Uncle Sam stands outside the Danbury Railway Museum.  For a decade in the 1970s, the Uncle Sam statue was a feature of the Great Danbury State Fair, a ten day fair every October for more than a century. 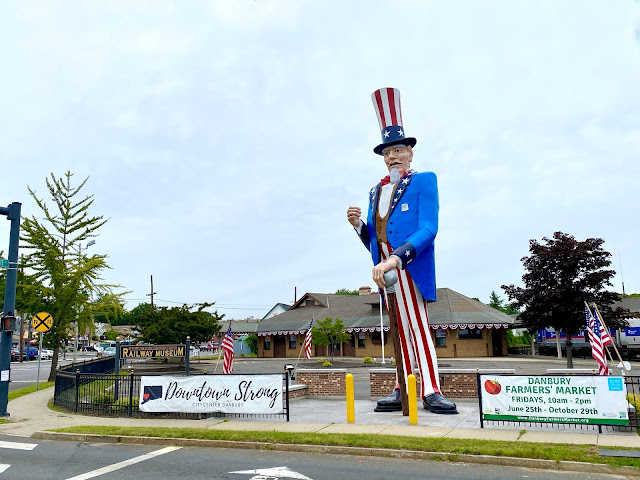 The fair shut down in 1981 and a shopping mall was built on the fairground site.  The 38 foot tall Uncle Sam statue was sold to a New York amusement park and bought back and installed here two years ago.

Good that it came back home.

He looks good for his age, Jack!

What a fine looking statue of Uncle Sam. Too bad about the loss of the Fair. Fairs were all about agriculture, and we have lost our agricultural traditions.

That is a fine looking Uncle Sam!