I have shown Lounsbury House numerous times.  Everyone in Ridgefield passes it on Main Street multiple times a day.  Every time, it calls out for attention. 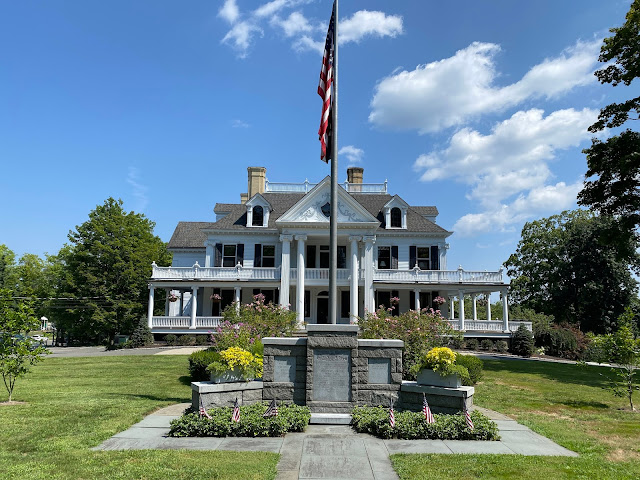 The most recent time I stopped was because the sky was blue and pink flowers hung along the front. 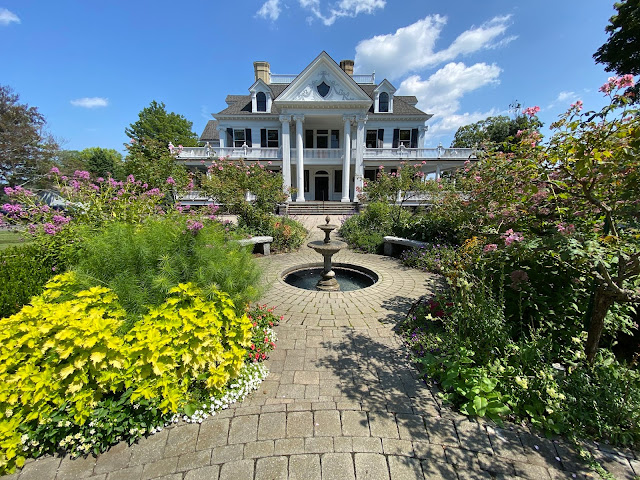 The plantings around the fountain but behind the war memorial were lush and colorful. 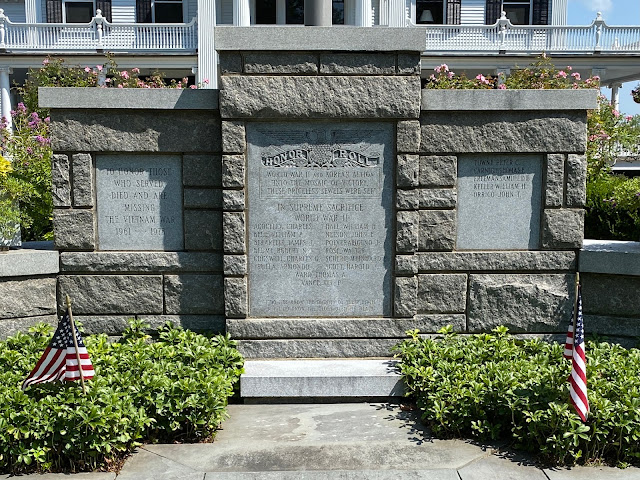 A month ago a group of veterans cleaned the war memorial that honors the local soldiers who died in World War II, the Korean War and the war in Viet Nam.

Another war memorial honoring soldiers from earlier wars is half a mile south on Main Street.  I have unsuccessfully photographed it several times.  I need to try again.

That is quite a setting, Jack! Great old house.

Jack, I can see why you are drawn to this house and its grounds. Most impressive, and a wonderful slice of history.

It's a beautifully symmetrical facade and thus very pleasing.