At the end of the 18th century, George Peabody was born into poverty in part of my home town.  Peabody became a wealthy merchant and financier first in Baltimore and then in London.  He took on a young Morgan lad, and the firm eventually became the predecessor of J. P. Morgan Chase and Morgan Stanley. 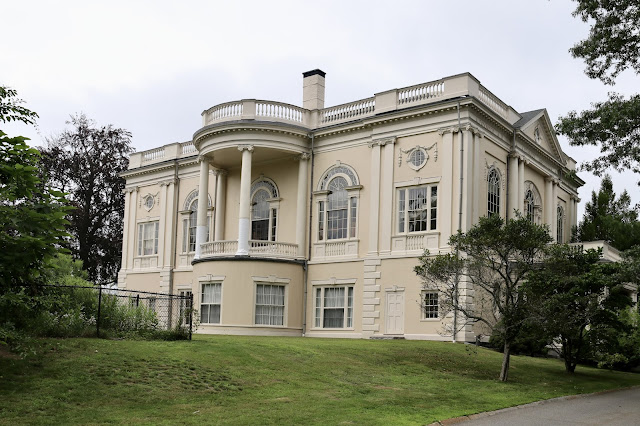 After retiring from banking in 1864, Peabody became America's first great philanthropist.  There are Peabody libraries, museums and educational institutions all over the eastern part of the USA.  This is Peabody Institute Library in Danvers, Massachusetts, the second library he funded.  My mother was a reference librarian here for 15 years or so.  The library was a short walk from the house I grew up in. 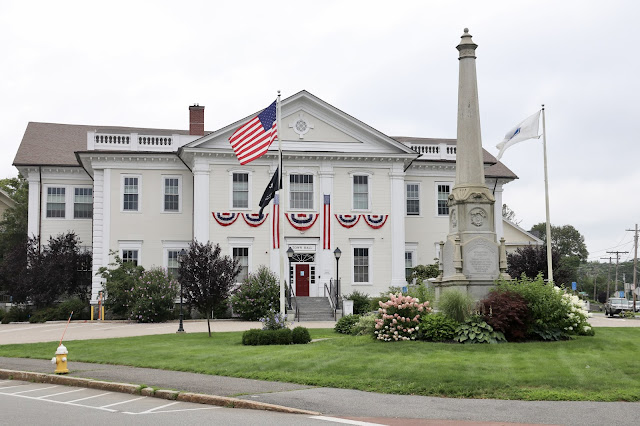 The town hall is a hop, skip and a jump down the street.  Growing up, I thought there was a requirement that every town had to have a conspicuous Civil War monument.

Back to look at your roots, Jack!

Fine looking buildings, and an interesting history. Civil War monuments are not uncommon.