I drove across the New York state line for a couple of hours.  Lewisboro is the New York town on Ridgefield's southwestern border.   It is a far suburb of New York City.  Many residents commute into NYC or the financial businesses along Route 95.  For others, their weekend homes are here. 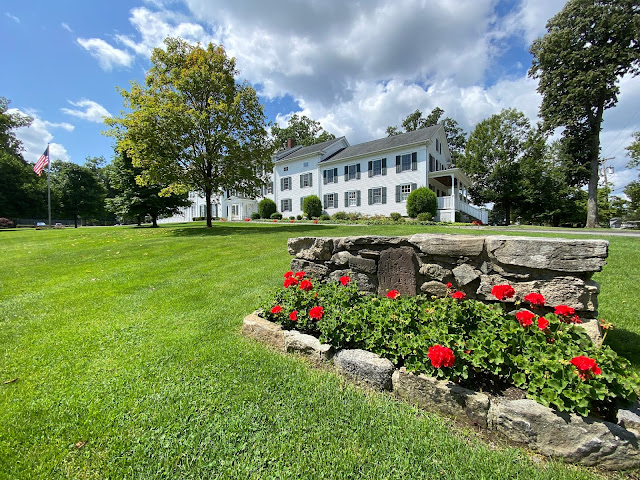 Waccabuc, one of the five Lewisboro hamlets, is one of the wealthiest zip codes in the country.   This little geranium-filled stone wall on the grounds of Waccabuc Country Club incorporates a centuries old tablet engraved "32 miles from New York." 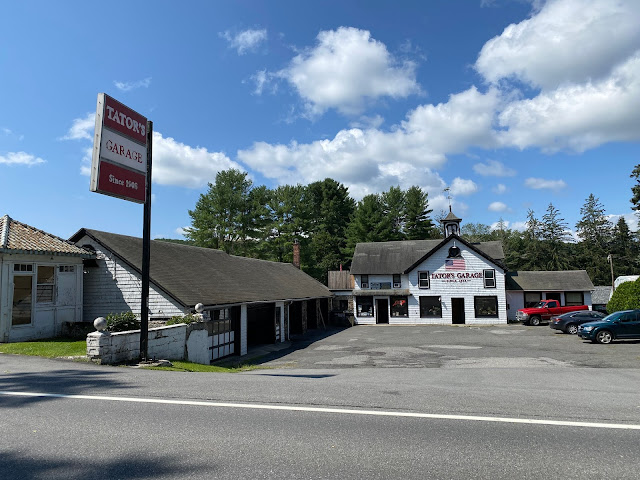 Two signs on the state highway running through Lewisboro point to Tator's Garage, an old automobile sales and repair garage.established in 1908.  I followed a sign into a second Lewisboro hamlet, Vista. 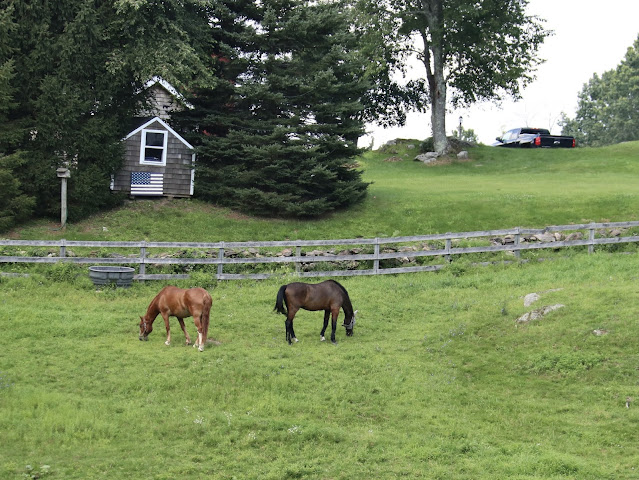 Horses graze on a farm in the third Lewisboro hamlet, South Salem. 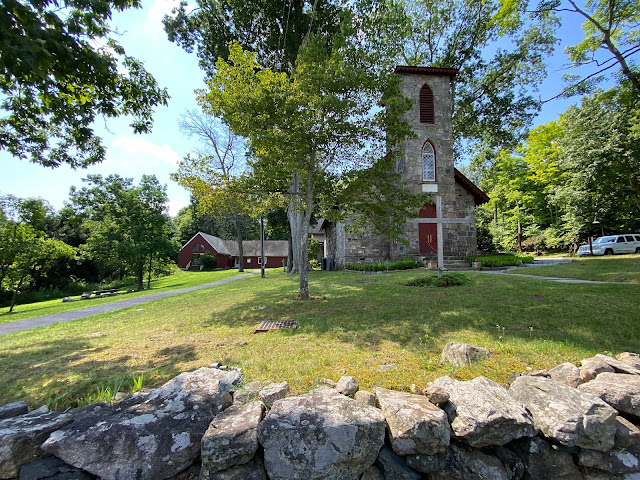 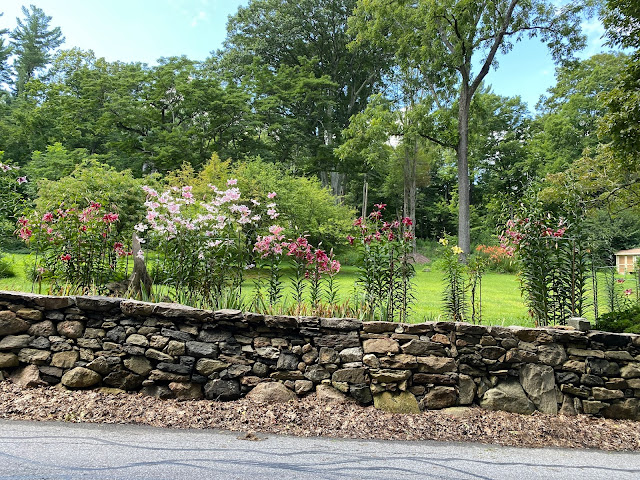 Someone in South Salem has lilies along a stone wall.

The other two Lewisboro hamlets are Goldens Bridge and Cross River.  Another day.

I love seeing dry stone walls (no mortar needed) which certainly have been made with a lot of care. Great little side trip into NY!

You seem to have lots of new things to explore, Jack!

Looks like a beautiful day for exploring. Everywhere looks so clean and fresh.

Thank you for the tour of this area. You found some lovely places to make photographs. Love your shot with the horses.