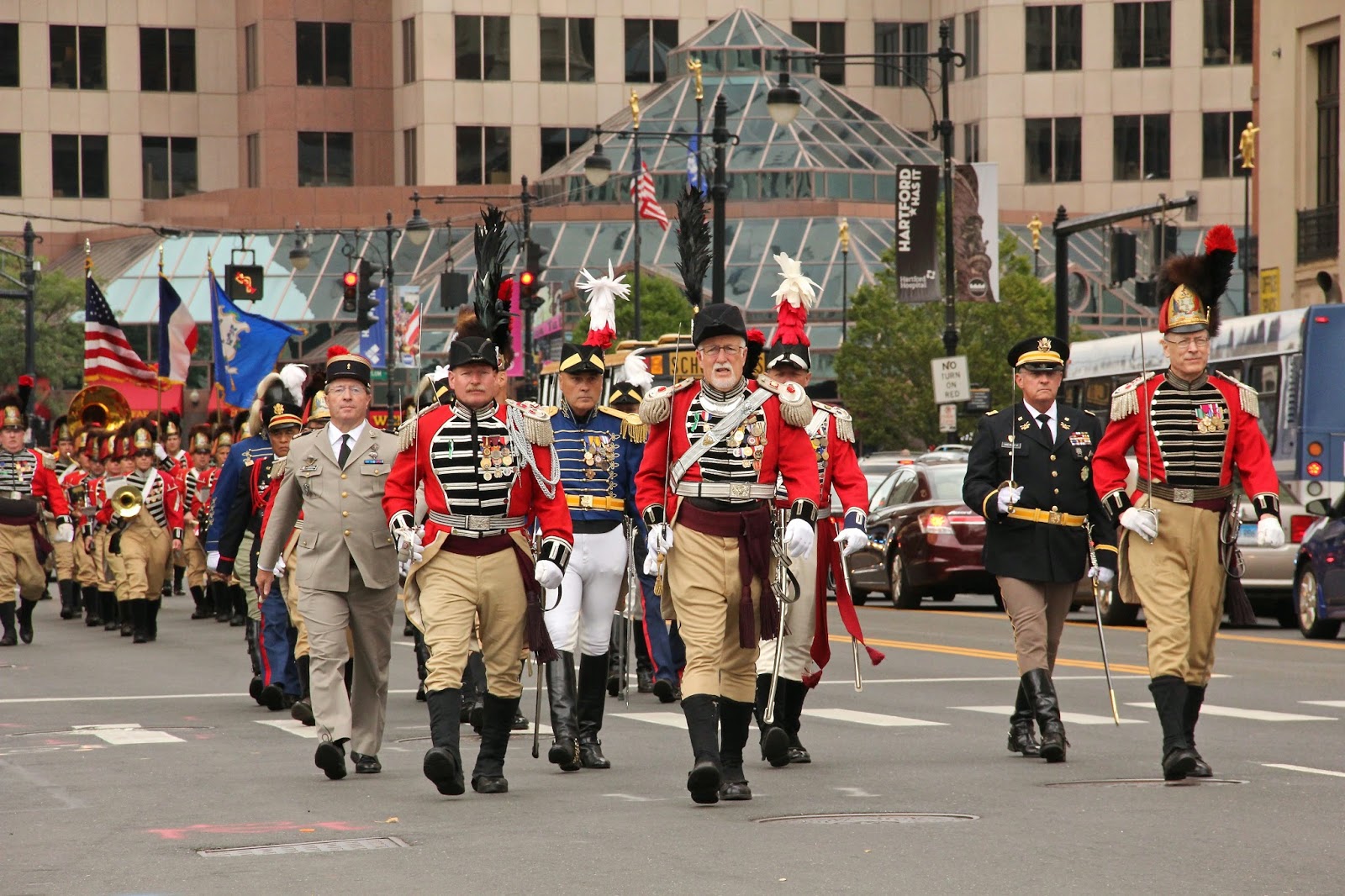 A French expeditionary force led by Comte de Rochambeau came through Connecticut in 1781 to meet George Washington in Hartford.  The combined forces proceeded to Virginia.  The siege of the British forces at Yorktown and the Battle of the Chesapeake led Lord Cornwallis to surrender. 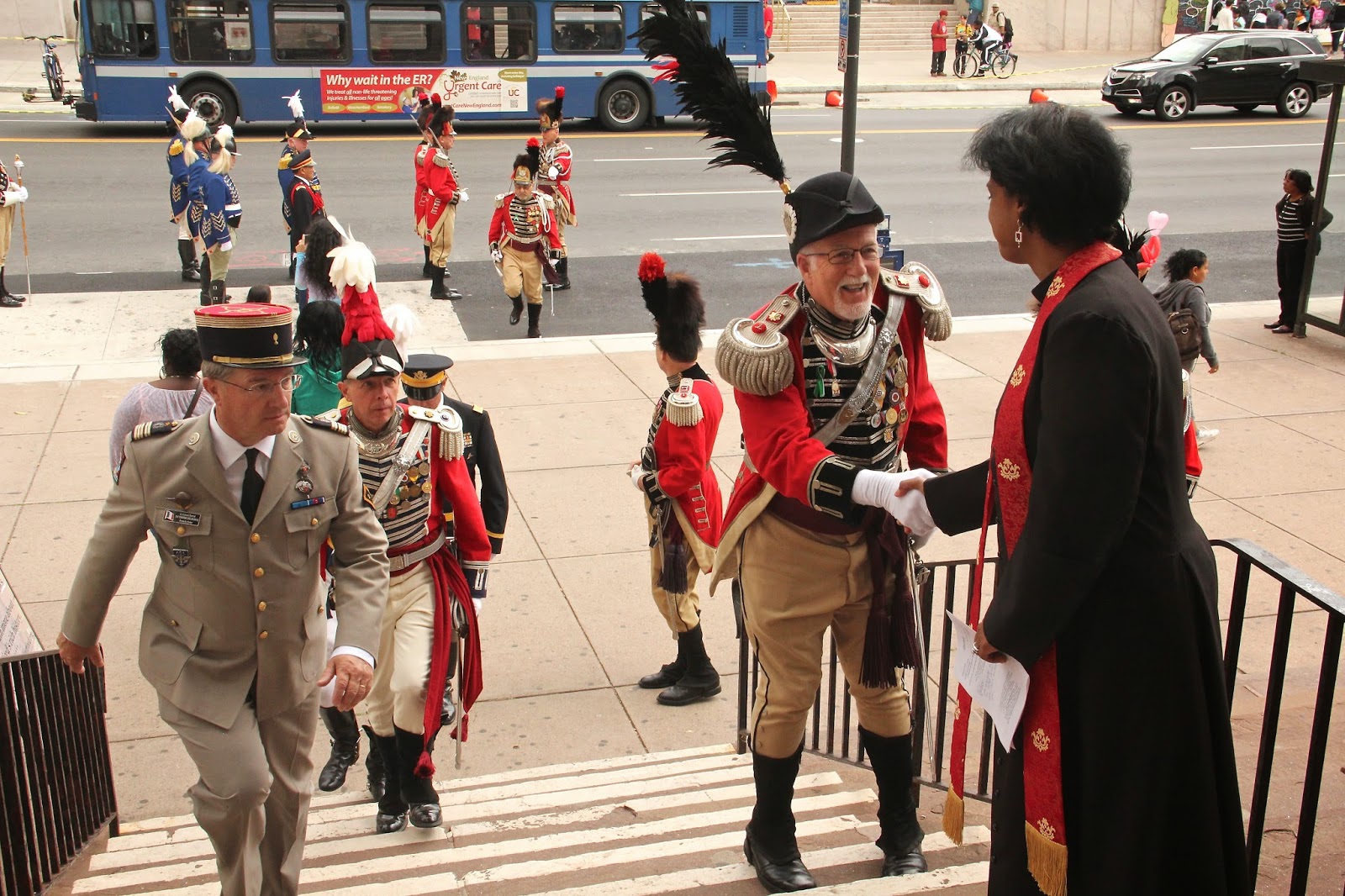 The Governor's Foot Guard marched from the Old State House, where Rochambeau
met Washington, to Center Church (founded in 1632) for the service. 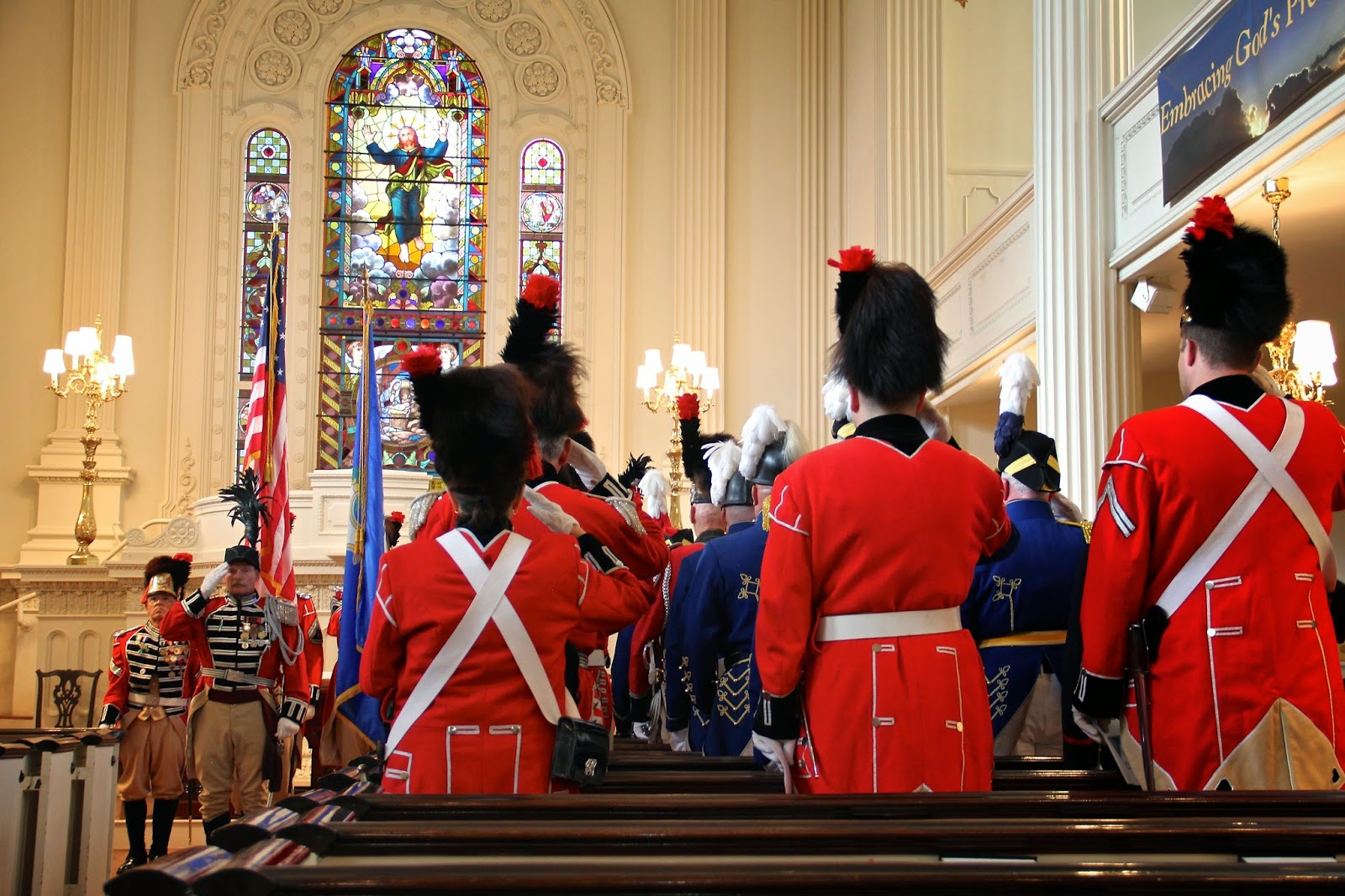 Glad to see french uniforms on your blog ! :o)

The uniforms are beautiful and I love the church background as well!
Léia

My guess is that the uniforms are a lot cleaner and neater today than they were when used by 18th Century soldiers.

Brilliant first image, all those wonderfully uniformed gentlemen coming straight towards you Jack.. prime position you had there !

I love seeing the uniforms and that stained glass in the church is beautiful! I have been watching the Ken Burns documentary series about the Roosevelts on PBS too. The episode about Warm Springs and polio was especially interesting to me because both my mother and father contracted polio in 1954 when I was a baby. My mother died from it, but my father spent a year at Warm Springs. He had been told he would be in a wheelchair for the rest of his life, but the wonderful people at Warm Springs disagreed and he came home walking with the help of a brace on his leg.

Great photos from this colorful event. I love all those handsome uniforms!

What a great, colorful event and I do love your captures for the day, as always, Jack!! Dashing uniforms indeed! So much fascinating history in your part of the country! Thanks for sharing! Have a great week!

Lots of red! I don't remember learning about Comte de Rochambeau in history classes...or maybe I have simply forgotten.

There is always something going on in your city and I love that (as well as you documenting it for us!)

Hartford was the place to be last Saturday. So much to see and do there. I participated in the Envision Fest going on in and around Bushnell Park, but was not able to do any photography :(

Where can I get one of these to try on? Dashing!

The ceremonial uniforms are quite a standout, Jack!

Rebels and their wily French allies keep celebrating Britain's misfortunes... (I am still commenting from London)

These uniforms are beautiful, great reportage from this event, Jack!

Whoever said that boys didn't like to play dress-up?