The Genius of Connecticut

In 1878 the sculptor Randolph Rogers crafted an 18 foot tall, 3.5 ton bronze angel to stand atop the Connecticut State Capitol.  Her popular name is the Genius of Connecticut. 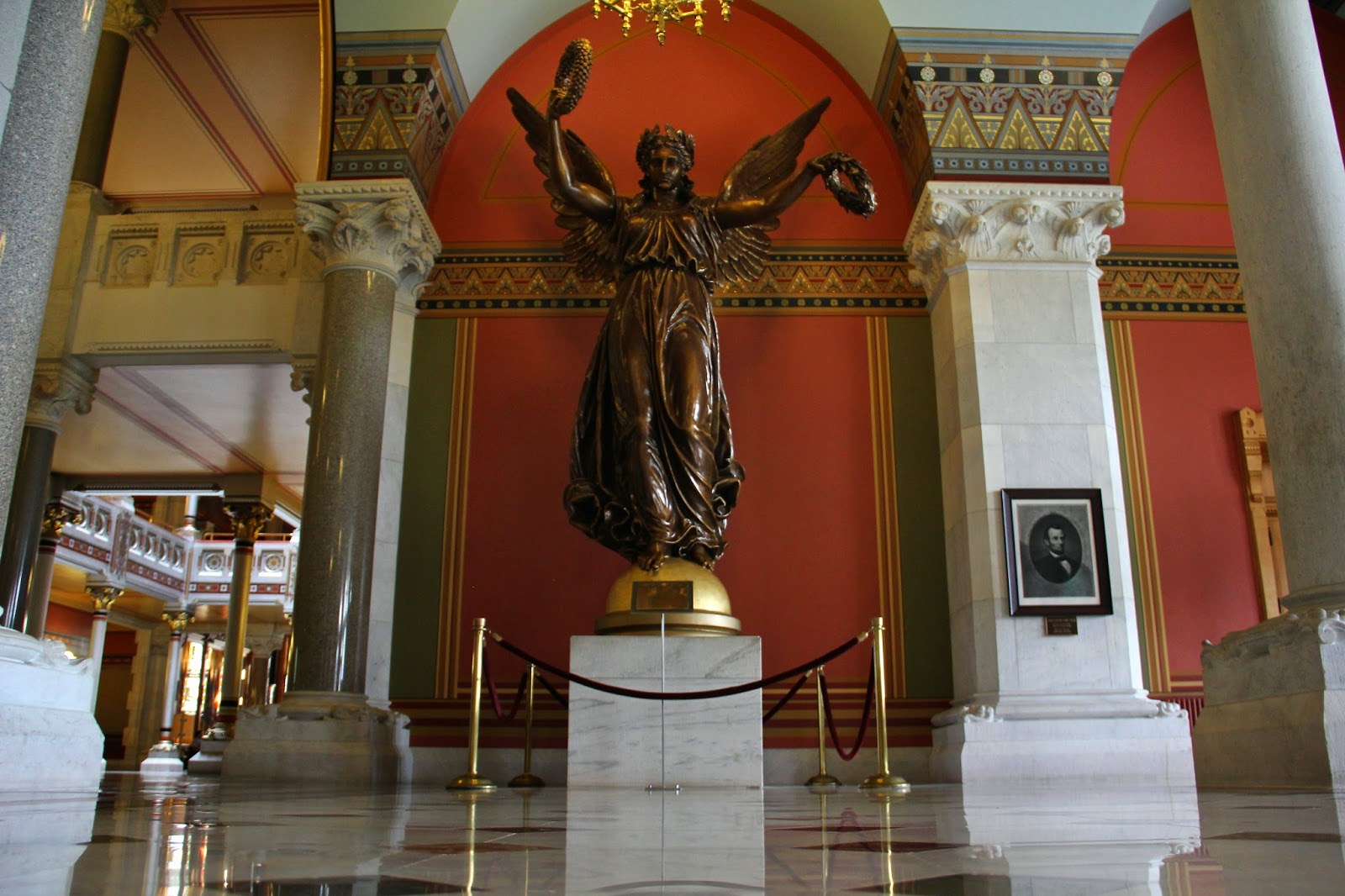 The hurricane of 1938 damaged the statue so she was removed and stored.  During World War II she was donated to the war effort to make ammunition.  The plaster cast to make Genius was painted bronze in the 1980s and placed in the Capitol's north lobby. 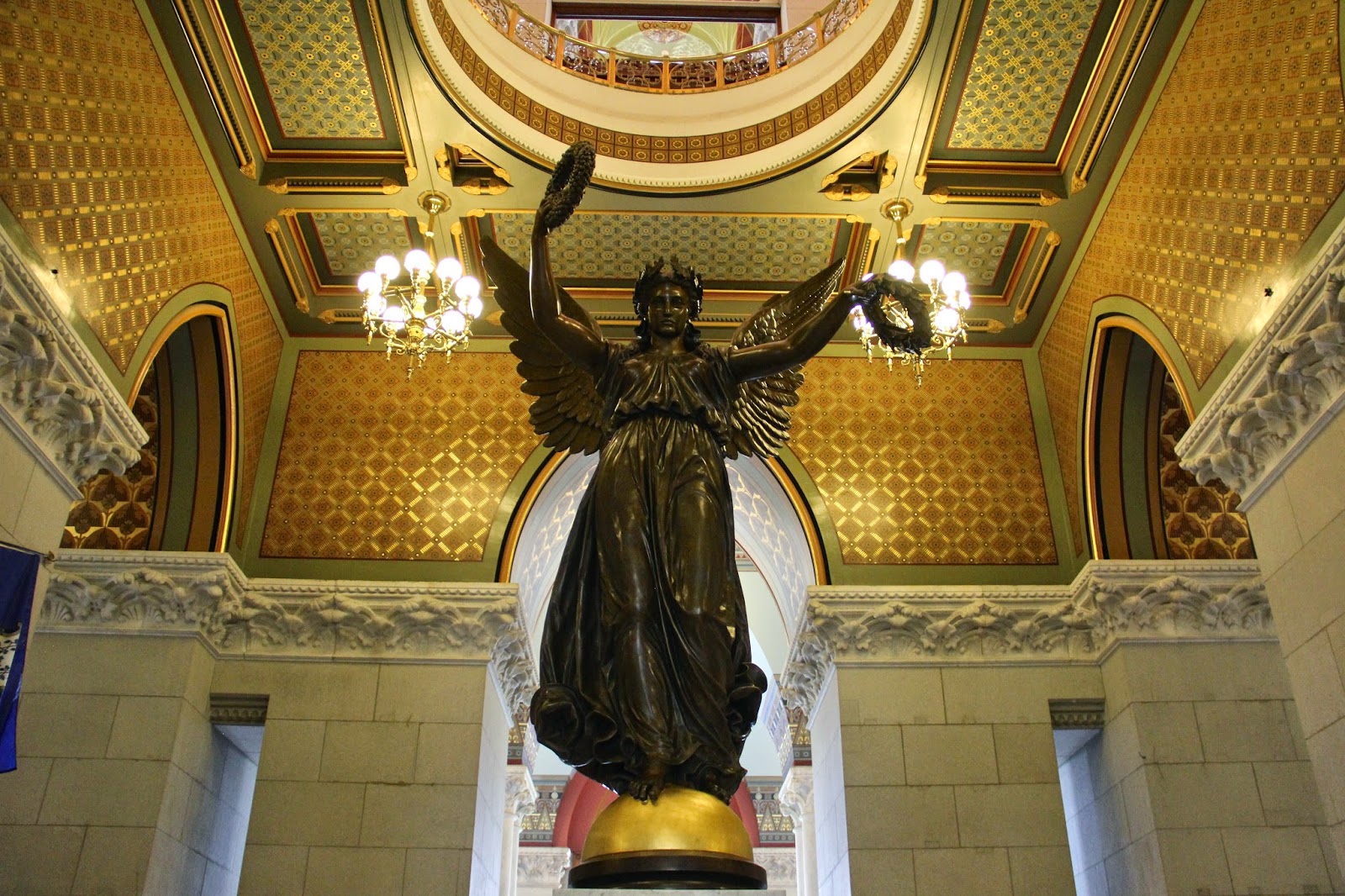 Later, a laser copy was made in bronze and was placed under the Capitol's dome.
Some people want her put on top of the Capitol again.
The rest of us have other things to worry about.
Posted by Jack at 5:30 AM

No matter where it is, it's quite impressive, and of course I love your wide angle shots.

She is beautiful. She does have that "top of a building' look to her but I think she looks just fine right where she is.

Amazing that an important work of art would be melted down and treated as scrap metal, even for the war effort. Other efforts were made during the war to save art.

It is a beautiful statue and seems to be in a good place where she can be enjoyed by visitors to the capitol. There does seem to be more important issues to deal with these days, however, than moving statues?? But what do I know??? Great post/photos for the day as always, Jack! Have a wonderful weekend!!

I'm with you on this one, Jack!

I think it's best left where it is. It's a beautiful setting for a gorgeous sculpture.

She is probably safer where she is!

Well, it looks like the old girl has gotten around. And her current surroundings are rather grand.

WOW! Both shots are stunning!

pretty!
i checked your blog in the train on monday. but then i couldnt comment as the connection was so awful... :(