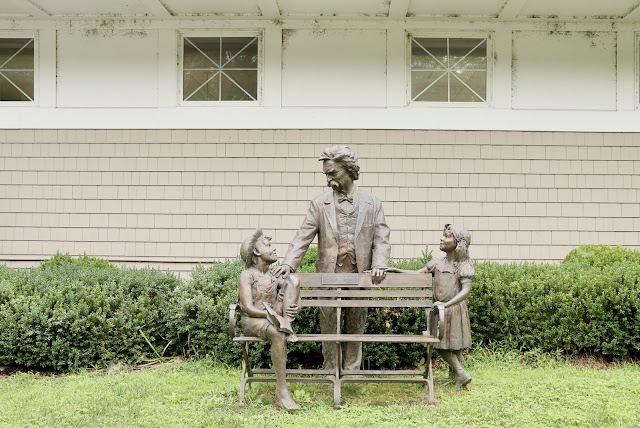 Samuel Clemens (the author Mark Twain) lived his last two years in Stormfield, an Italian villa built for him in 1908 in Redding, a town on Ridgefield's eastern border.  He died there in April 1910.

(Stormfield was listed for sale two weeks ago for nearly $5 million, but it is on a large property and down a long driveway, so I was not able to photograph it.) 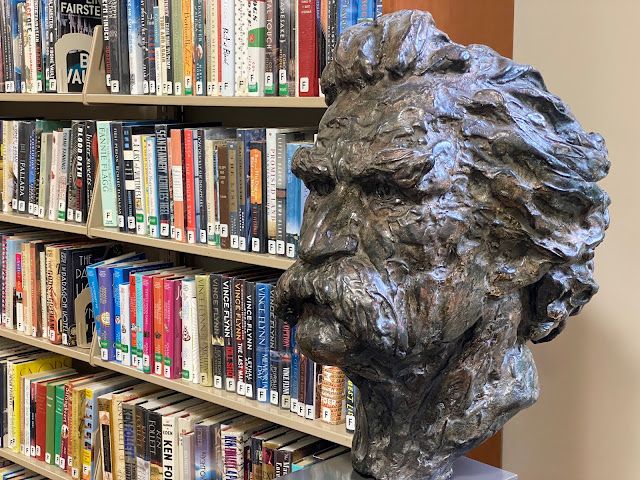 Two months after Twain died, his daughter Clara donated Twain's personal library in Stormfield to the directors of a library to be built in Redding.  In 1911 the Mark Twain Memorial Library was opened.

A year later Andrew Carnegie endowed it with a fund sufficient to support it. 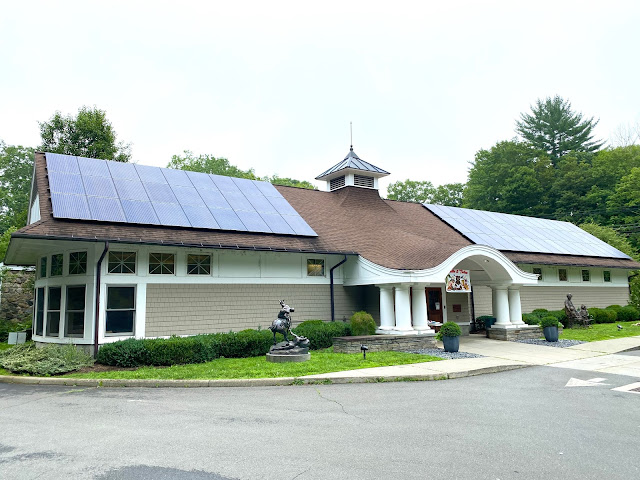 I support renewable energy, but I'm not excited about solar panels on the roof of a historic building. 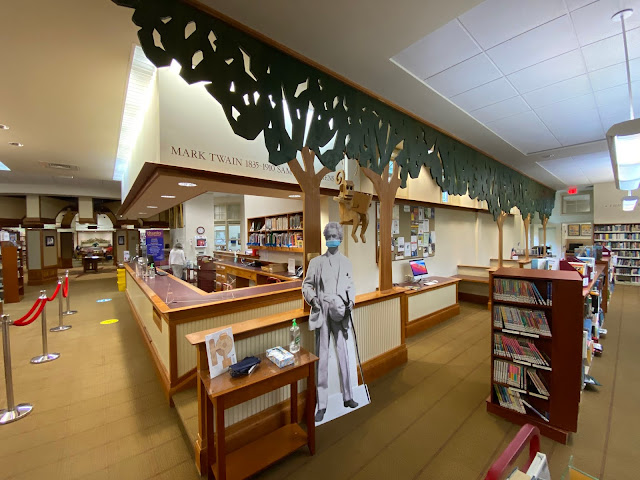 Many Twain sayings are written high on the library's walls. 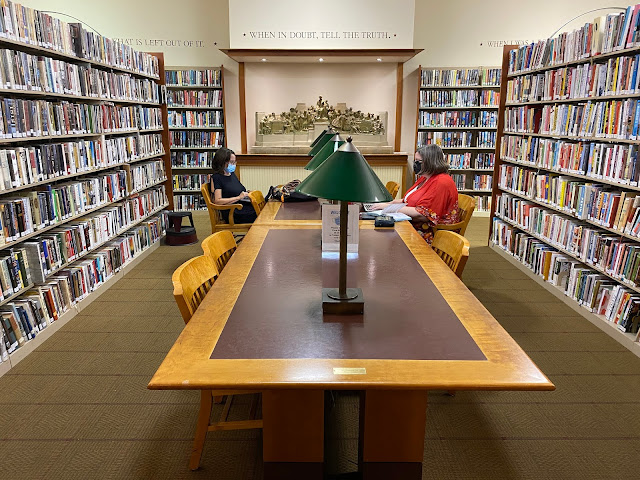 At the end of the reading room:  "When in doubt, tell the truth." 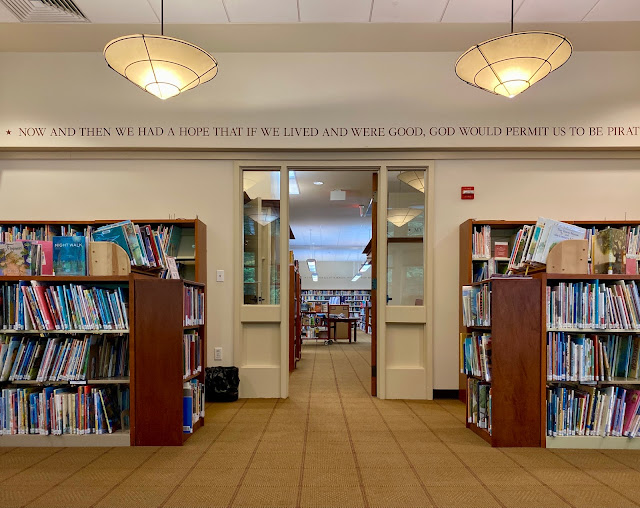 "Now and then we had a hope that if we lived and were good, God would permit us to be pirates." 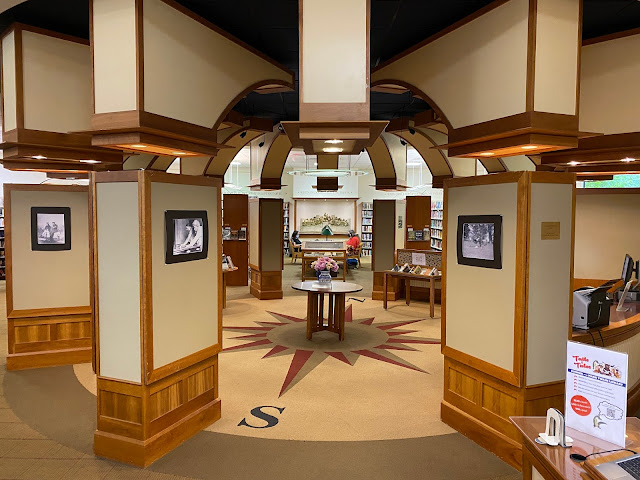 It is a beautiful library, Jack!

What great architectural details both outside and inside.

I have always admired Mark Twain (Samuel Clemens) and his works. The Library looks great, and I don't mind the solar panels. They will keep costs down while helping the environment.

Twain was one of a kind.

I'm OK with those panels, if they are helping their bills to stay down and to keep the place open. We're really all going to have to do some reckoning I think. Do you have some ideas about what could be done instead? I'm not being a smarty-pants by asking that question. It's serious. I don't have many ideas......