An IBM alum, Ken now recruits healthcare executives and professionals.  He has two amazing adult sons, the best wife in the world and -- you guessed it! -- a refreshingly upbeat attitude.  Ken often works at a table outside Starbucks while Carrie works her charms on passers-by.  Ken drives the same red Tesla that I drive.  In a future career, he could do Tesla commercials. 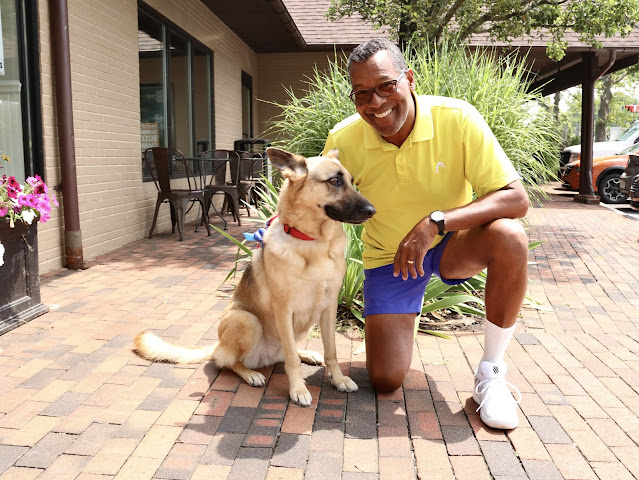 Ken and his wife are from southern California and intend to return when they retire.  Meanwhile, he is a one-man Chamber of Commerce for the virtues of Ridgefield.  (Are you detecting a theme?)  They lived here for five years in the early 2000s and came back for their second stint four years ago.

A good shot of both of them, Jack!