Keeler was one of the common names in 18th century Ridgefield.  Last month I showed Keeler Tavern, a structure from 1713 that played a role in the American War for Independence as the British soldiers came down through Ridgefield from Danbury on their way to the Long Island Sound. 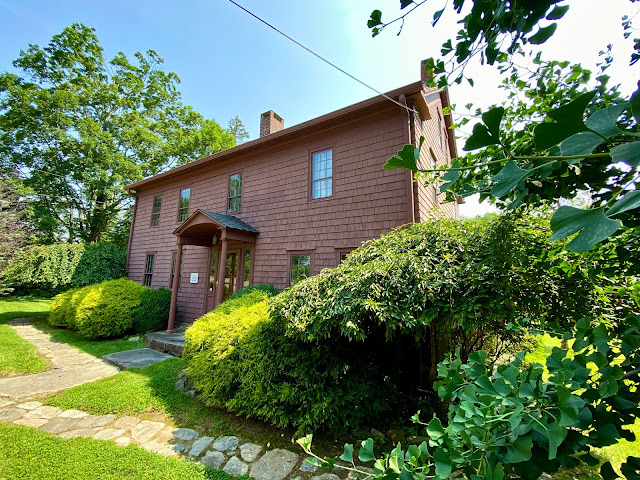 This is the 1765 Josiah Keeler house, a few miles further north.  There were skirmishes here, too, as the outnumbered patriot militia engaged the British troops.  In the early 20th century, the house served as the town's almshouse.  These days it has been nicely renovated.  It is for sale.

It is so old, Jack! And in good shape.

The things those windows have seen!