Kurt Waldheim was Secretary-General of the United Nations from 1972 to 1981.  He wanted a country getaway and found it in a house he rented down the street from my new Ridgefield home.  After his term at the U.N., Waldheim returned to Austria and was elected President in 1986. 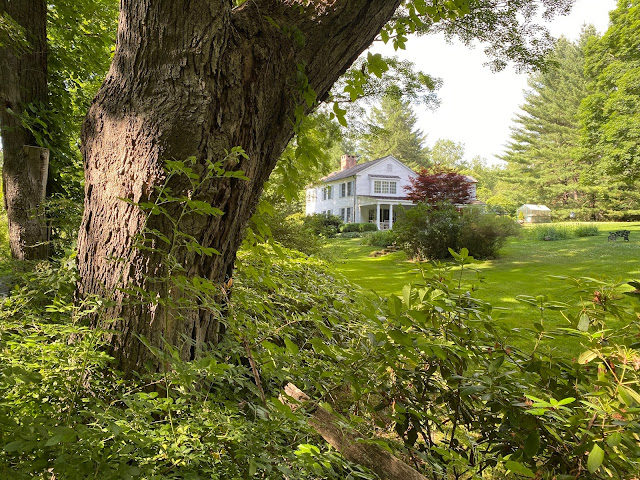 Before the election and throughout his term, Waldheim was accused of participating in Nazi war crimes when he served as an Army officer in World War II.  An Austrian investigation concluded that Waldheim had not personally participated in war crimes, but an American investigation concluded that he had.  Waldheim was banned from re-entering the United States.
Posted by Jack at 5:30 AM

A proverbial cloud of suspicion.

Skeletons in the closet of so many people.

I did not know that he had been banned from entering the US but I wonder if I just forgot it. I do remember his time at the UN.

Ditto...forgot or never was aware that he'd been banned from the US. Nice house. Your new one is...?

I grew up in a time and a place where there were many former POWs who never returned to Germany after the war. Some were the fathers of my schoolmates and others lived nearby, farming on a small scale. They became part of the community and no one ever questioned what they did when they served in the Nazi army.

I remember the Waldheim case, but did not know he had been banned from the U.S. He was a prominent world figure for a long time, and apparently he had good taste in getaway housing. BTW, Jack, thank you for your recent comments on my blog. You are most kind.

In Ridgefield, Connecticut, on a quiet country road a few houses beyond this one.