Why red?  It was common in colonial days, a mixture of red ochre, milk products and perhaps linseed oil.   It is still popular today, on a wide range of houses, from true antique colonials to newish houses. 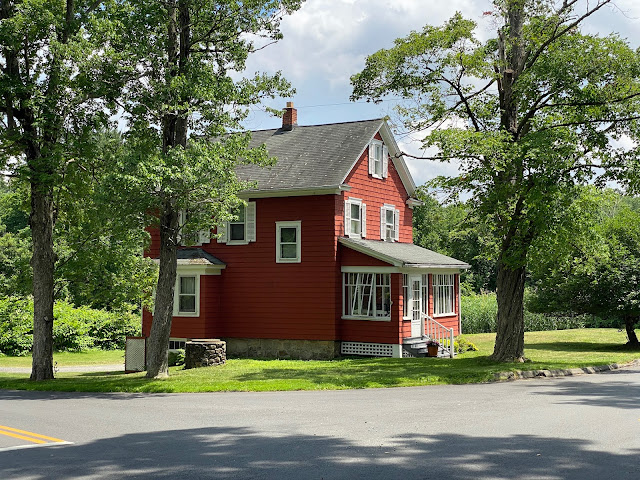 A simple older (but not antique) red farmhouse. 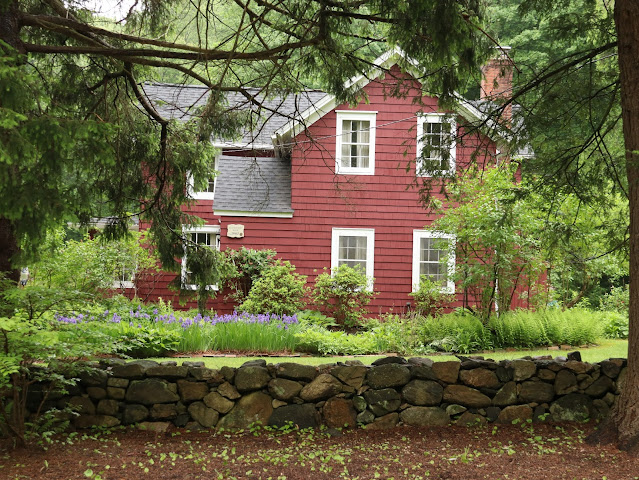 Maybe a red house from the turn of the 20th century? 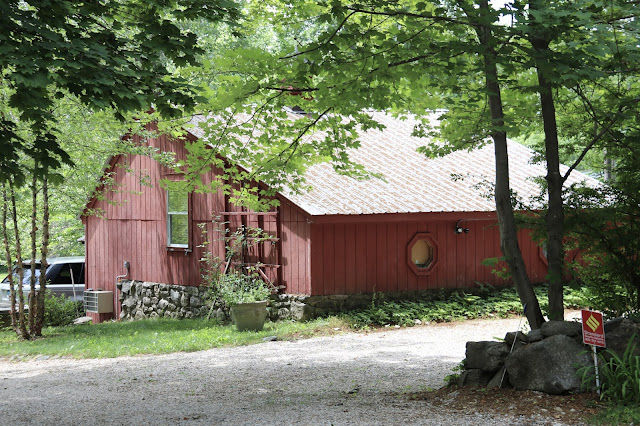 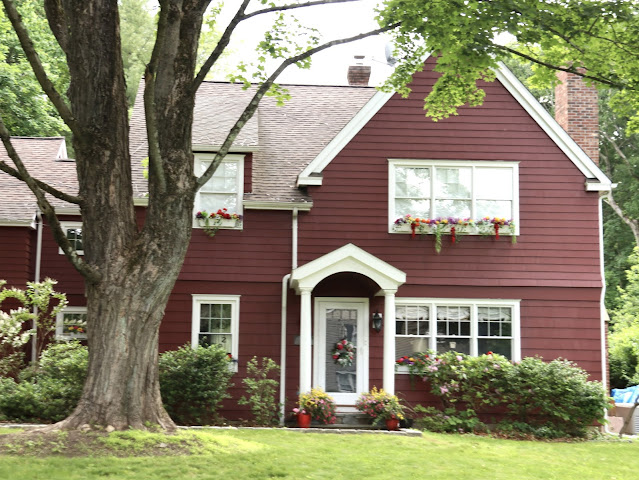 Red so dark it is almost brown. 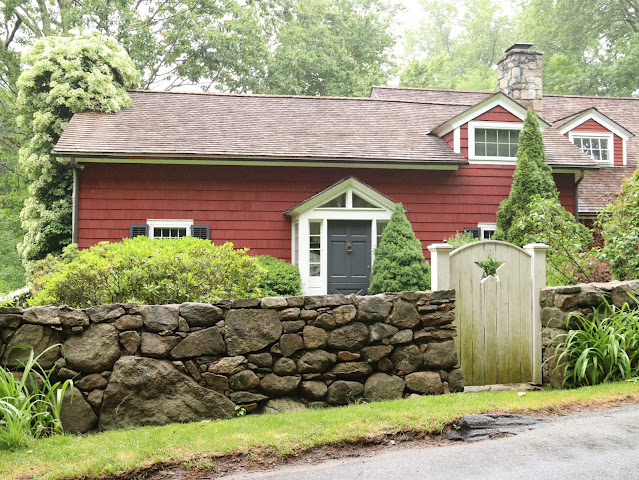 Kind of an old red house. 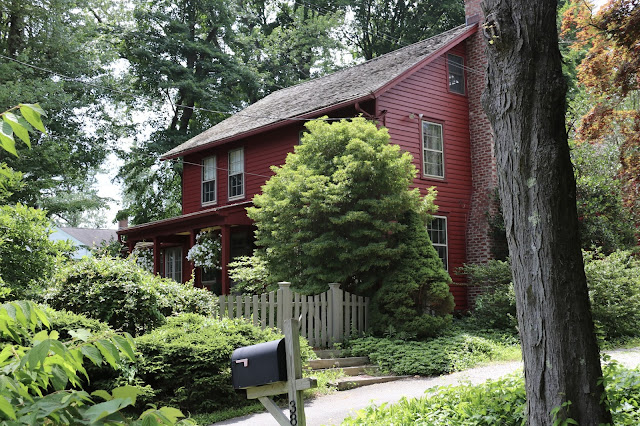 I suspect this red house has an 18th century house underneath its later additions.

The red reminds me of the red one sees in so many Scandinavian scenes.

The same paint mixture was used on barns through the mid 20th Century. This mixture of "paint" was used because it was inexpensive and preserved the wood. We have come to like the color.