It felt like Fall, so I went to see Trinity College play football.  They are good for a small college, but not in the league of Big Ten or SEC football.  They slaughtered Bates. 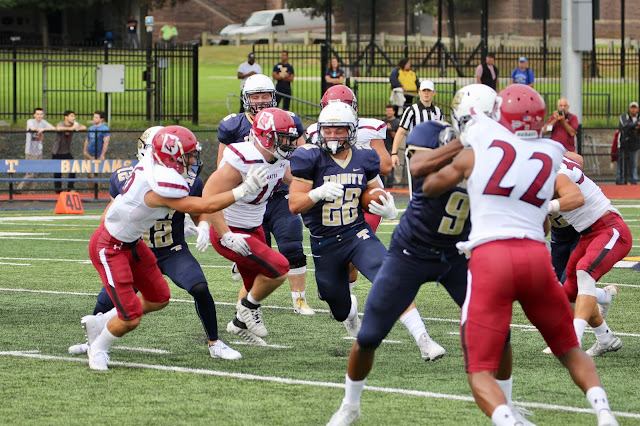 Trinity is in blue and Bates is in red. 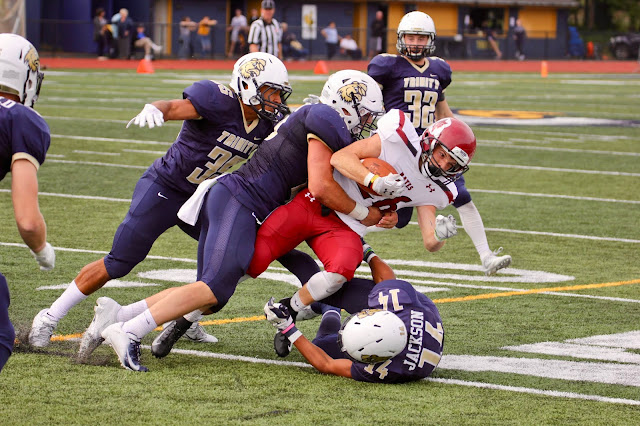 This play wasn't anything special, but I thought it captured the action well.  Sports photographers must have a hard time deciding whether to pick a shot that shows an important play or
a shot of an unimportant play in which the photograph and action are good. 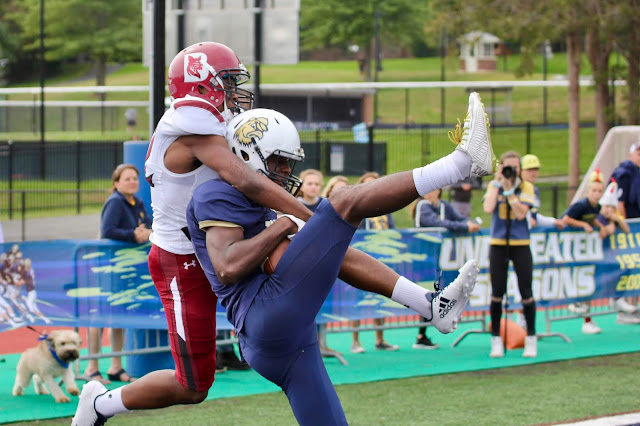 To illustrate:  This was a good catch for a touchdown, but not an especially good photograph. 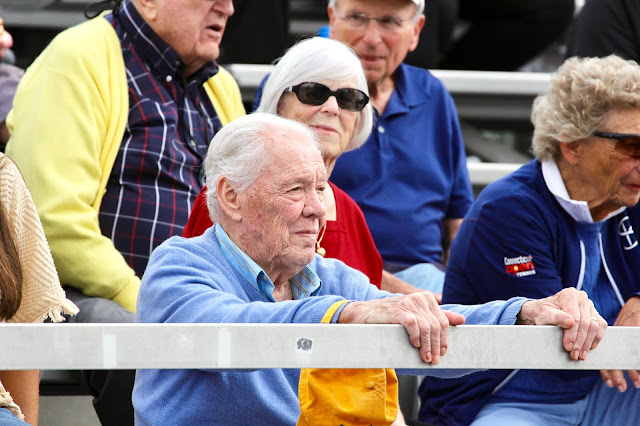 I wish I looked as distinguished as this gentleman in the crowd. 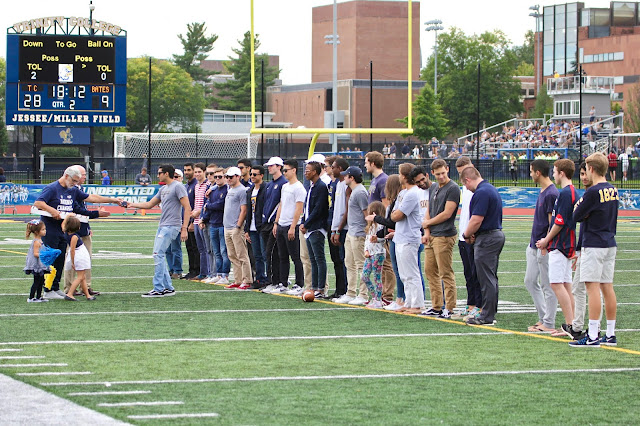 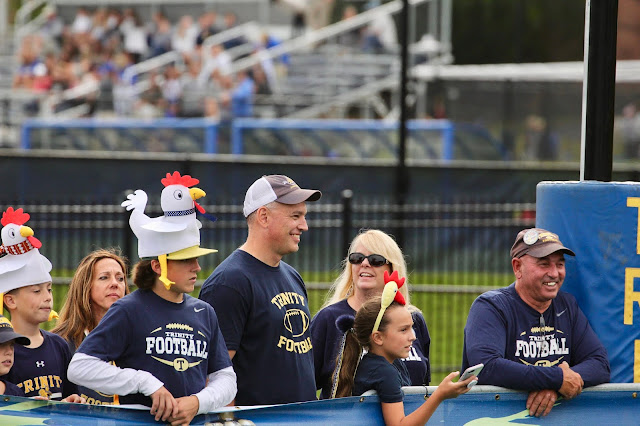 Trinity teams are called the Bantams. 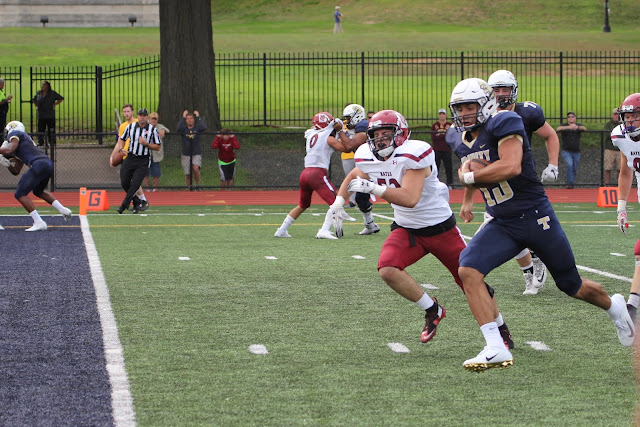 The Trinity quarterback kept the ball and ran it in for a touchdown. 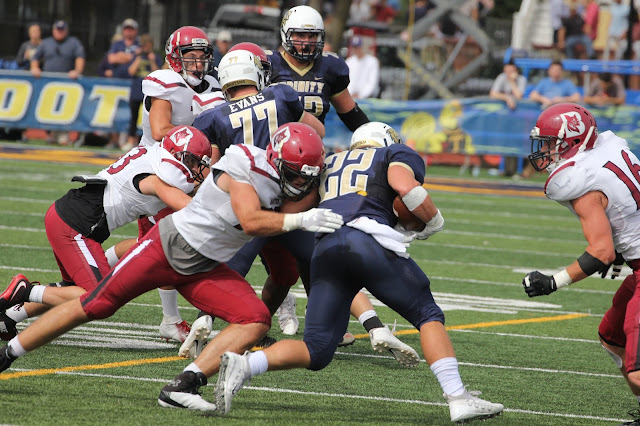 Another big run for Trinity. 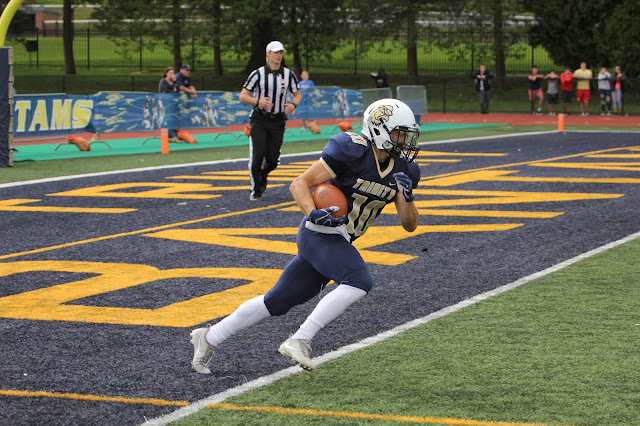 This Trinity player fielded a kickoff in the end zone and ran it out 47 yards.  Great run. 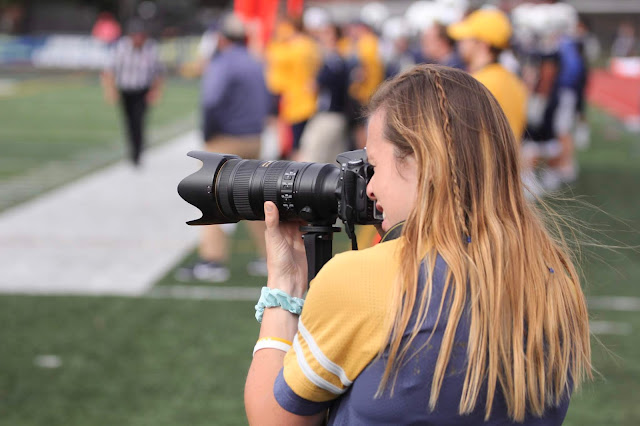 Early in the third quarter the Trinity newspaper photographer had already taken 1800 shots.
I can't imagine how much work she will have to sort through and edit them.
Posted by Jack at 5:30 AM

I think in days of film, photographers had to be more discerning about what pics to take. But maybe they missed fabulous things. Still 1800 shots sounds a bit extreme to me! Your pics were great action shots, Jack!

Fine action photos of this fall tradition. Yea for the home team.

You got some great action shots here. 1800 phots to edit is a bit daunting.

Outstanding photos! I disagree about the touchdown photo. The way the players are tangled in the air with their arms and legs defining their purposes - it is a great photo!