Out of the Jurisdiction: Ouarzazate to Marrakech

It was a long day.  We began with a tour of a kasbah designed for short people, so I couldn't go in.  We then went to a cinema museum that didn't interest me, followed by a long, bumpy and winding ride over the Atlas Mountains to Marrakech.  I was on the wrong side of the coach to take pictures. 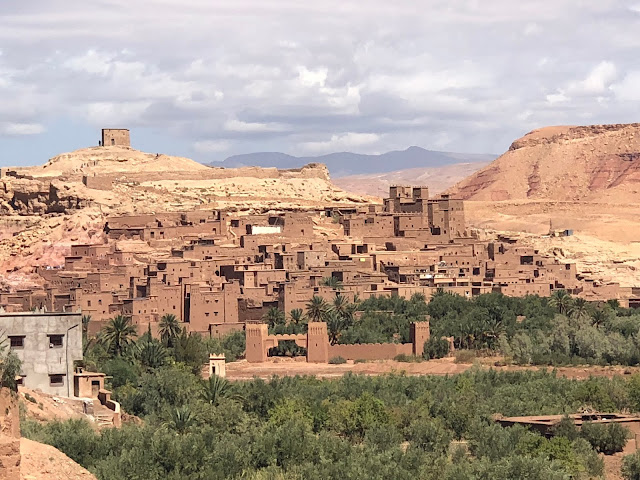 So, for today I offer only a placekeeper photo.  This is the UNESCO World Heritage Site of Ait-Ben-Haddou, a fortified village in the Atlas Mountains on the caravan route between the Sahara Desert and Marrakech.  Many movies have been filmed here.  It is now almost completely abandoned.
Posted by Jack at 5:30 AM

Oh dear, that's the trouble with organised tours, but I wouldn't fancy tackling that part of the world on my own.

I hope the rest of the tour goes well, Jack!

Oh but what a placekeeper photo it is! I love it. It reminds me so much of the native American pueblos in the southwest. Gorgeous.

What an incredible view!