Out of the Jurisdiction: Mosque of Hassan II in Casablanca

Casablanca is a big, modern, business-oriented city.  The one big feature that gets tourists' attention is the Mosque of Hassan II, built in the 1990s to honor the king who reigned from 1962 to 1991 and who is the father of the current king, Muhammed VI. 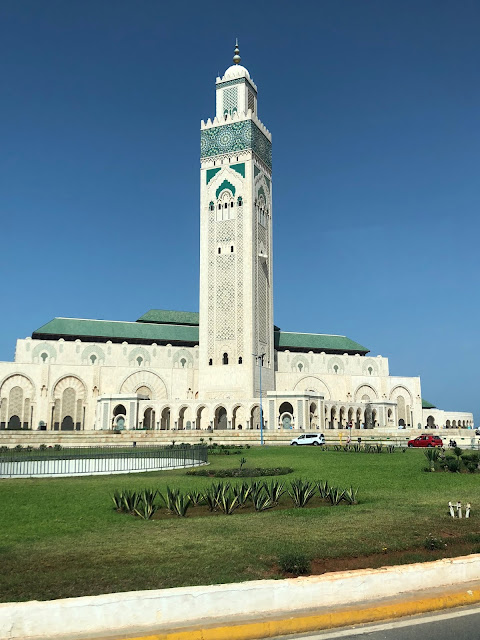 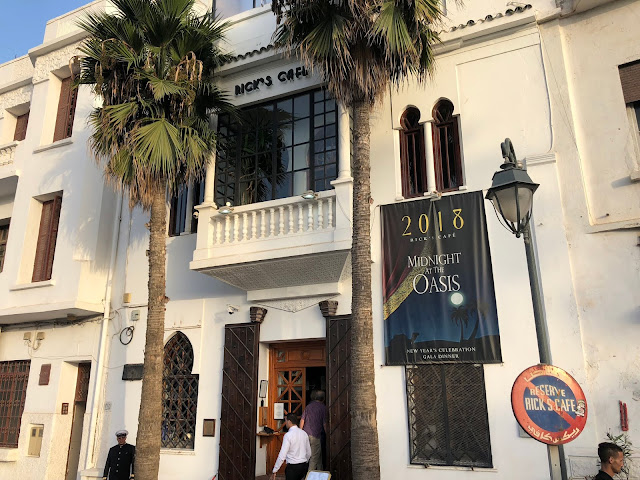 Oh, yes, there is one more sight that American tourists flock to.  Rick's Cafe.  Casablanca.
Posted by Jack at 5:30 AM

Love the movie and would probably go there even though it is so cliche!

The minaret particularly impresses me.

Many years ago I stayed in a mud-floored house at a Berber village in the High Atlas. There on the wall the owner had displayed a certificate which confirmed that he had paid his taxes. He then showed us a postcard of that mosque and proudly told us that was where his money had gone!

How fun! I would have visited Rick's Cafe too! Beautiful photos!