Out of the Jurisdiction: Koutoubia Mosque in Marrakech 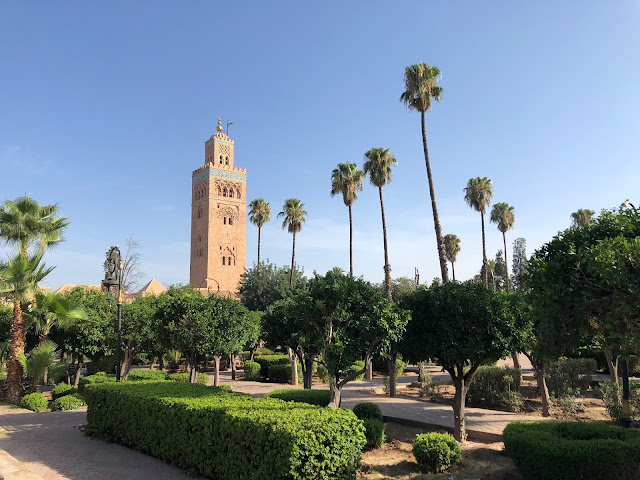 The Koutoubia Mosque -- or mosque of the booksellers -- is visible from many points in Marrakech.  It is the symbol of Marrakech.  It was constructed in 1184-1189 by the Almohad dynasty after they defeated their arch enemies, the Almoravids, and captured Marrakech. 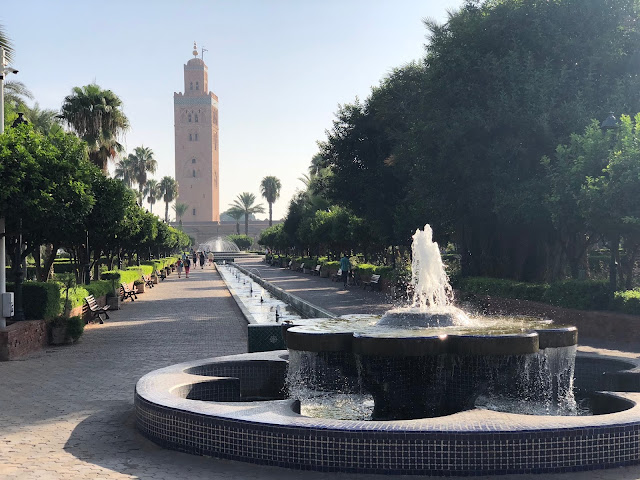 The minaret is 77 meters tall.  It replaced one on an adjoining site that had been misaligned toward Mecca and fell into disrepair and has been removed (except for rows of columns).  The Koutoubia Mosque is the model for other mosques around Morocco, including the Tour Hassan in Rabat. 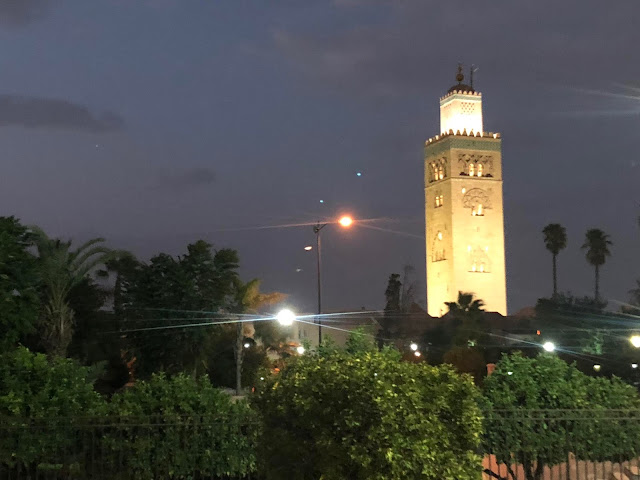 Such a beautiful place to take a stroll.

Looks lovely all lit up.

Glad I looked in, Jack

Pretty impressive Jack. It looks incredible all lit up.