The Pilgrims first landed in Provincetown on November 21, 1620, before going on to Plymouth.

A 253 foot tower was constructed at the highest point in Provincetown beginning in 1910.  There are 116 steps and 60 ramps, not too challenging.    I walked up on one of the hottest days of the summer.  The thick granite walls and breezes through the window openings made it cooler inside. 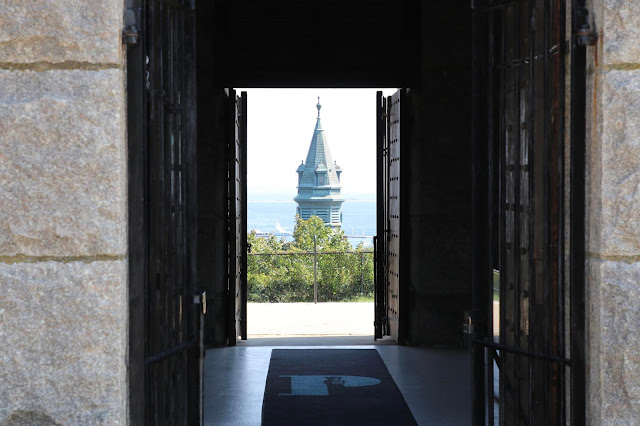 At ground level, there is a view through to the steeple of a church in town. 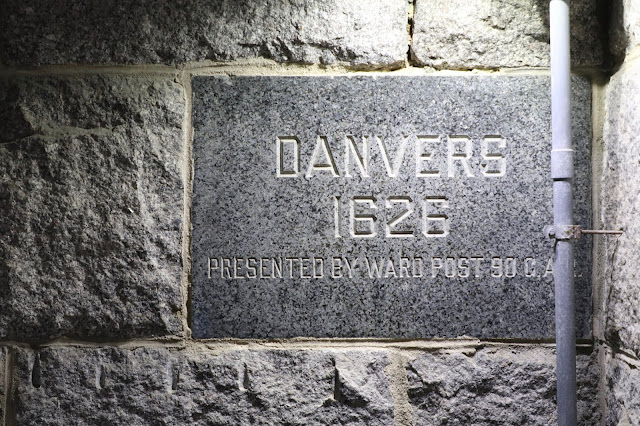 The walls inside have plaques for most of the cities and towns in Massachusetts and for several other places in New England.  My home town of Danvers, Massachusetts, was founded in 1626,
just six years after the Pilgrims landed in the New World. 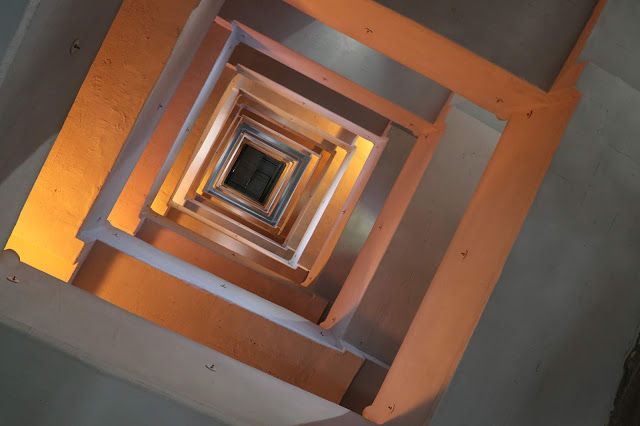 The view up was kind of cool. 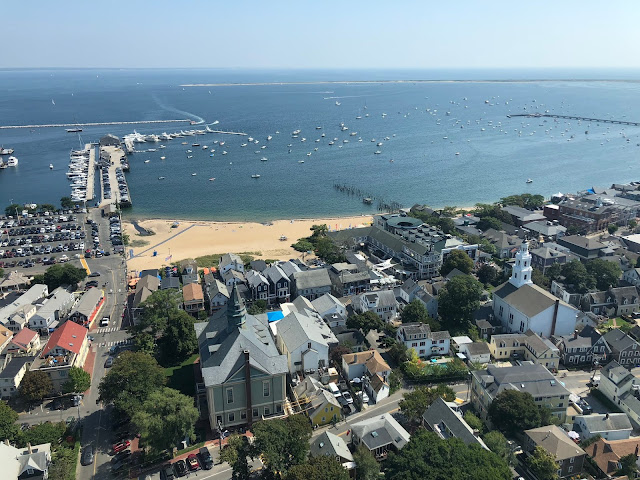 From the top of the tower, there were views in every direction.  This view looks toward the commercial district of Provincetown and the harbor on Cape Cod Bay. 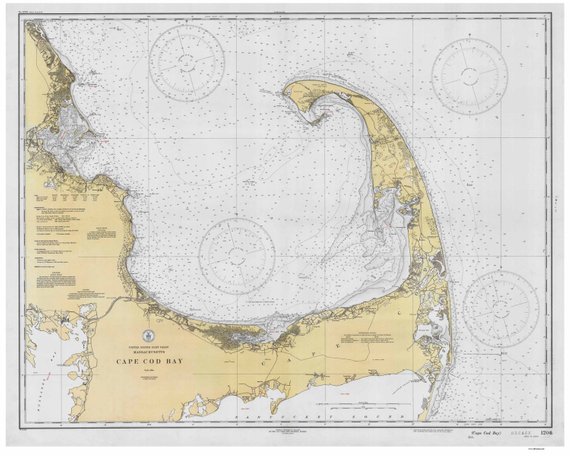 If you ask someone about a location on Cape Cod, inevitably they will make a fist, adopt a "muscle man" pose and then show where on their arm the location is.  Provincetown is at the fist.  I stayed with friends in Eastham, on the inside of the elbow, on the bay side.  Cape Cod National Seashore, the subject of Friday's post, is midway up the outside of the forearm, on the Atlantic side.
Yesterday's photos of Boat Meadow and Rock Harbor were taken in Eastham.
Posted by Jack at 5:30 AM

Excellent photos, esp the framing of the tower.

Fabulous views, Jack! Thanks for the map so we could see where everything was located.

I haven't been to Provincetown for around 40 years (yikes)! These are great photos. Thanks for making the climb for us. That view is amazing.

Love your photo looking up the stairway, and your photo of the harbor.

Looks like a great way to spend the day. Funny....I've never heard the 'muscle man' reference before. I like it! (This from the Michigander who uses her right hand to show people where she grew up in the mitten state. A true native will also incorporate their left hand to depict the Upper Peninsula.)

Wonderful photos! I especially like the framed steeple and the view up the staircase.