Out of the Jurisdiction: Hoorn 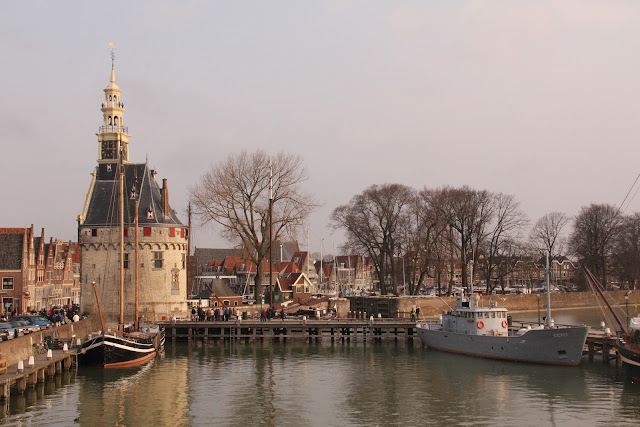 During the Netherlands' "Golden Century" -- the 1600s -- Hoorn was an important harbor town in North Holland.  It is on the IJsselmeer, a large body of water previously known as the Zuiderzee until the 1930s, when a new dam was built to separate it from the North Sea.

The headquarters of the Dutch East India Company were in Hoorn.  Sailors rounding the bottom of South America named it Cape Horn after the town from which they had departed.

It was very cold here, too. 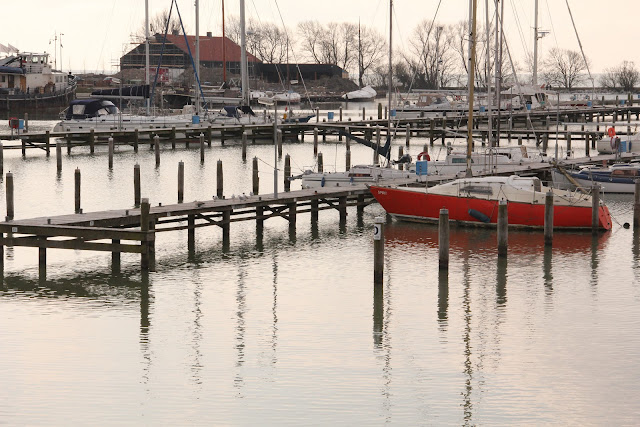 Cold , but so beautiful! Your first pic is almost like an old painting!I like such places, they make history alive.

The first photo caught my eyes the most. I just love it when people like you post a large size photo. There's so much more to see when when it's open to full size. The colours and all of the little details turned out great. My eyes had a feast.

Ah, these are so nice, Jack. That first one looks like a painting! Beautiful! And I didn't know that tidbit about Cape Horn. Honk!

Love the place and your really fine pictures of it!

These are great shots! I'm enjoying this little sojourn into the old country.

My family comes from the Netherlands, so I'm familiar with the Zuiderzee becoming cut off from the sea. I think I've heard of Hoorn as well at some point.

Love both shots but the bottom one made me shiver!
V

Love your shots for the day, Jack, particularly the first one!! Such an old and interesting place!! And it does look SO cold!! Have a great weekend!

How good is it that you'll have theses images to remind you of your trip..forever Jack. Nice!

The buildings on the top shot are so beautiful and it sure looks cold on the bottom pic.

It may have been cold but it was beautiful and you got great pics, Jack!

The right hand side of the first shot looks like something out of a Vermeer painting, doesn't it?

Were these also taken in the early morning? The water is so calm.

What a great place to explore.

If it's any consolation, it's cold in May too. Good thing it's such a fascinating place that it will take your mind off the cold.

i see the cold is a recurrent theme.... :)
i will have to adjust my standards for warm and cold when we move back... :(

I'd love to see that for myself. Neat photos, Jack!

That top photo is a dream, Jack!