This 1880 Queen Anne gem stands back and above East Ridge Road.  The home was designed and built by Charles Betts Northrup, a carpenter and builder who grew up in Ridgefield. The home was eventually occupied as a summer retreat for Maude Bouvier Davis, who spent summers here. 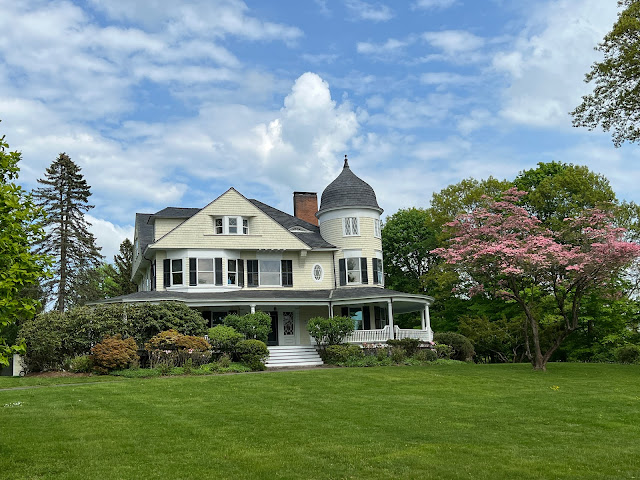 I love a house with a turret, Jack.