Out of the Jurisdiction: Merida

Merida is the capital of Extramadura, in the far western part of Spain. 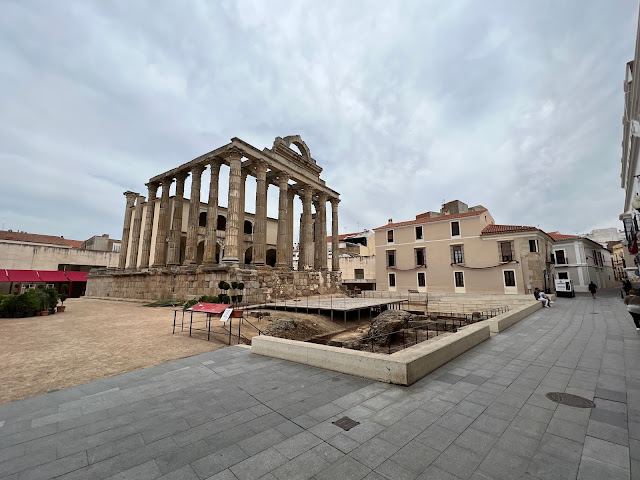 The Temple of Diana is a UNESCO World Heritage listed temple dating back to the early part of the first century after Christ.  The reference to Diana is a misnomer.  It was ordered to be built by the Roman Emperor Tiberius and served secular purposes. 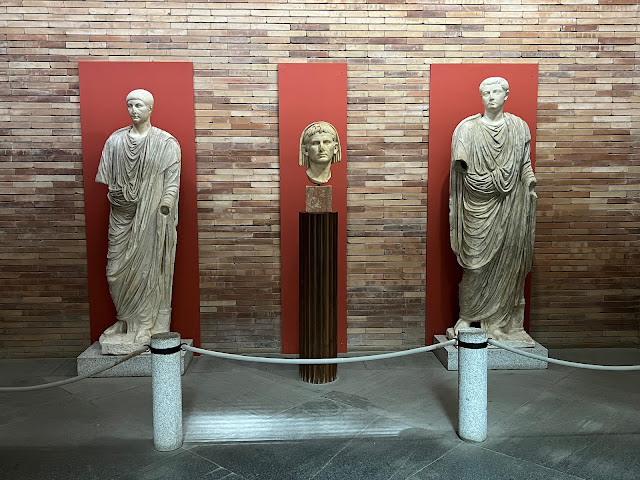 Merida's archaelogical museum is home to many well preserved statues.  The head in the center is Augustus, the Roman Emperor who ordered the founding or the colony in Merida to serve as a home for old and disabled Roman soldiers. 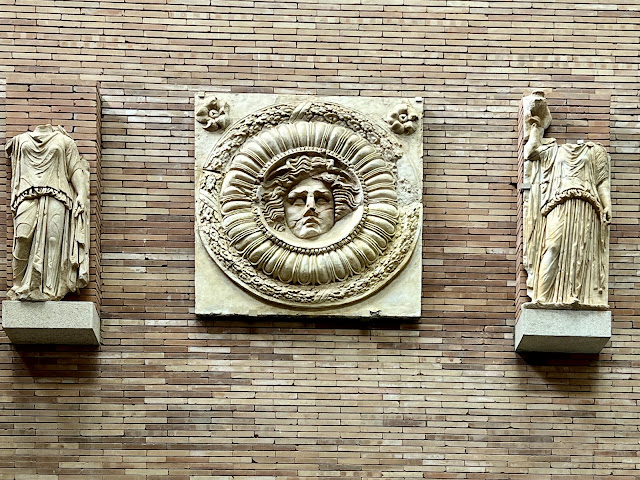 Good emperor to care about his veterans in their "declining" years.

The first one is one if those weird angle photos.

This is the sort of thing that fascinates me.

Surprising that this much of the temple is left given the ravages of time. Thank you for showing us some of th high points. Continue to enjoy your adventures.

Amazing it's all still there.