Back in Connecticut.  This week is the 245th anniversary of the Battle of Ridgefield.  British forces had marched north to burn armament stores in Danbury, then marched south toward Long Island Sound.  Patriots engaged them along the way, with the biggest engagement in what is now the center of Ridgefield. 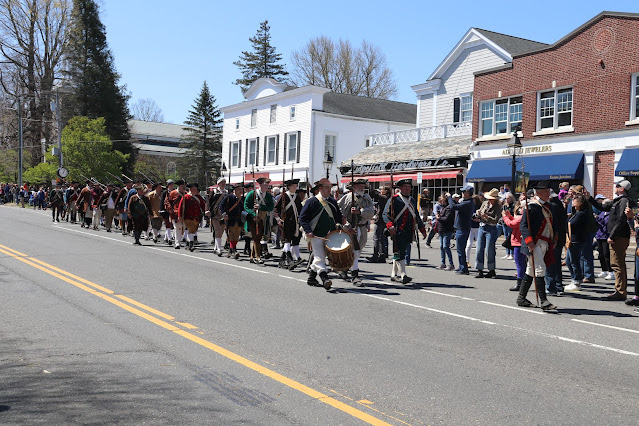 Re-enactors recreated the Battle of Ridgefield yesterday.  The colonial forces were mainly farmers and tradesmen in ragtag clothing, while the British were well-trained soldiers in red battle dress.

The patriots gathered on the south side of town and waited for the British to approach. 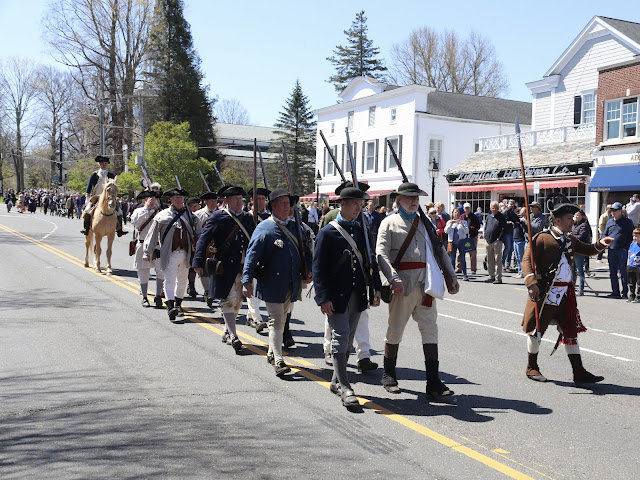 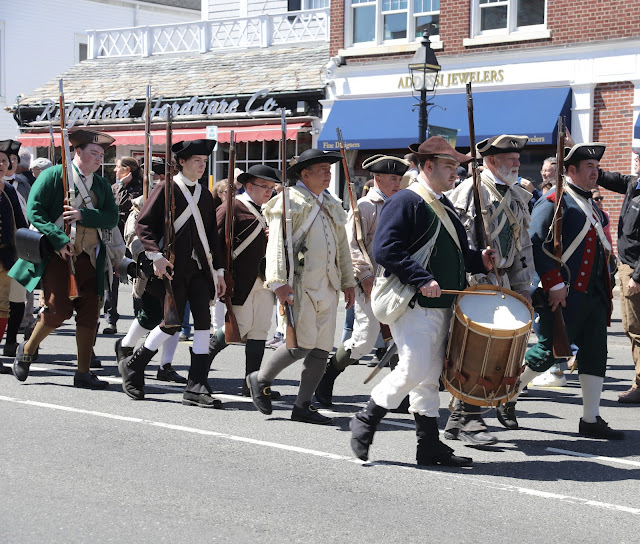 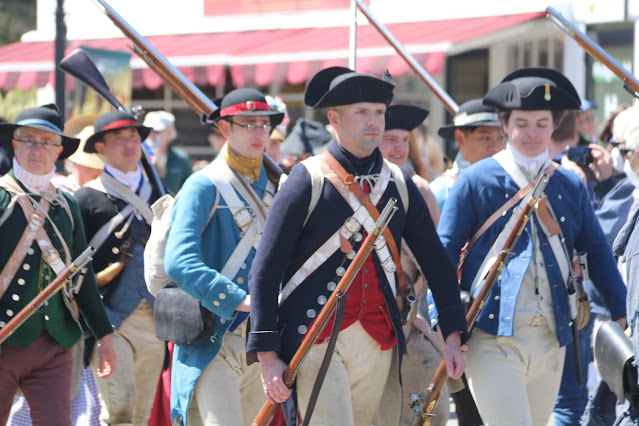 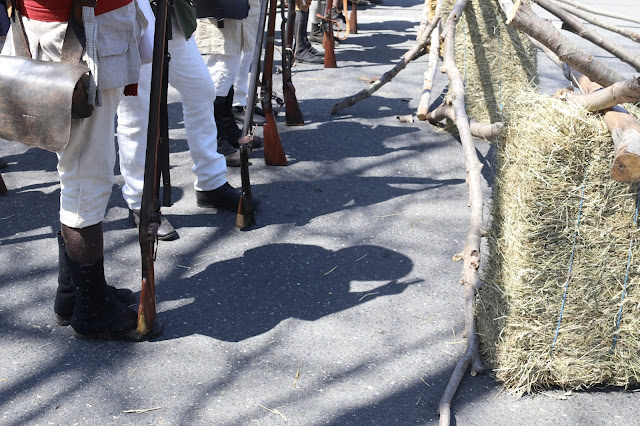 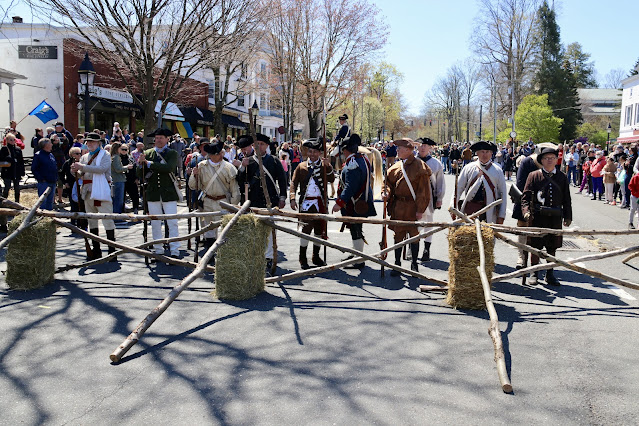 The colonials had erected barricades in the road, hoping to slow the British. 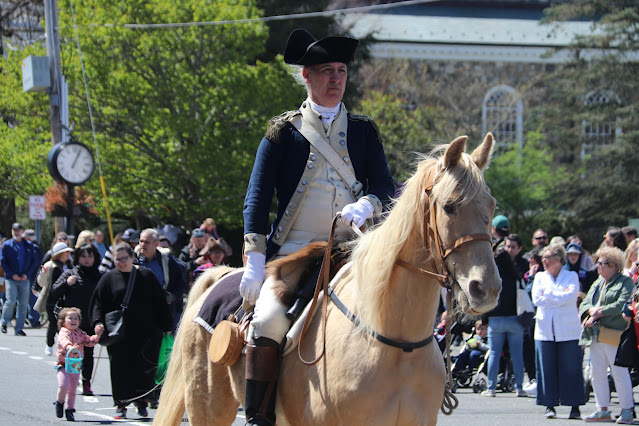 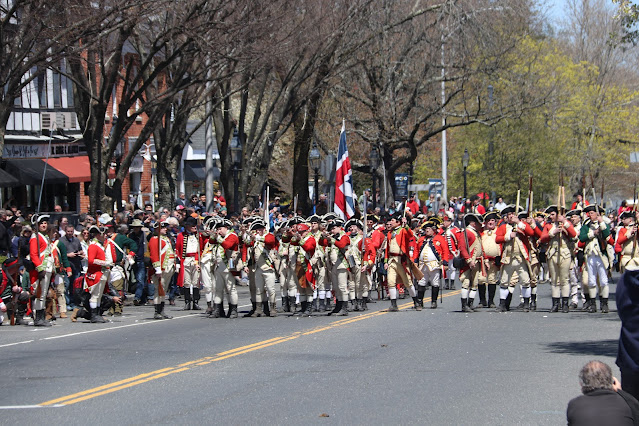 The British arrived from the north.  They had better weapons, including artillery. 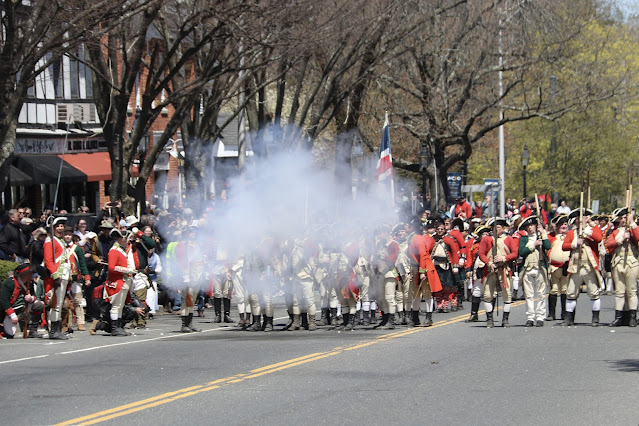 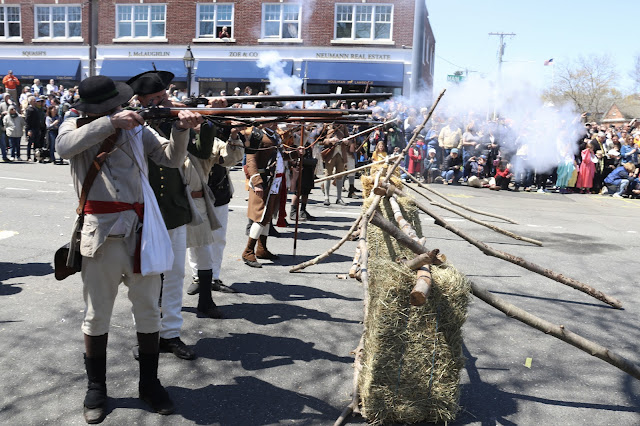 The patriots returned fire.
(BTW, the theme for City Daily Photo photographers on May 1 is "shadows.") 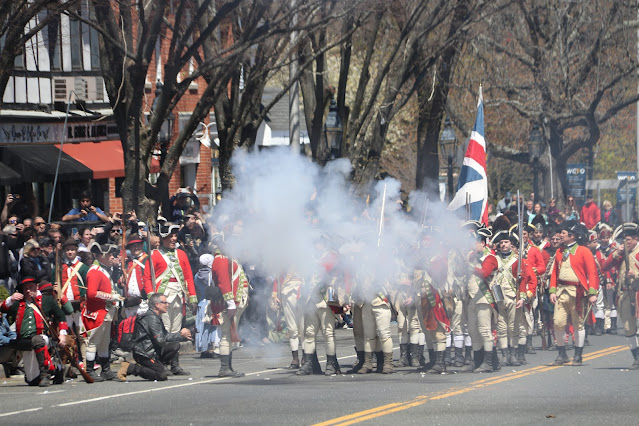 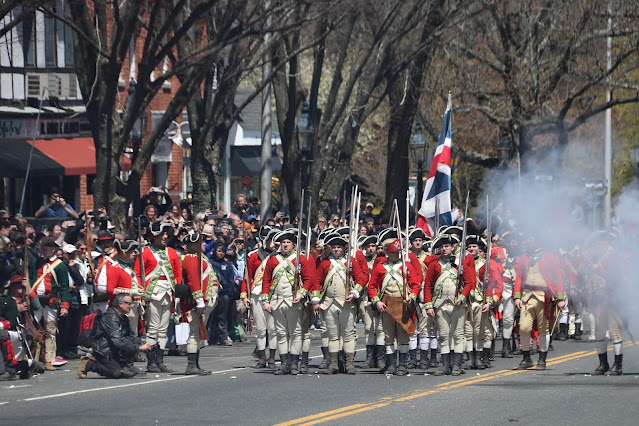 Good to see so many reenactors wearing the Redcoats too! Somehow I would have thought that the least favored uniform to wear. Good that people remember how this country began!

I am laughing. The lining up of the Redcoats is a little ragged...not like in the movies. But most likely like real life.

You wonder what the colonials and Redcoats would think of the idea of re-enacting.