Norwich was a rich city at the end of the 19th century.  Industrialists harnessed the water power of the Thames River for mills and sold Norwich-made products globally.  The Slater family was the leading industrial mill family.  The son of the family's founder built a museum to honor his father. 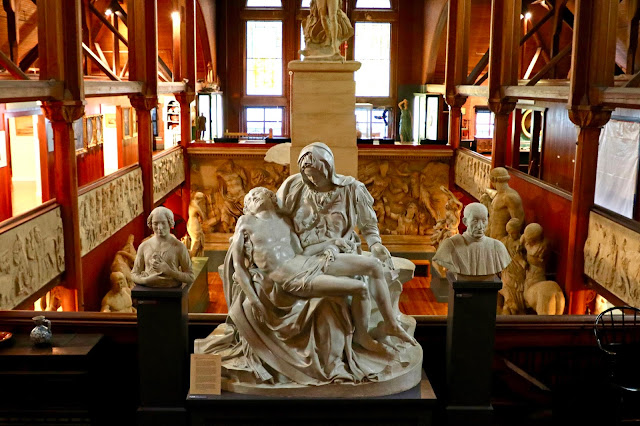 The Slater Memorial Museum is attached to Norwich Free Academy, the public high school for Norwich and nearby towns.  An early museum head commissioned plaster casts of Europe's best sculptures and friezes.  So, a replica of Michelangelo's Pieta commands the mezzanine
above the central hall.  (The original is in the Vatican.) 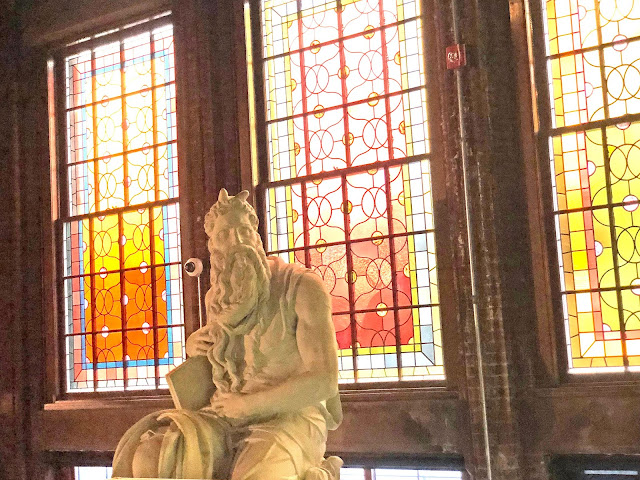 Moses -- also a replica of a Michelangelo statue -- sits in front of fine stained glass at the other end of the mezzanine.  The original is in the Church of San Pietro in Vincoli, Rome.  Flash photography is prohibited, so I had to lighten the image to show Moses, at the cost of washing out the window color. 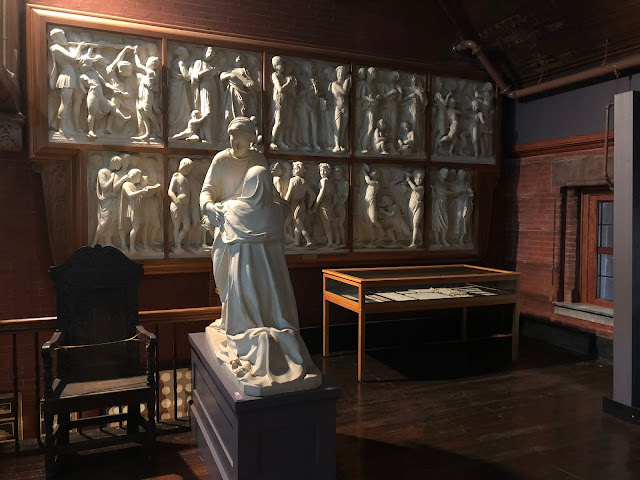 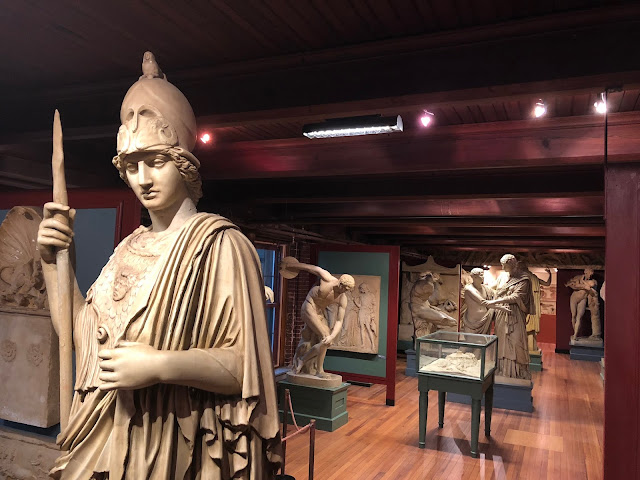 This looks like a fine place to view some treasures, Jack! No matter that they are copies!

Wow, that's a place well worth checking out.