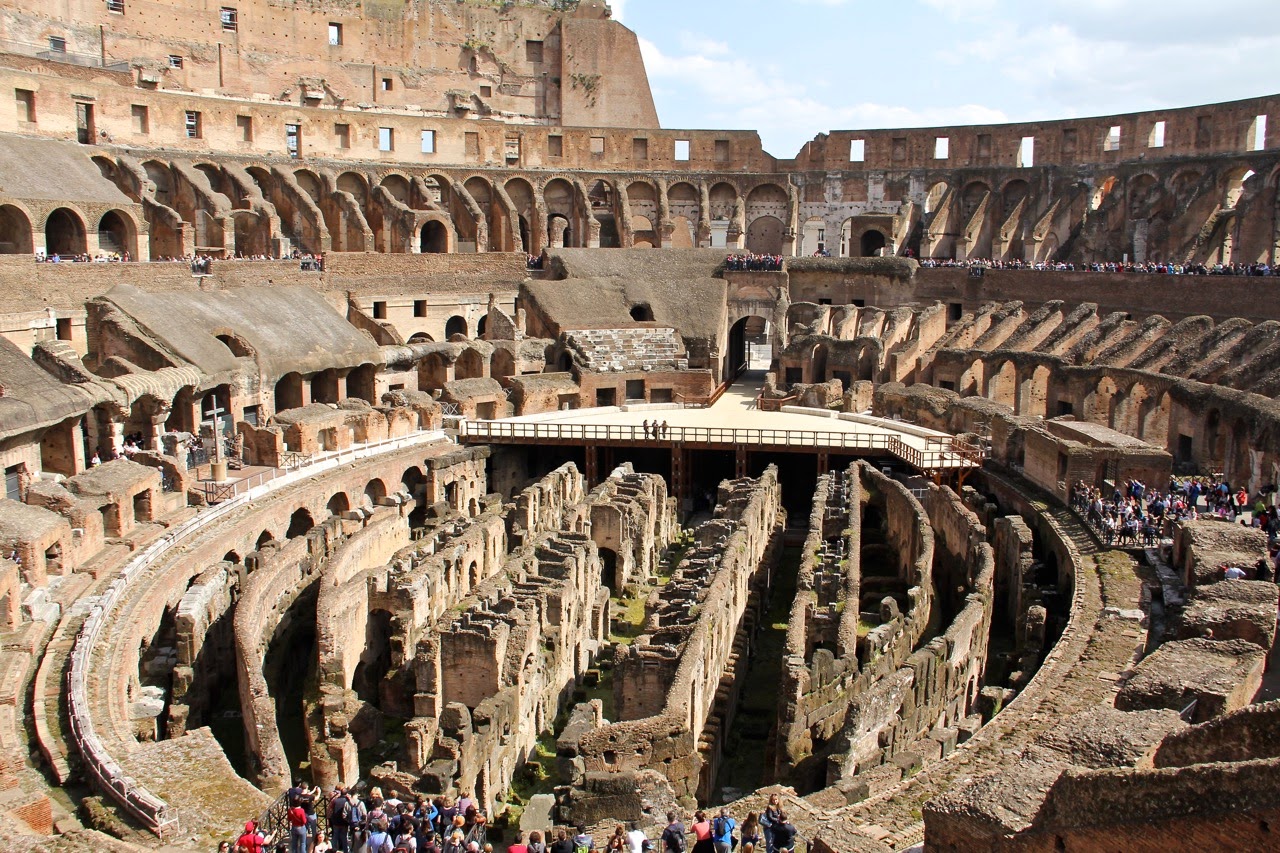 When in Rome, what do you do?  You visit the Colosseum.
It is undergoing a cleaning paid for by a shoe company. 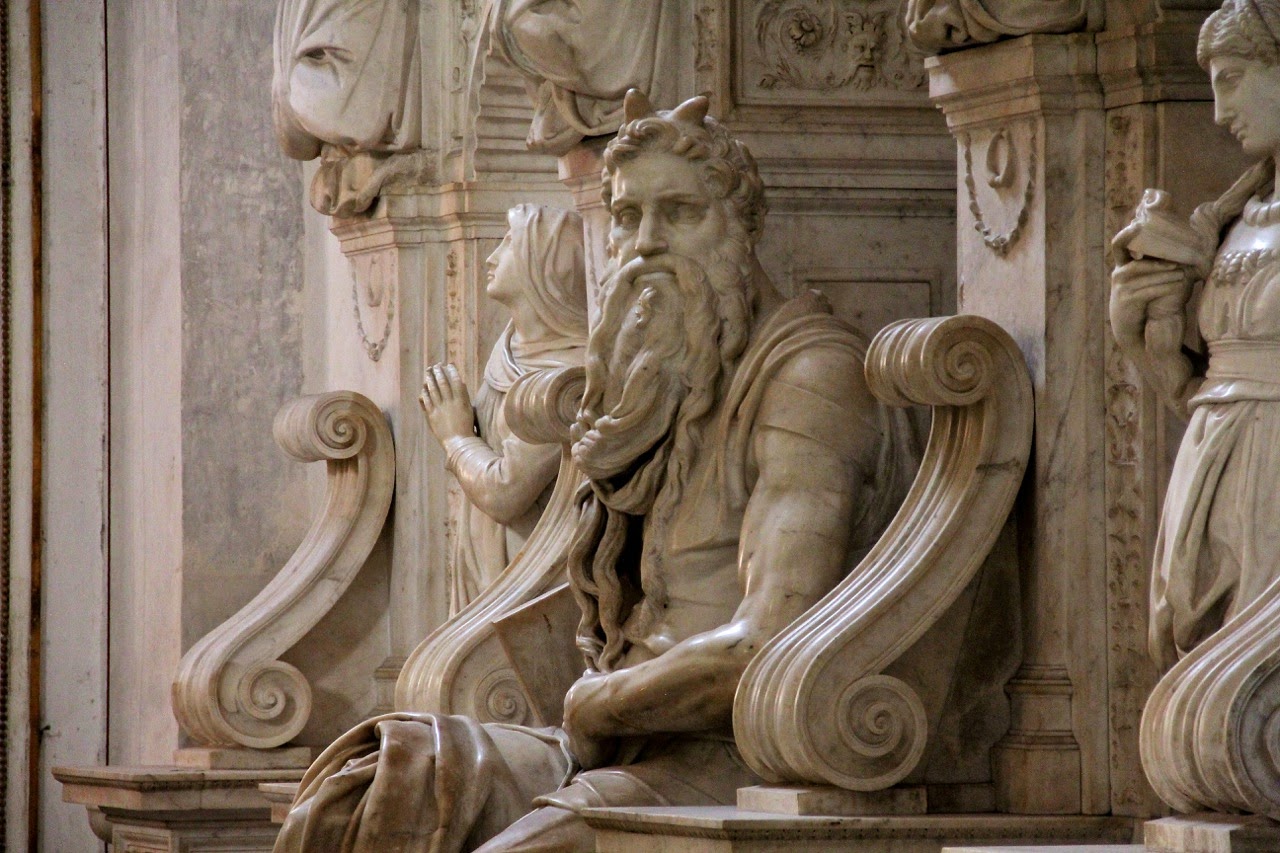 In a nearby church -- the church of San Pietro in Vincoli -- there is an impressive installation designed by Michelangelo for the tomb of Pope Julius II.  After Michelangelo started work, the Pope had second thoughts about having his own funerary monument created during his life.
So, although the monument was eventually finished (after the Pope's death),
Michelangelo only sculpted a few of the statues.  This is his Moses. 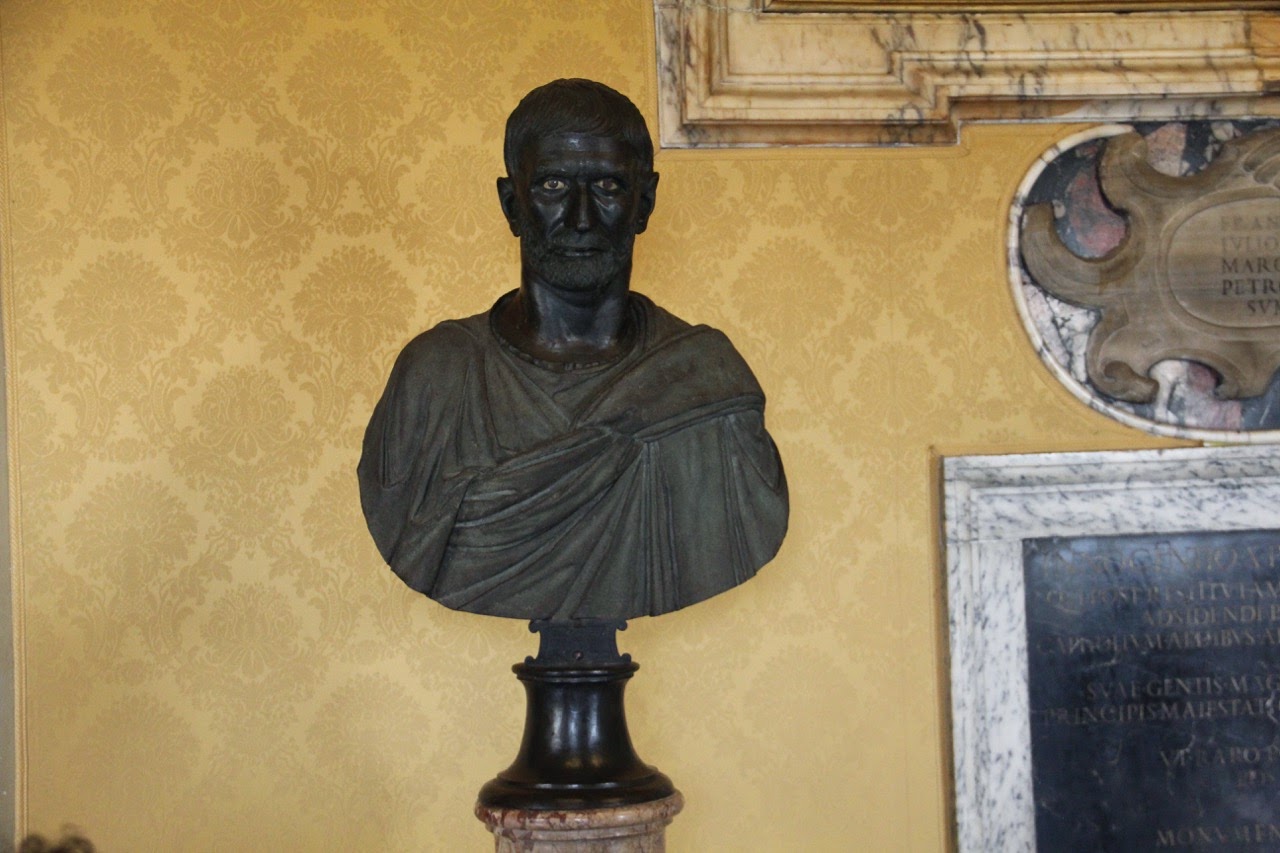 And in the Capitoline Museums, there so many statues and paintings that I came out numb.
This one is of Brutus.  Seriously, Caesar, how could you ever trust a guy with eyes like those?

The thing I remember best from the Colosseum is all the stray cats. And the high talking American tourists.

It is certainly an impressive place to visit. I agree about those eyes. I wouldn't have trusted him.

Interesting shot of the colosseum. Just saw a NOVA program about it. It has a gruesome history. But one item they neglected to mention is that it is mostly make of what we now call "supercrete," a really hard concrete.

Such an amazing, historical place and, yes, I'm happy for you, but just a tad envious that I'm not exploring Rome, too!! But your captures are, as always, the next best thing to being there myself!! Thanks so much for sharing, Jack!!

Rome is another place I'd love to see, particularly the Coliseum. Terrific captures!

Thanks for the tour Jack!

You didn't have your picture taken with one of the gladiators?

Rome and Florence can drive you mad. Brutus looks like one of the Undead. The only way to cope with it is to find an outside table at a an overpriced cafe in the Piazza Navona, pay through the nose for a perfect negroni, relax and enjoy Rome passing by.

You are so lucky.