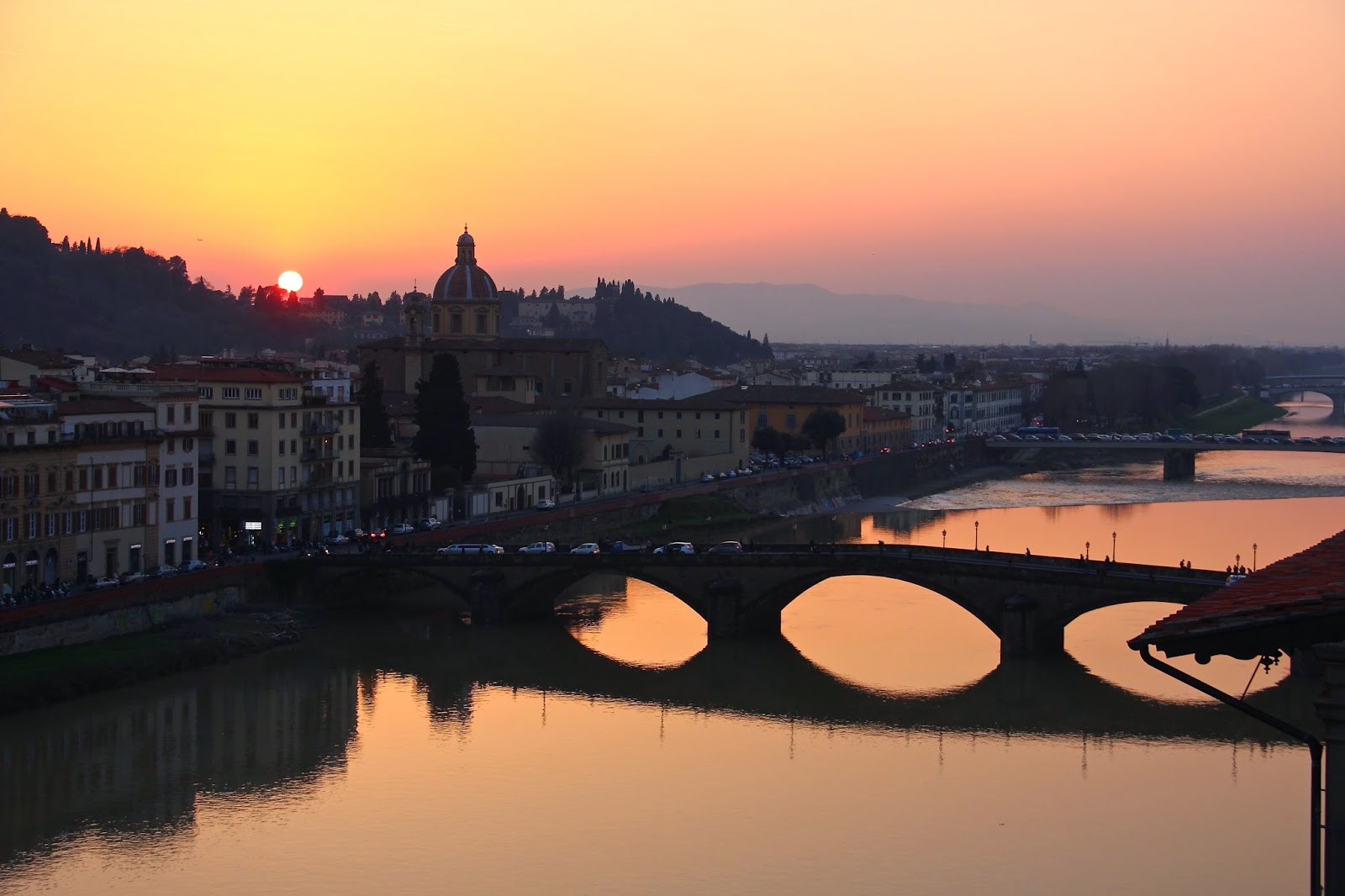 Let's start with a sunset shot from the terrace of my hotel, looking upriver. 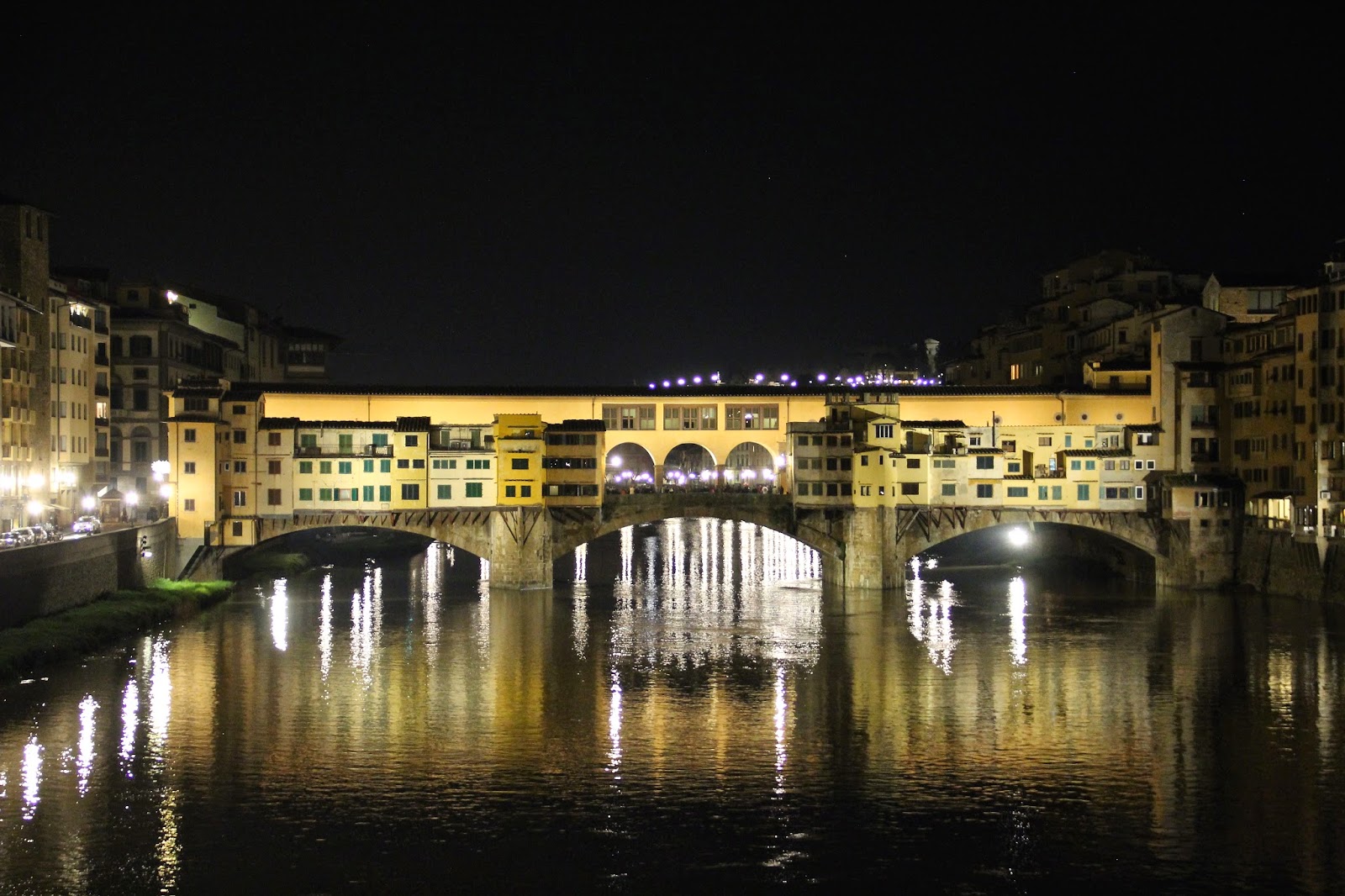 A few hours later, looking down the River Arno, the Ponte Vecchio glistened.
It is loaded with silver and jewelry shops. 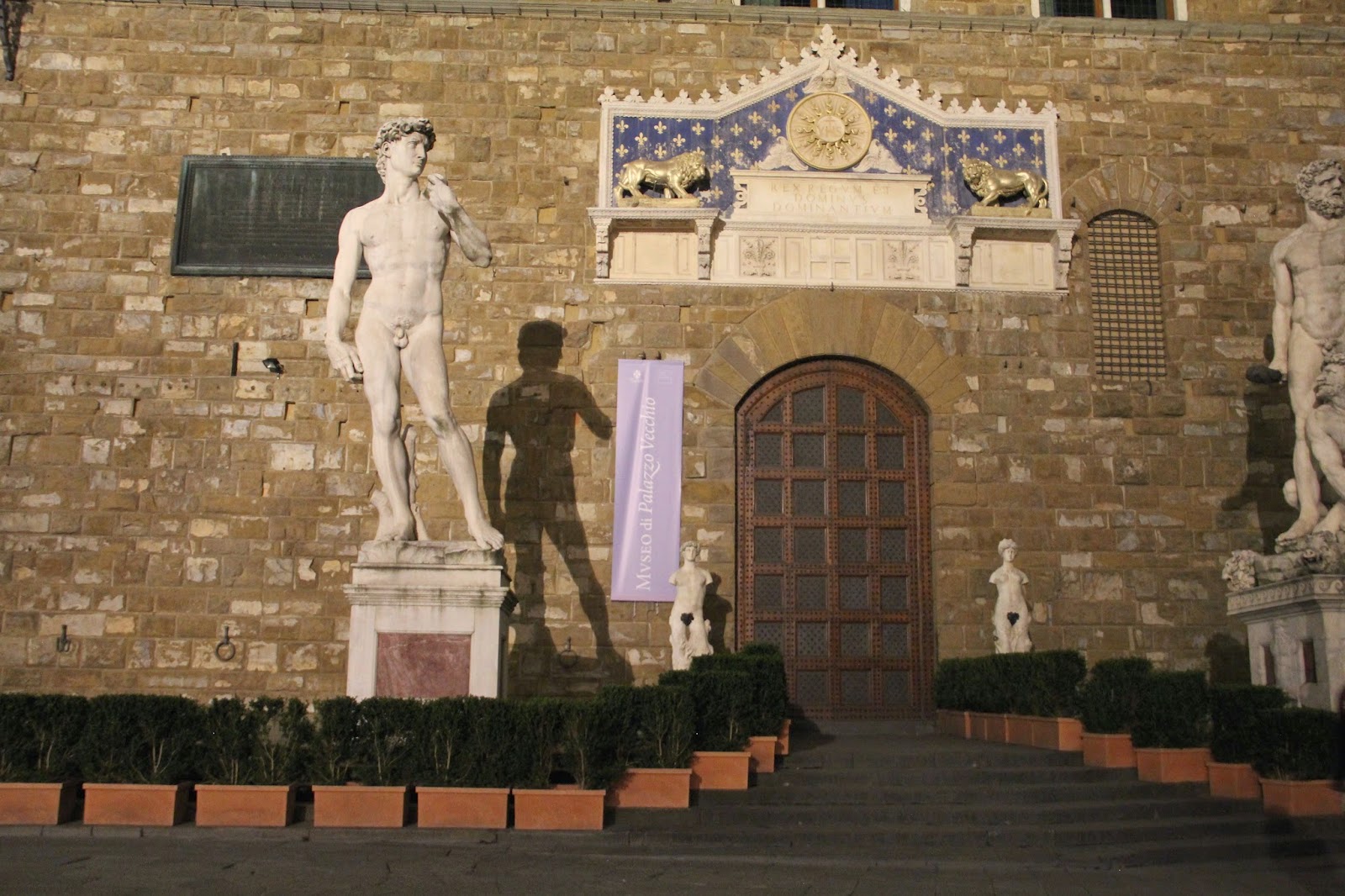 A reproduction of Michelangelo's David stands outside the city hall of Firenze.
The original is now in the Accademia.  This reproduction has stood here for about 150 years. 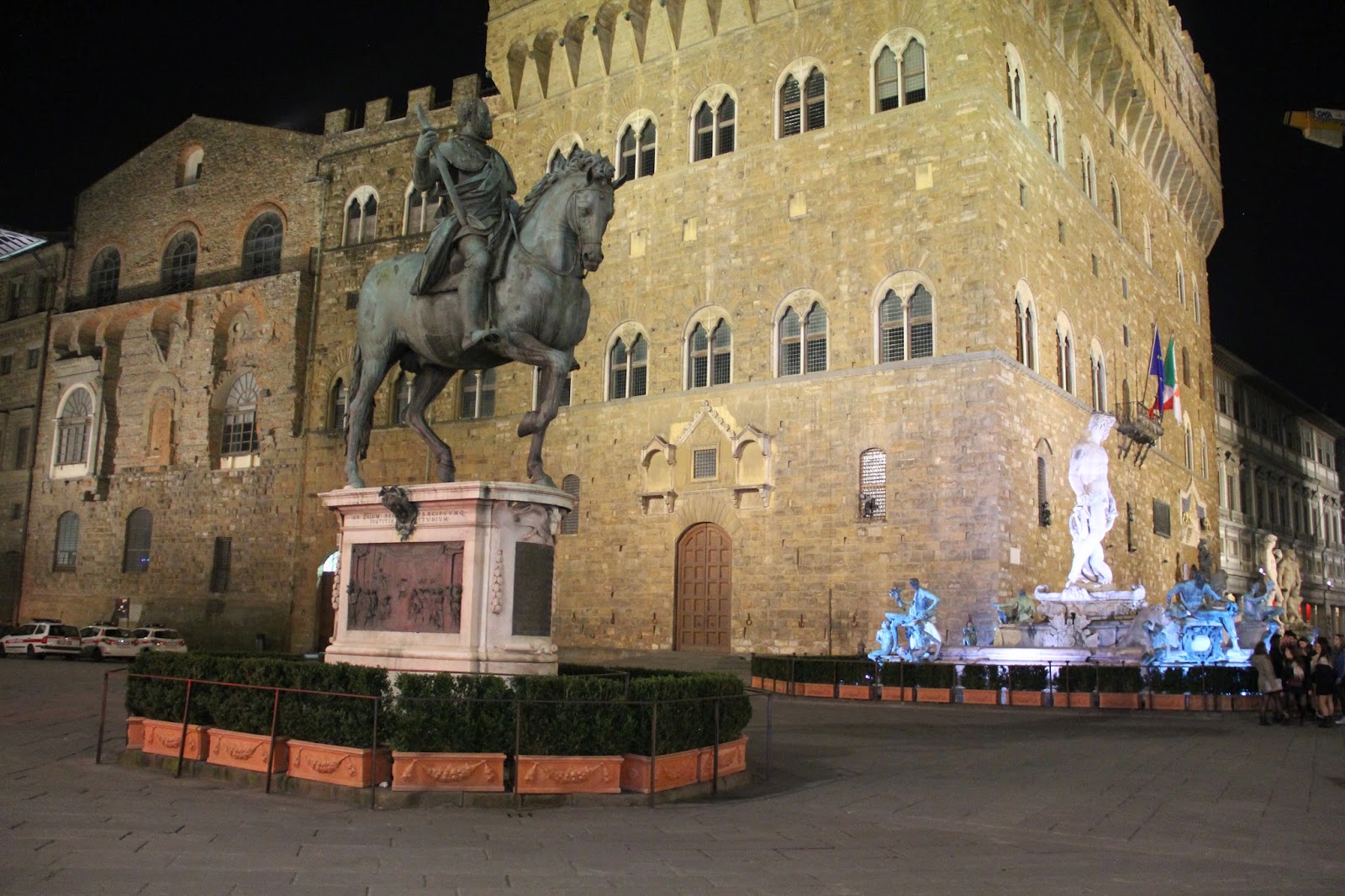 Cosimo de Medici, the Grand Duke of Tuscany, sits astride his horse outside the city hall of Firenze. 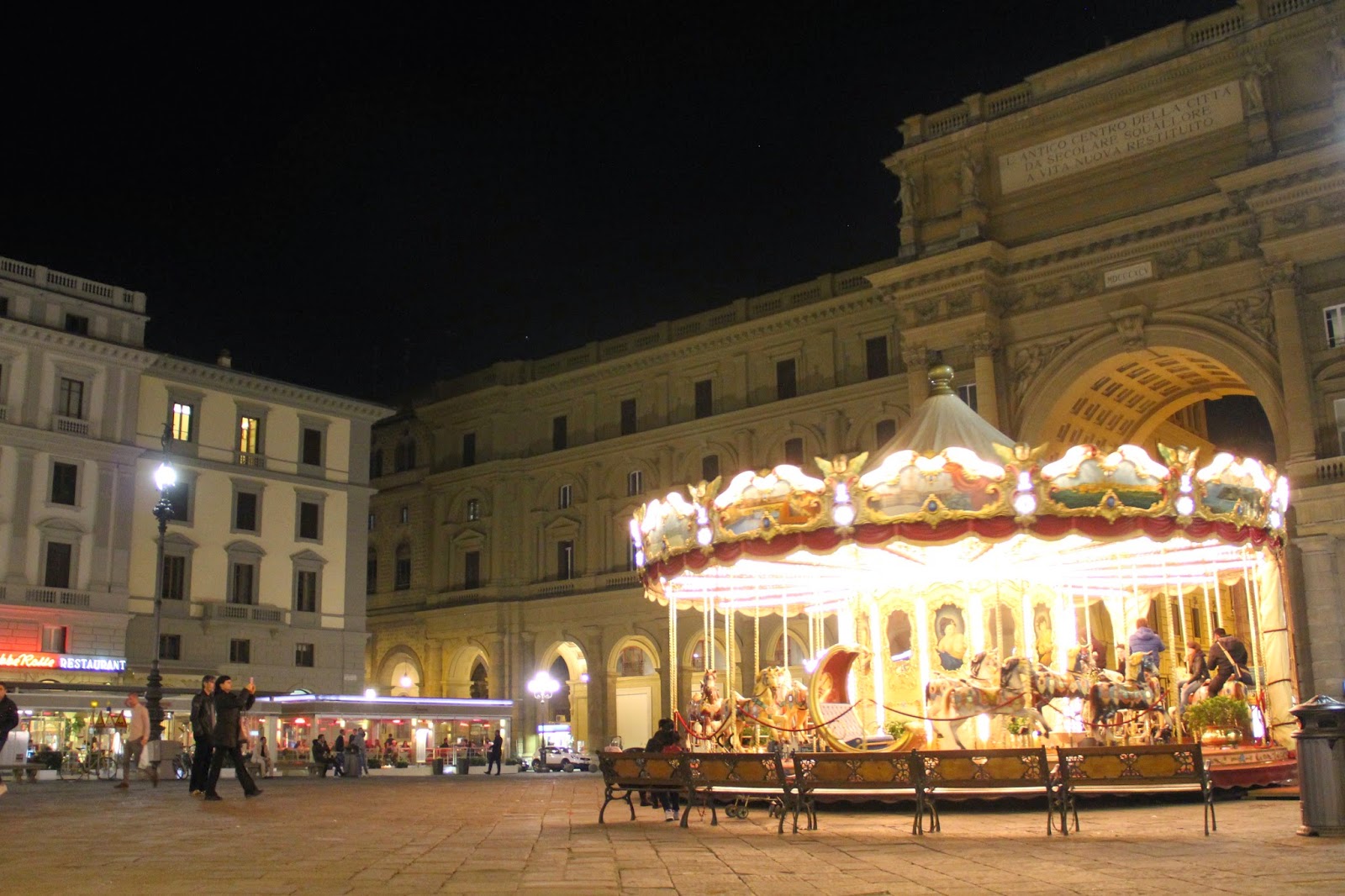 An early 20th century carousel is in the Piazza della Republica, the place where Firenze began. 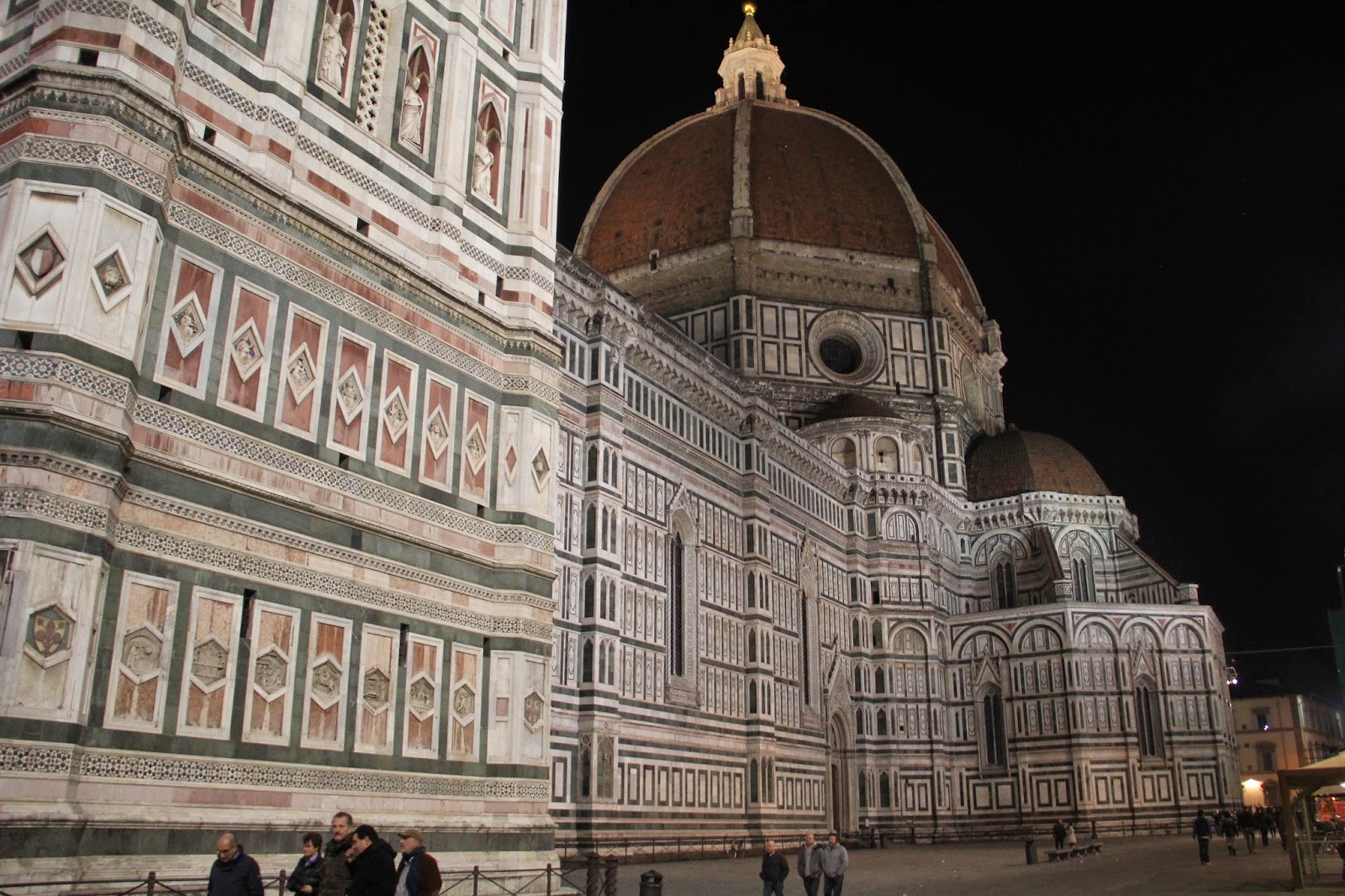 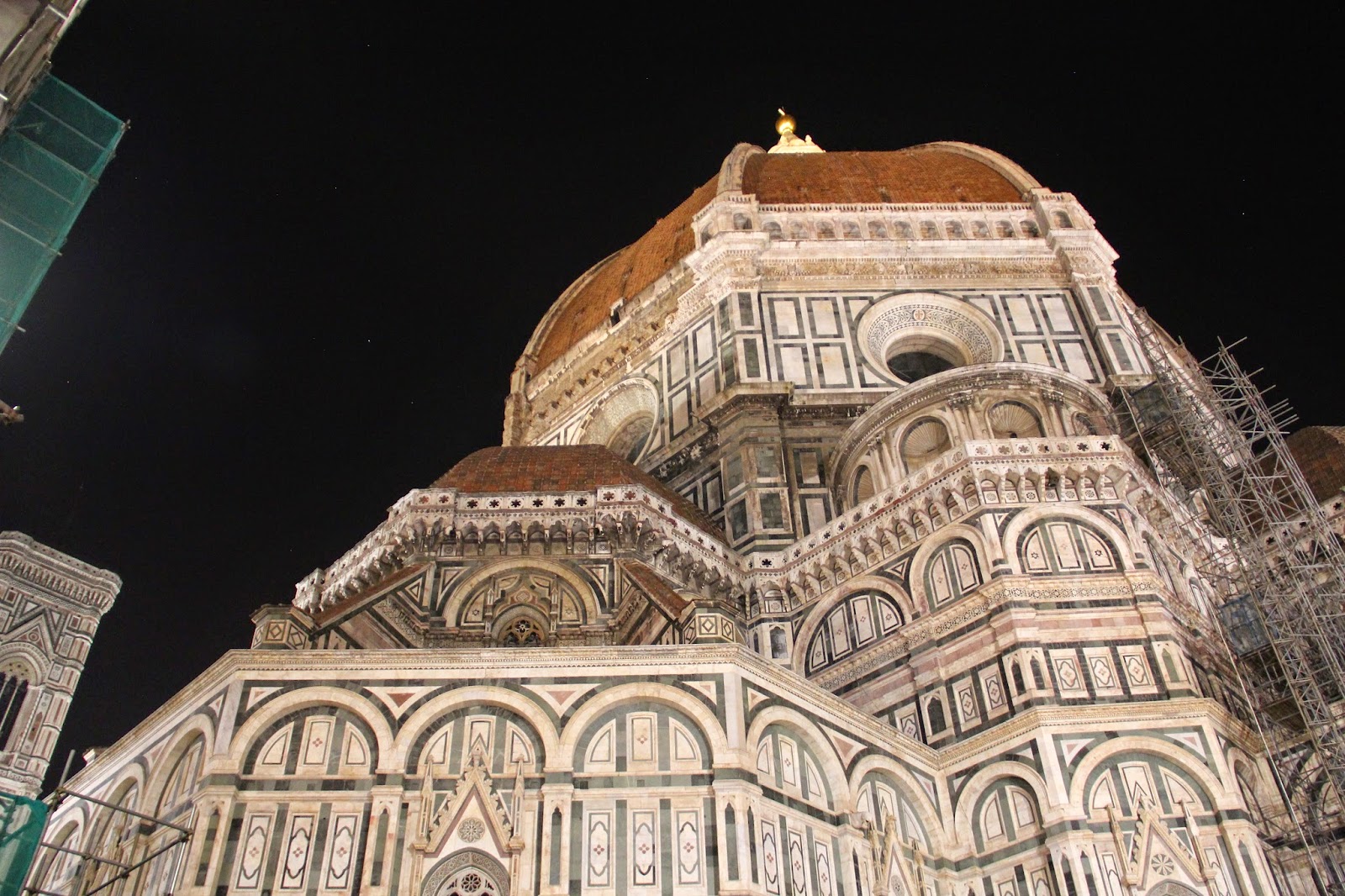 Cattedrale di Santa Maria del Fiore is the Duomo of Firenze.  The best known feature is this 15th century dome by Brunelleschi.  The front was finished in the 19th century.
I expect you will see that when I show daytime images. 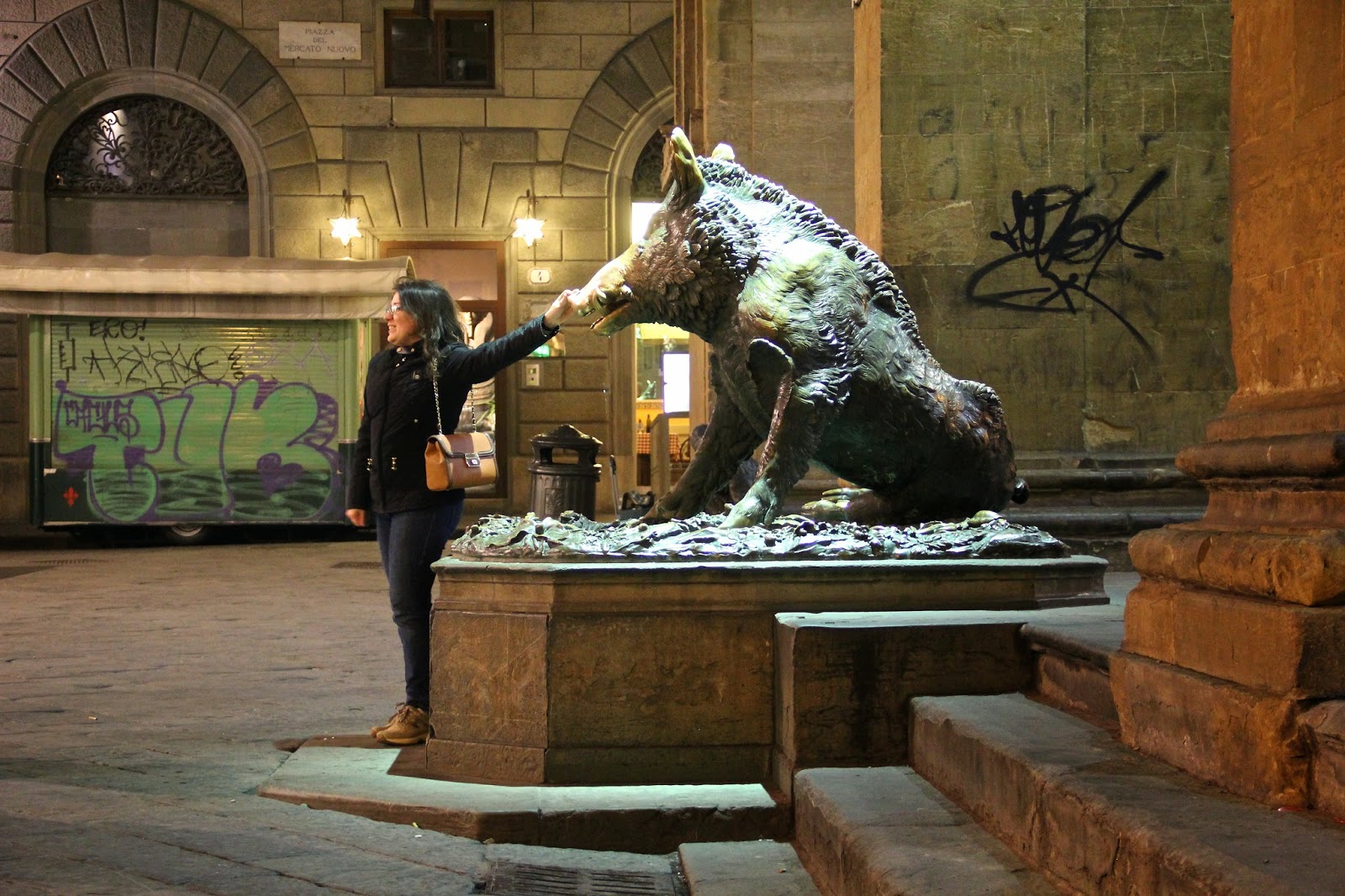 And, Il Porcellino (literally, the piglet, but actually a boar) stands at the end of the Marceto Nuovo ("new market").  The original bronze statue is in the Uffizi.  This reproduction dates to 2008.
Local tradition says that if you place a coin in its mouth and let it drop into the fountain,
you will have good luck.  If you rub its snout, you will return to Florence.

Love this city! Years ago there used to be an English bookstore there, owned by an Italian and his wife who came to Florence s an exchange student. . .the rest is history, so they say. We stayed in Fiesole, which I loved, and I wept when I saw David for the first time. Beauty is overwhelming.

I'm struck by how many arches you are photographing!

Such a great place Jack. Thank you for the many beautiful shots.

You picked the right hotel for your stay Jack.

Like you, I would bot be 'bored' on this trip. Stunning first image, Jack.

Superb, incredible captures, Jack!! These really took my breath away!! And what a view from your hotel! The detail on the cathedral is awesome. And yes, I'm in awe, can't wait for the next ones!!

Ahhh...you've brought back so many wonderful memories. I love your night time shots.

I love those shots along the river, Jack! Looking forward to your next post.

Magnificent shots, Jack. You are in one of the most beautiful cities in the world. I'm envious!

Oh, rub its snout for me, then maybe I'll get to Florence one day!

Lovely photos, but the first one is awesome !!