Five Men at the Jazz Concert 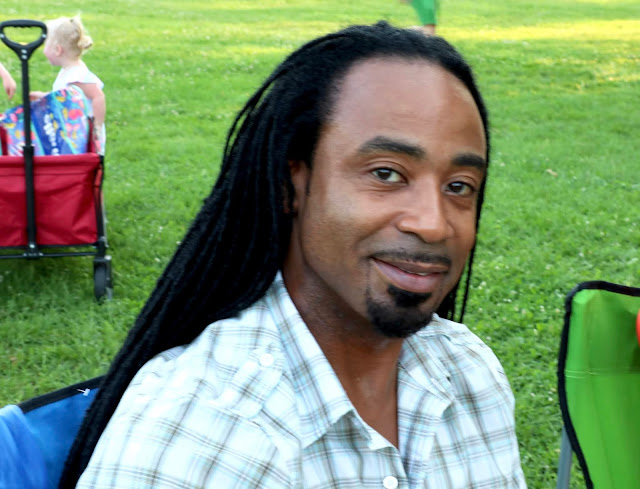 When I posted a photo of Stuart a week ago, I said I didn't know who he is but he has presence and a strong profile.  Now I know that Stuart teaches art in the Hartford public schools, grades K-8. 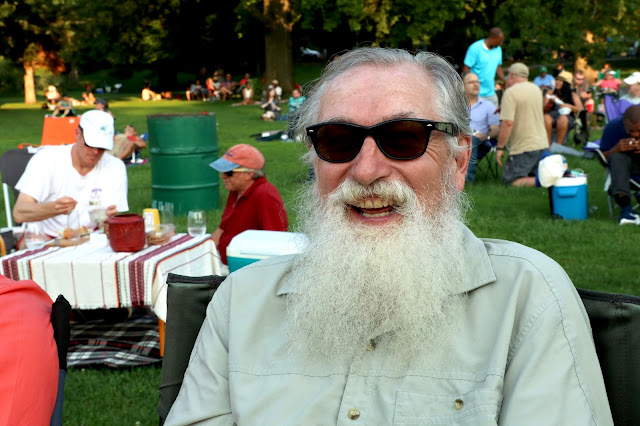 Dave was very surprised when I asked to take his photograph, but he said, "Go ahead." 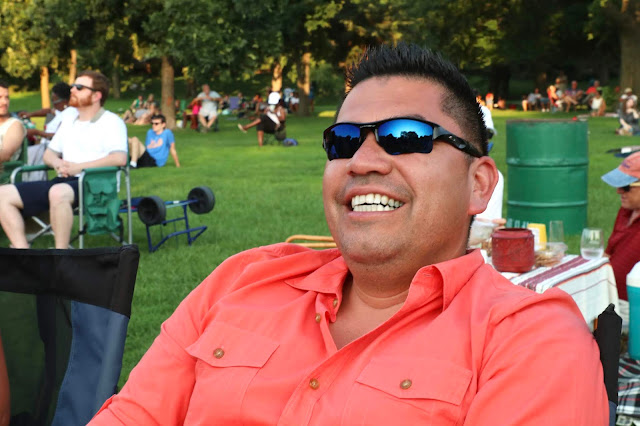 Caesar thought it was funny that I wanted to take Dave's photograph, but not as funny when I told him, "You're next."  When I told him I know his cousin Augustus, he gave me a big smile. 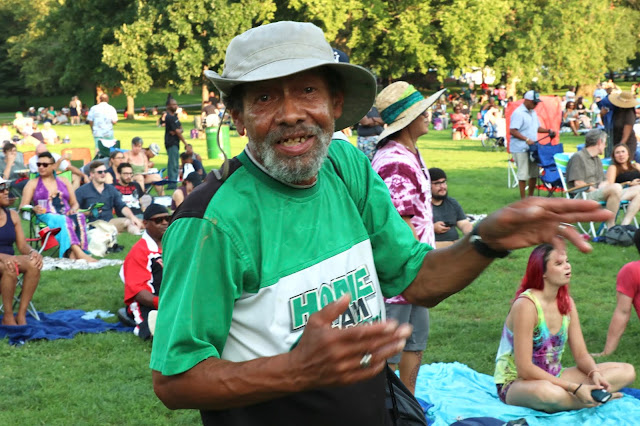 Jerry was feeling the music.  He was on his way to the front to dance. 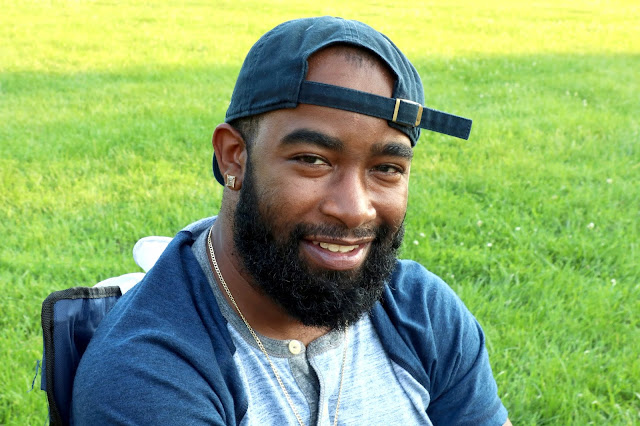 I photographed Chad's lady first, and then it was his turn.
Posted by Jack at 5:30 AM

I wonder how many people turn you down, Jack!

Another sequence of cool portraits, Jack !

Stuart reminds me of Bob Marley.

Smiles all around. I bet there are some students who have secret crushes on Stuart the art teacher. And, tell Jerry to wait for me. I like to feel the music too.

Liking your style Jack, you got some nice smiles from these men.