Some nice buildings in Hartford are vacant and looking for new uses. 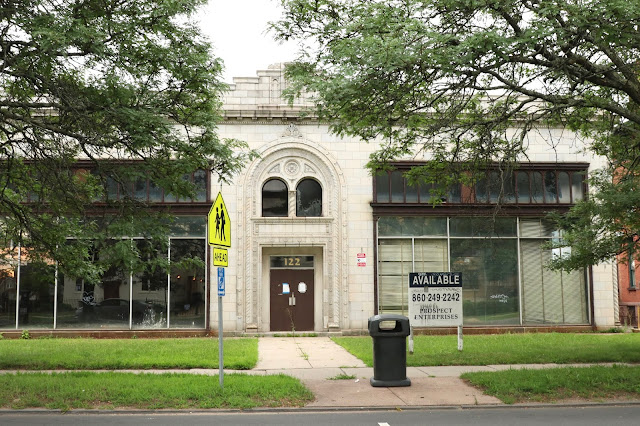 A fine Art Deco building on Washington Street is near the state government buildings. 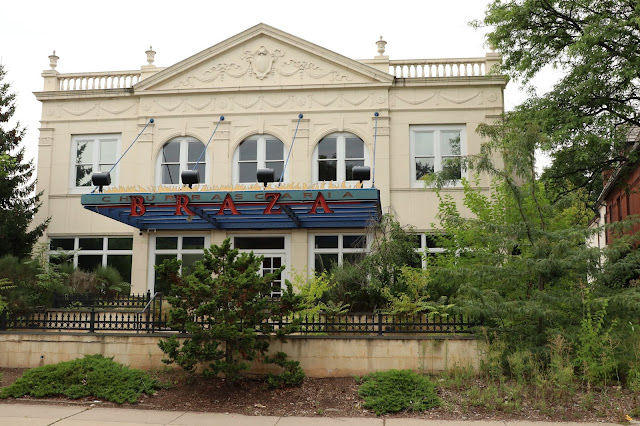 A former movie theater on Farmington Avenue was renovated into
a Brazilian restaurant that closed six years ago. 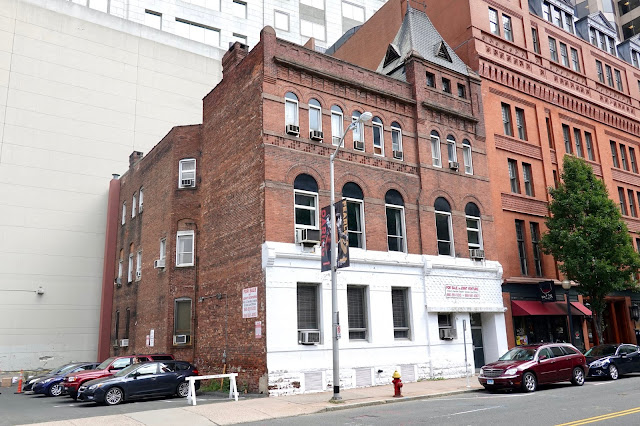 On a mixed Pearl Street block on which many of its neighbors were demolished in the 1980s
to make way for new buildings, this survivor awaits someone with imagination. 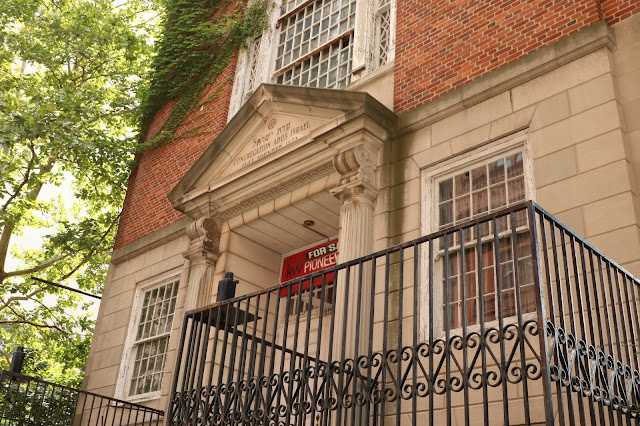 I have lived in Hartford at least part-time for 40 years.  This former Jewish synagogue on Pearl Street has been empty and unused the entire time.  I don't hold out much hope for a new use. 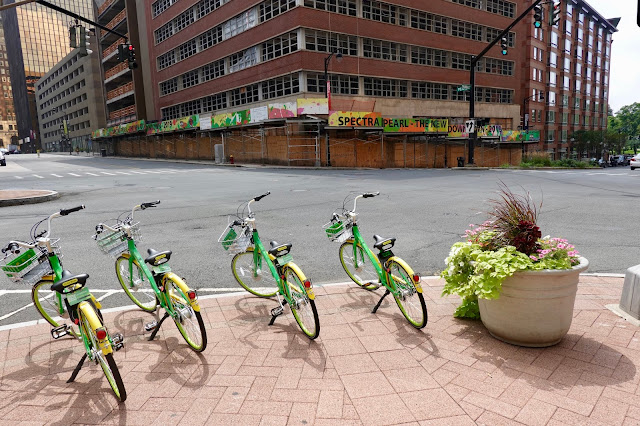 This is the opposite, a perfectly bland building.  But, it is at a prime location, though it sat vacant for a decade.  New owners are banking on turning it into apartments for young people.
Posted by Jack at 5:30 AM

Happy to see that creative people are willing to take a chance on these old but wonderful buildings, even if one of them in your post seems to be rather "bland." Love the caption, Good Bones, because that is what I have been thinking about my 1939-built home as we are seriously considering downsizing.

Hopefully good use can be made of them.

My favorite is that first building. I can picture a thriving restaurant there. Maybe fine dinging on one side and casual dining, and coffee on the other side.

You're right: these all appear to have good bones. It's a shame that solid, worthy buildings are left to molder.