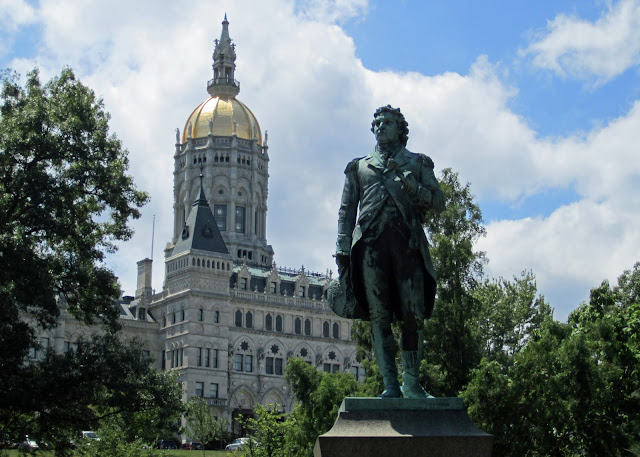 Israel Putnam was a general in the Revolutionary War.  These days he occupies a prime site in Bushnell Park, below the Connecticut Capitol.

General Putnam was a Connecticut native who had connections with my Massachusetts hometown.  One of my classmates was a descendant.  Regrettably, I must have skipped class on the day we learned his role in history, because I don't remember.

However, his house was re-made into a very nice ice cream store and some of the prettiest girls in town were hired to scoop ice cream there.  I worked at a competing ice cream store and wasn't anywhere near as good looking.  We sold much less ice cream.  I do remember that . . .
Posted by Jack at 7:25 AM