The man who built the collection at the Naples automobile museum loves Porsches,
so the museum exhibits many. 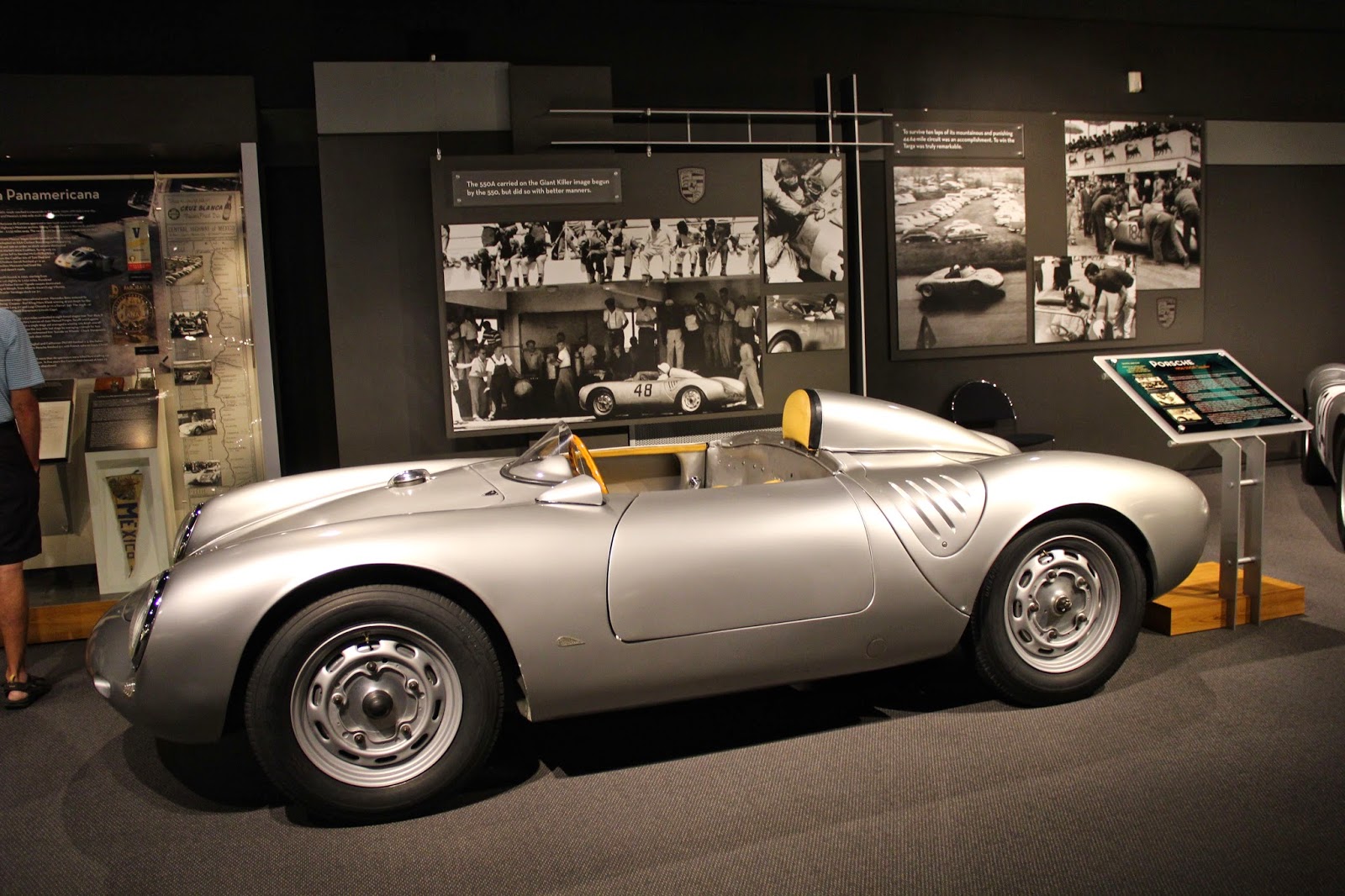 1956 550A Spyder.
This won so many races it was called the greatest long distance racer in the world. 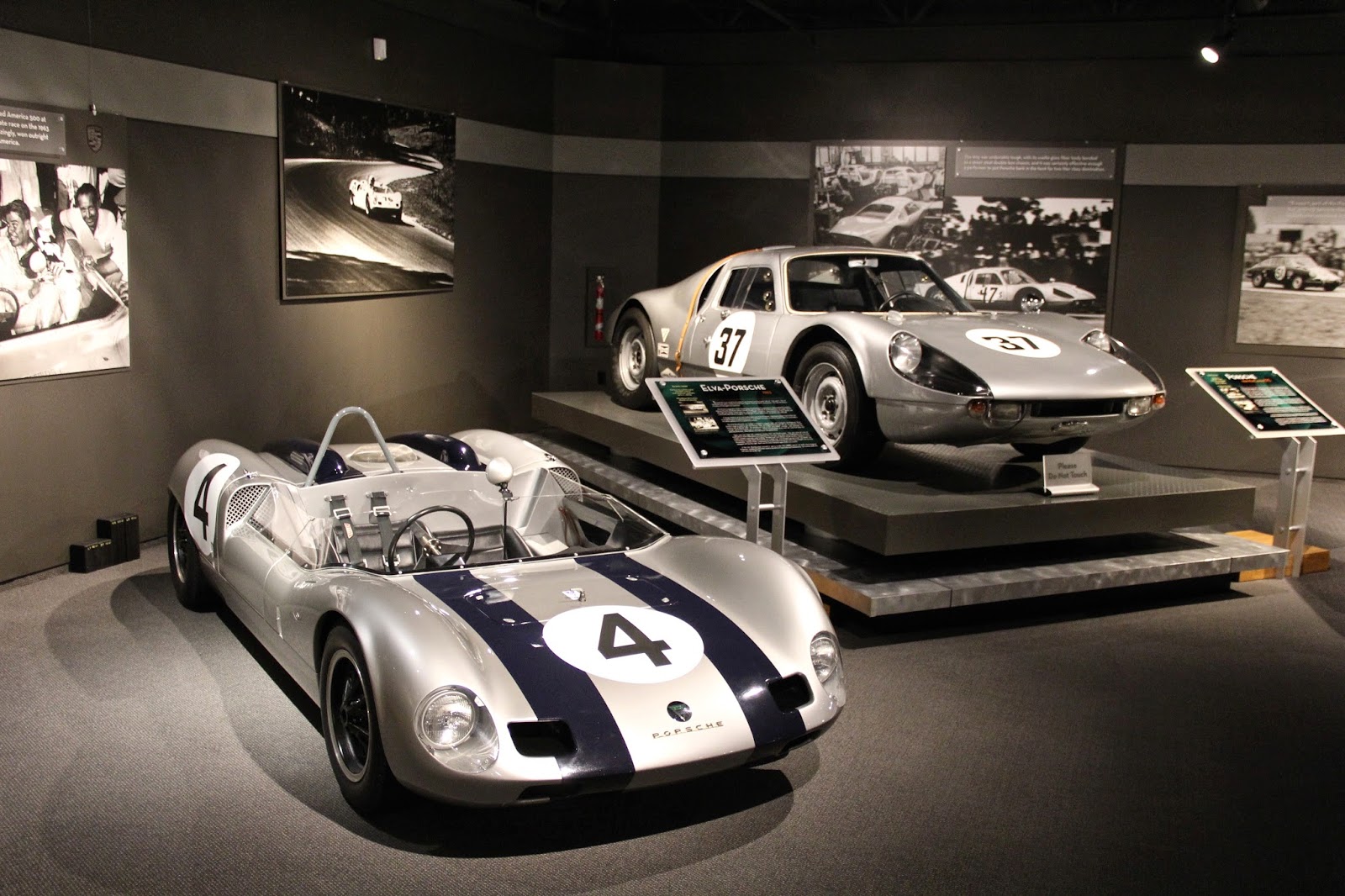 I didn't take a picture of the plaques for these two cars, so just appreciate how
pretty they are and imagine how fast they go. 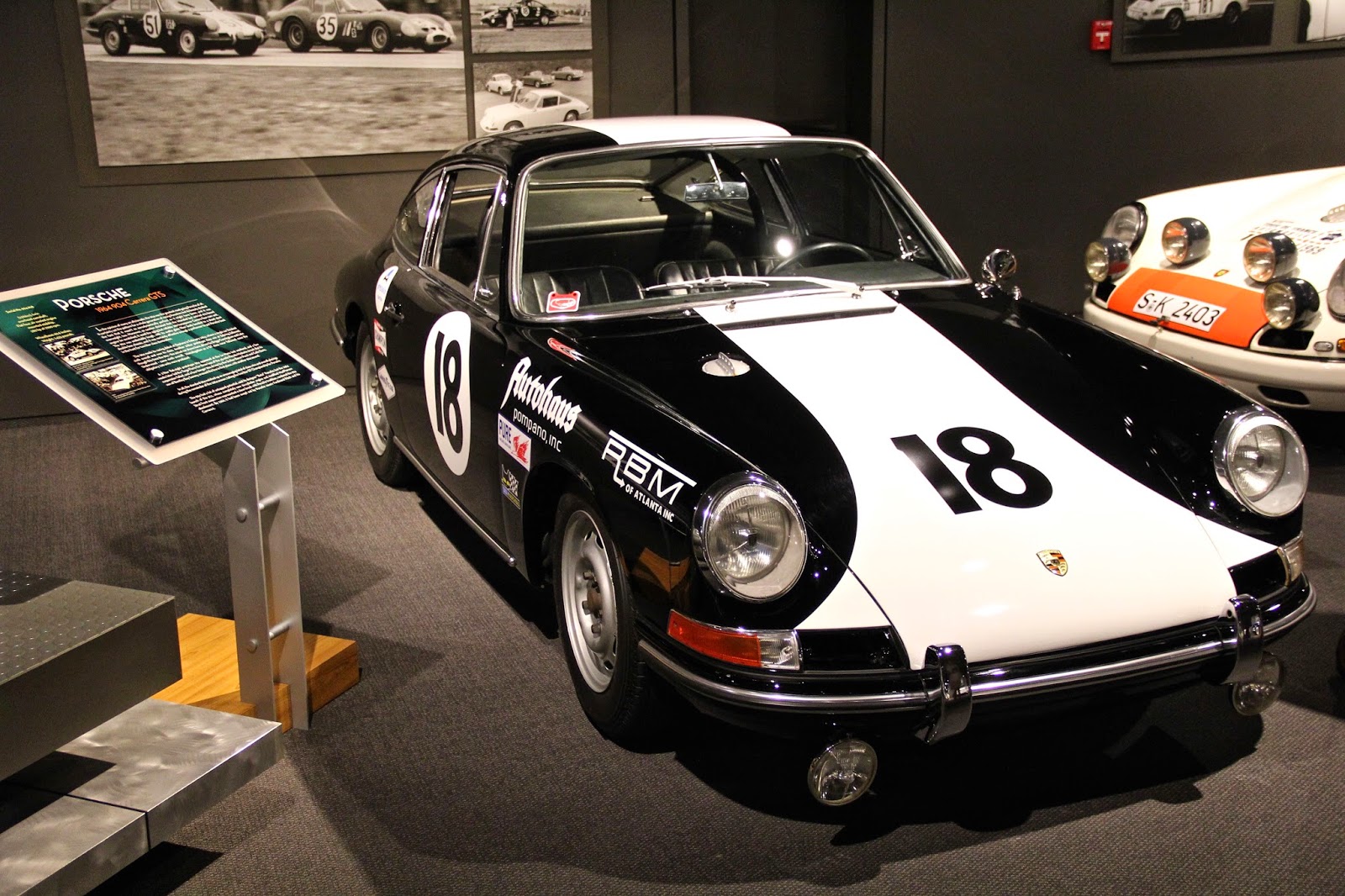 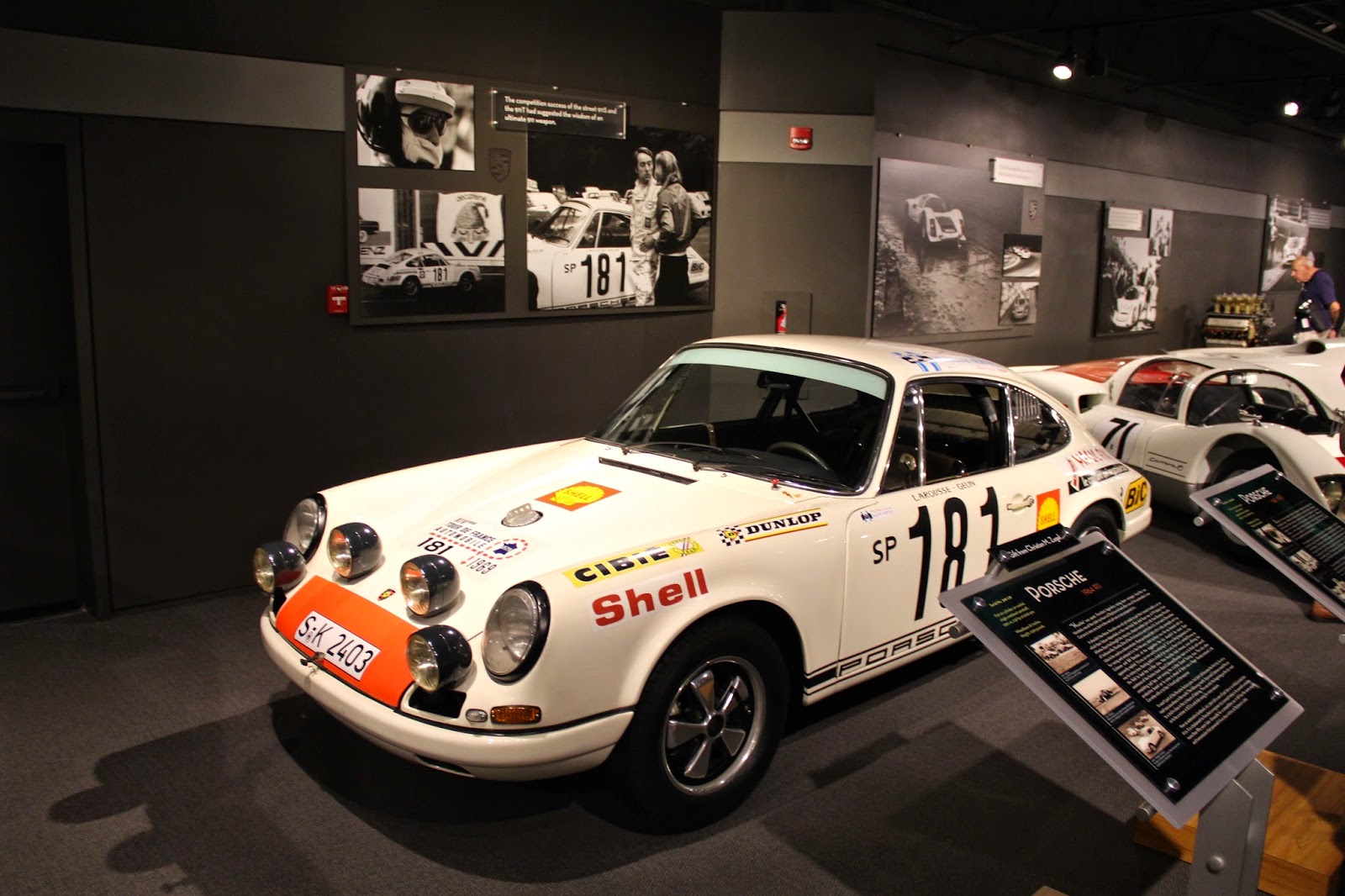 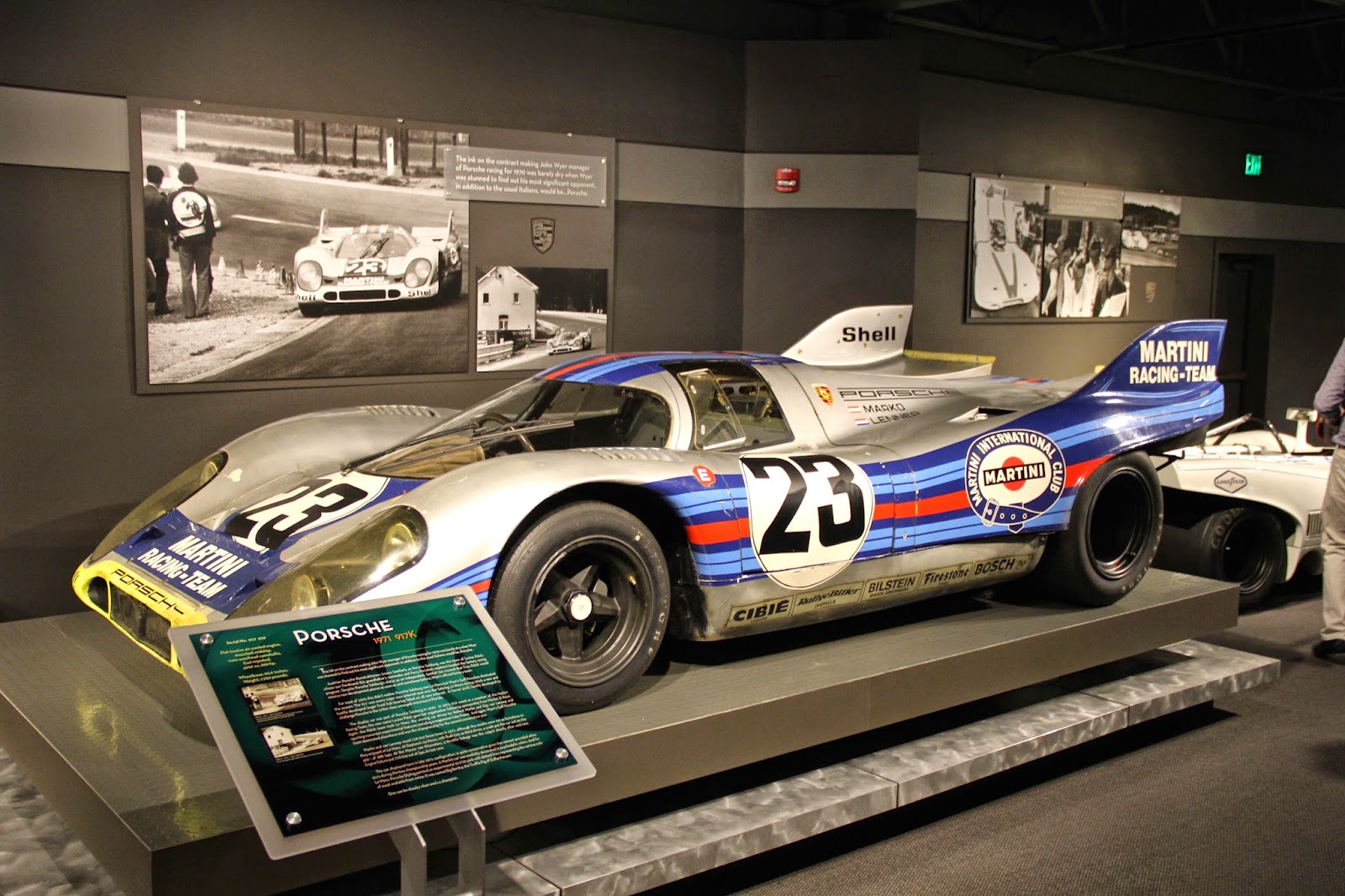 1971 Porsche 917K, painted with the colors of its sponsor, Martini & Rossi.
This car won the 1970 Le Mans race, but mechanical troubles kept its overall racing record spotty.
Posted by Jack at 5:30 AM

What classy cars -- regardless of their age! Wish we all could say the same for ourselves!!! Have a great weekend, Jack!

A spectacular (and expensive) collection!

My favorite cars but I have long legs so it would be just show piece in my driveway. You think?? Ha-ha.

What a sweet collection!

They are beautiful cars to look at- perhaps a worry to own a regular model!

I'll stick with that blue car from yesterday.

Their styling is always so elegant, their engineering so tight. I had a bottom-of-the-line used Porsche when I was 40. One of my dumbest ideas.

Now those would be fun to test drive.

I have to admit, I have a soft side for Porsches. I've been to the museum in Stuttgart and the showing is similar. I especially like that first one. :)

Years ago when I was 16 and worked as a 'Saturday girl' in our local petrol station (in the days staff used to actually serve petrol) the highlight was that I sometimes got to drive my boss's Porsche round the forecourt!

My goodness...any one of these vehicles is enough to break a modest bank! But I guess if we're opening a museum of our collection we're not talking modesty, are we?