All I know about cars is how to steer and brake.  Still, some classic automobiles fascinate me.

Incidentally, with just one exception, every car in this collection is taken out
and "exercised" at least once every year. 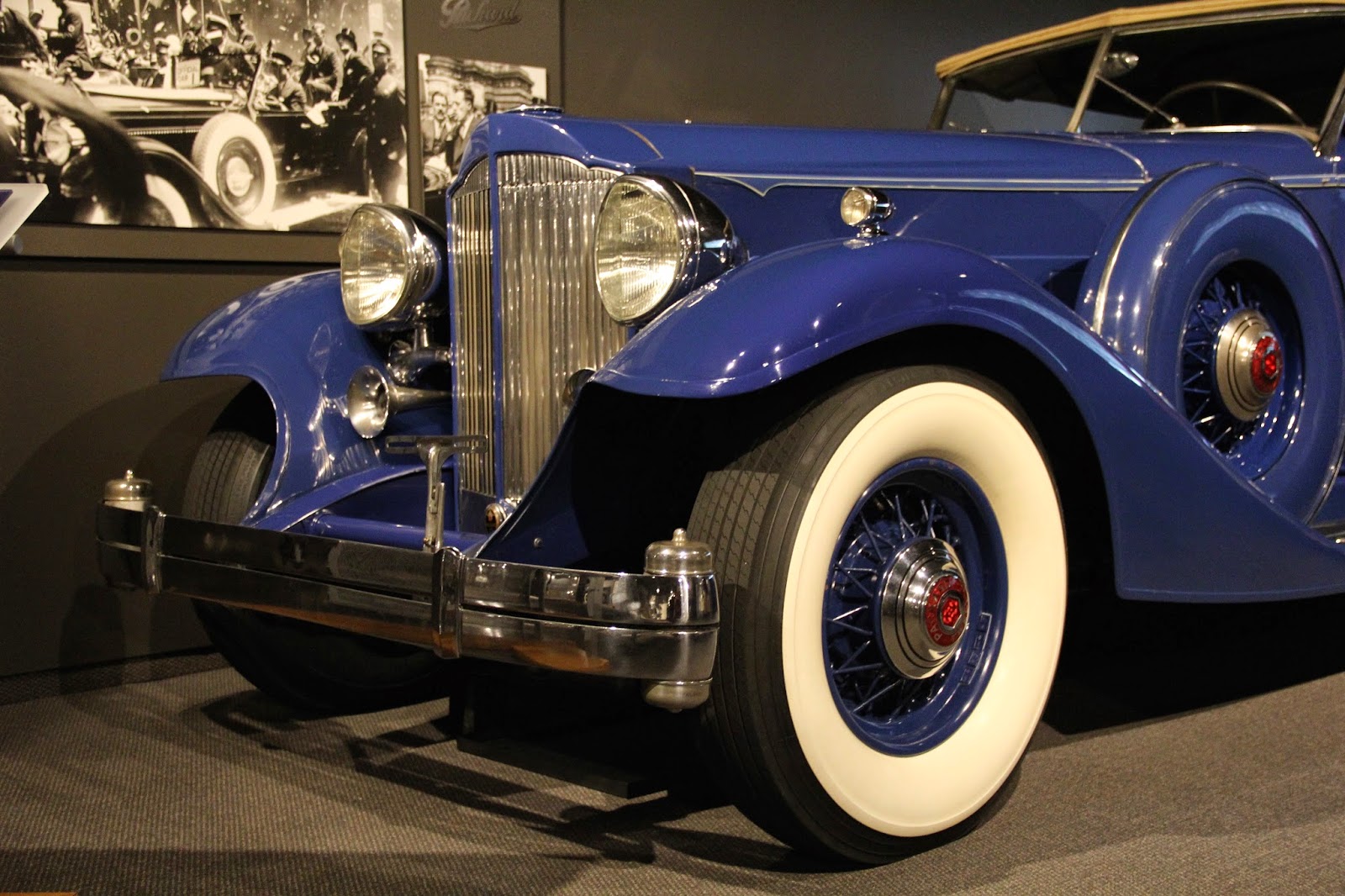 Packards were the patricians of the automobile world in the 1920s and into the 1930s.  The car that carried Lindbergh in the 1927 ticker tape parade down Broadway was a Packard, as was the car for President Roosevelt's 1933 inaugural.  This 1933 V-12 Phaeton can reach speeds over 100 mph.  Unfortunately, in the depths of the Depression, few people could afford them, so, though Packards continued to be built, they were a flop financially, and finally went out of business in 1958. 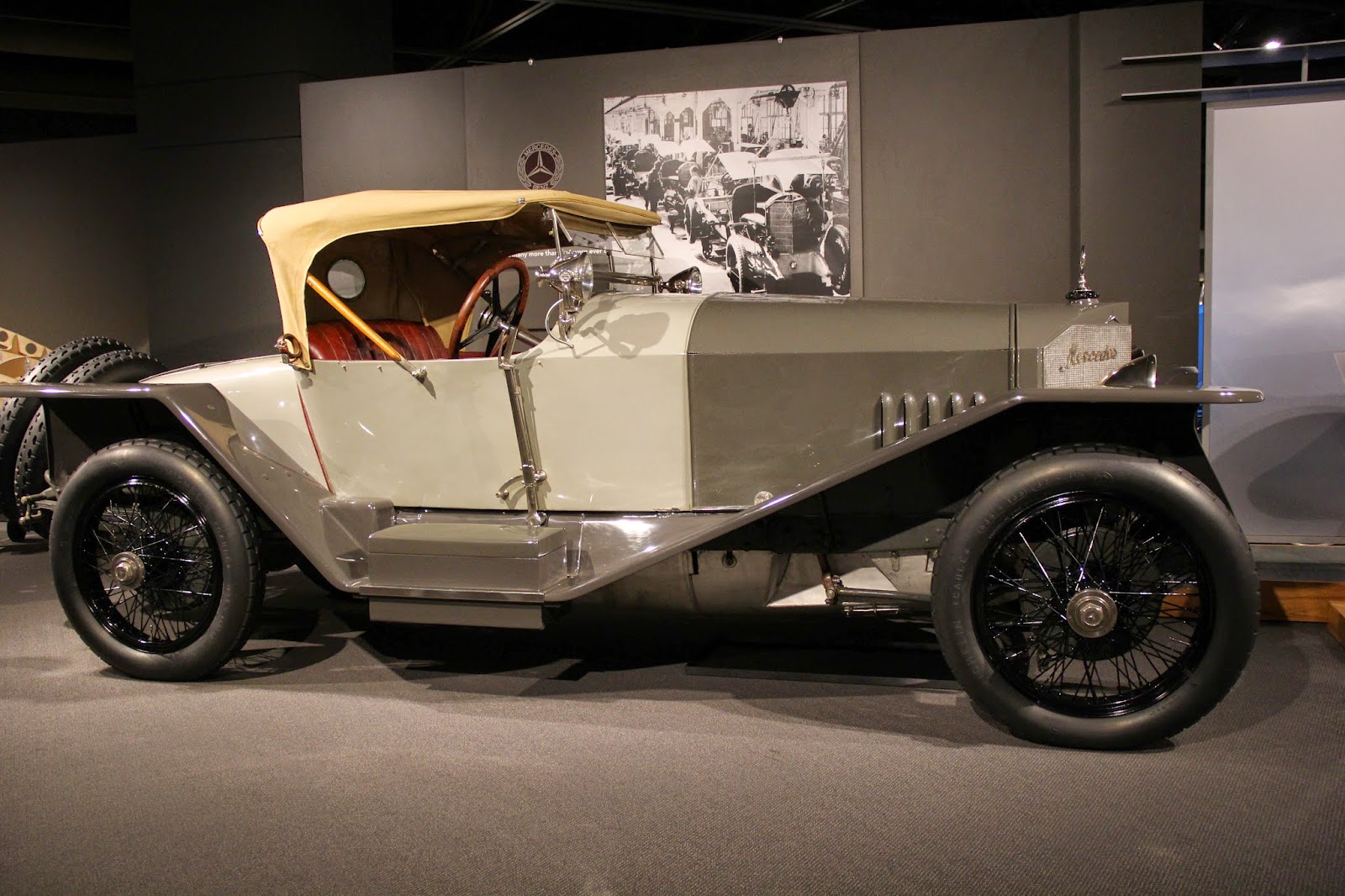 This powerful Targa Florio 28/95 was built for the American Mercedes Company.
It is one of only three known to exist. 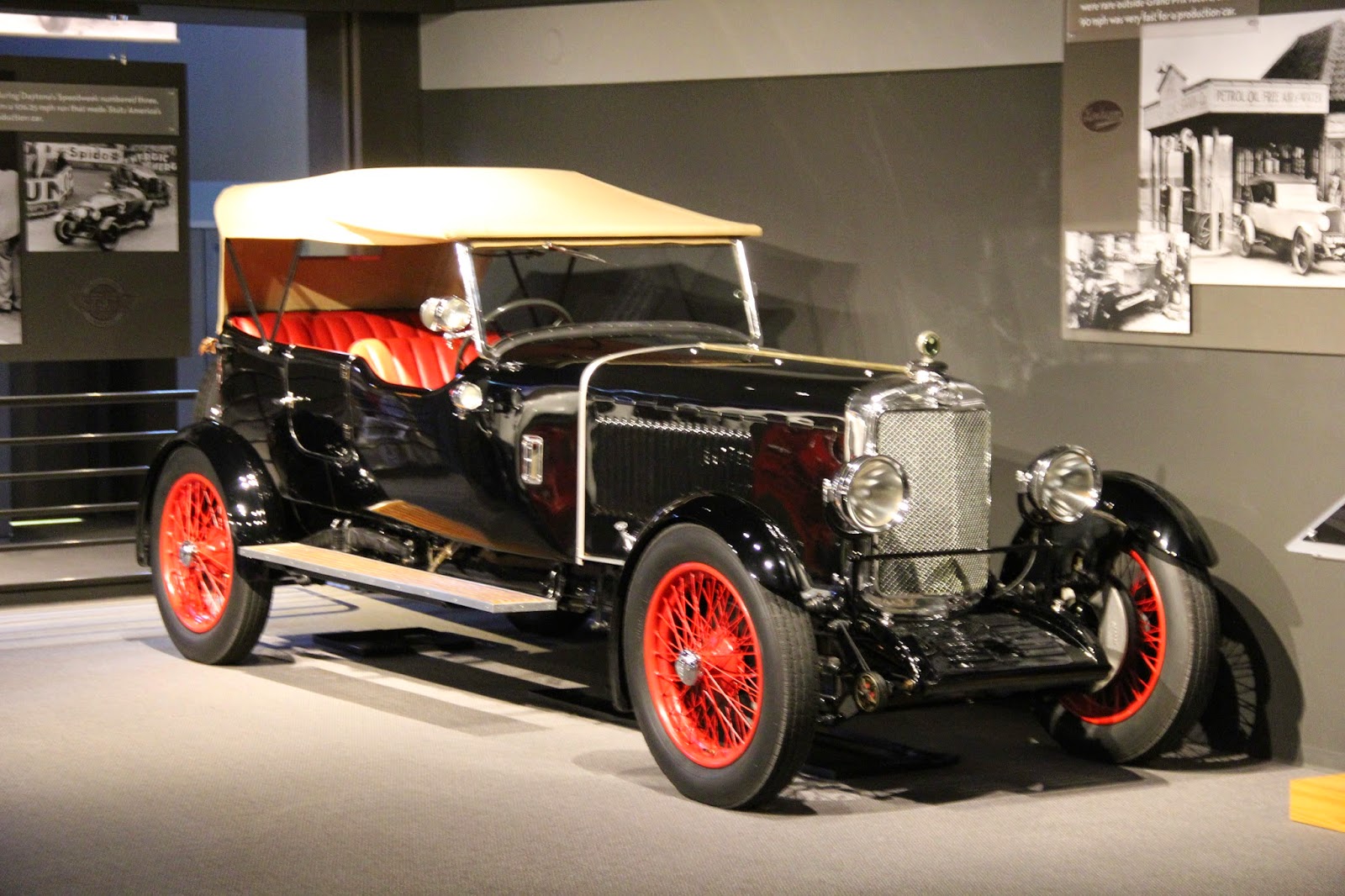 A Sunbeam took second place in the 1925 LeMans race.  This 1929 Three-Liter Twin-Cam Super Sport set a new land record of over 200 mph.  Unfortunately, the compromises that made it both an elegant touring car and a winning race car drove its price so high that few could afford it. 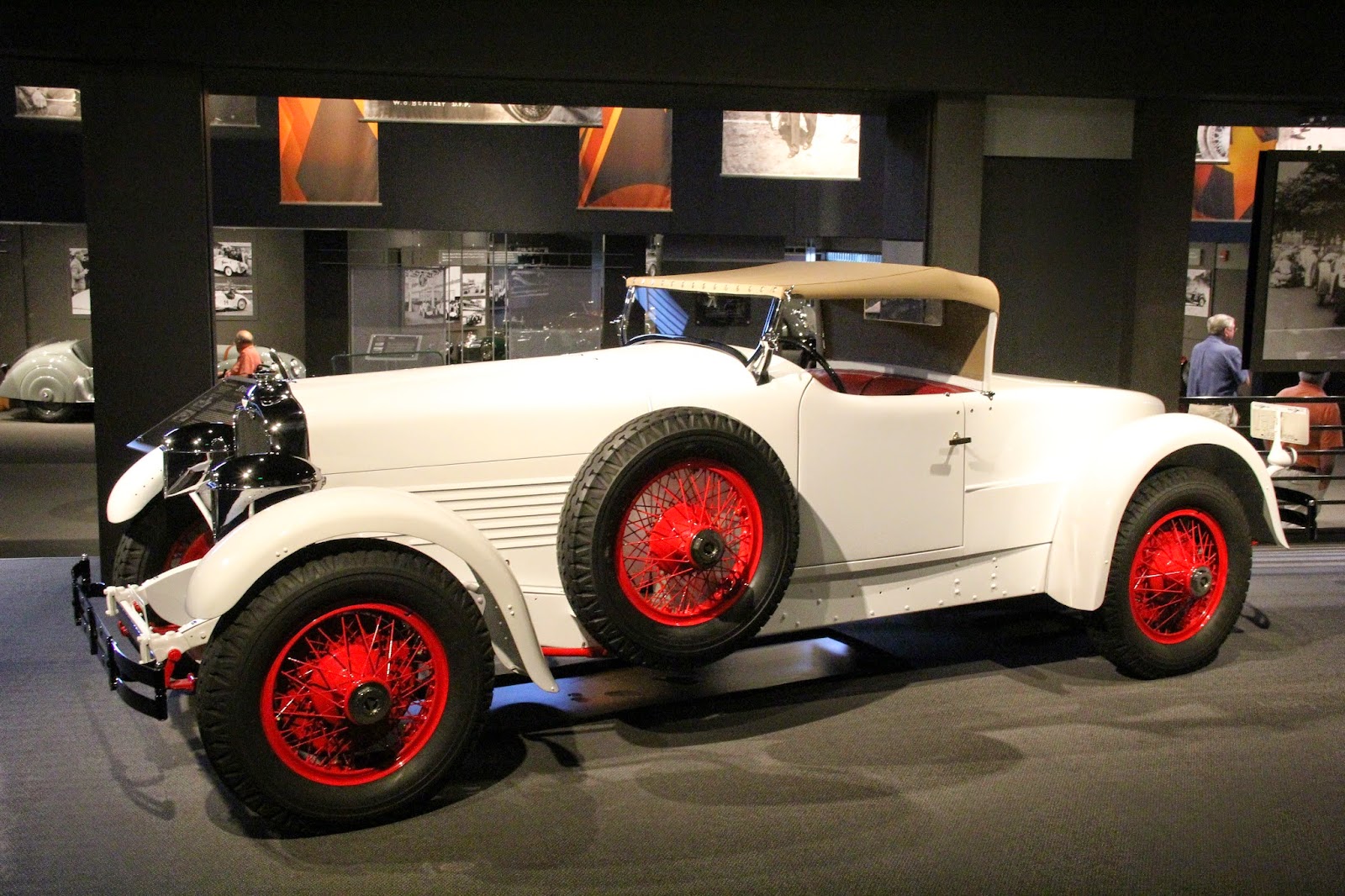 This 1928 Stutz Black Hawk Boattail Speedster won most races it entered.
It was so well made and advanced that it still raced 20 years later, at Watkins Glen. 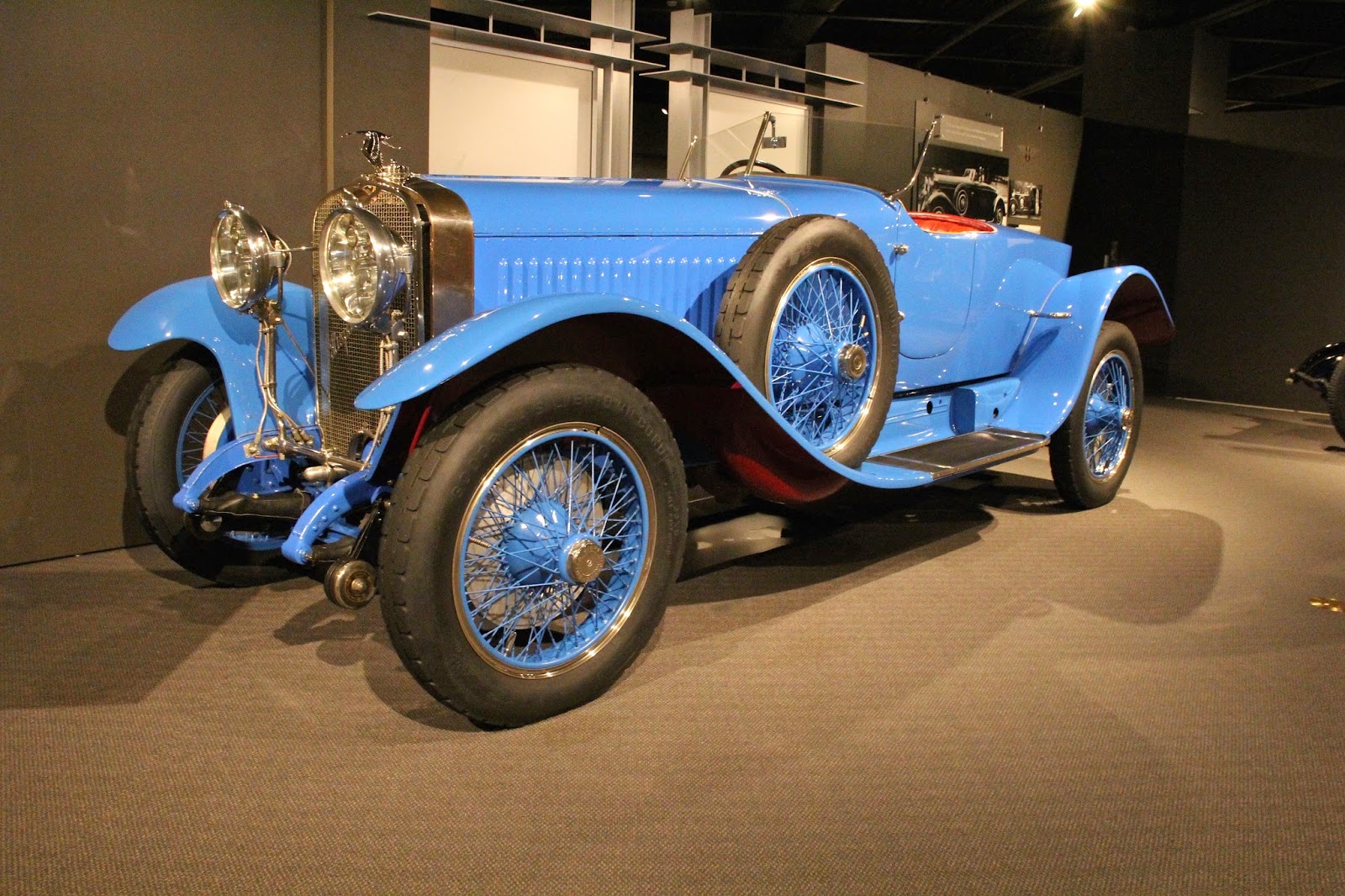 The Hispano-Suiza was the most expensive European car in the 1920s.  The engine is derived from an aircraft engine.  It was favored by gentlemen racers and society women.  This is a 1928 H6C Skiff.
Posted by Jack at 5:30 AM

What a GORGEOUS collection of cars. I wonder if there is competition to be the people that "exercises" the cars?

These are great! Beautiful

They all are beauties, what a great collection, fascinating !

Classic cars are truly works of art in themselves. This looks like a great museum and it's nice to see some European cars on display.

I do not know much about classic cars, but these are just gorgeous!

what a great collection...fancy schmancy!

You really can't beat these old beauties Jack, cars these days are so ordinary :)

It would be fun to have the job of "exercising" these beauties.

I bet they get a lot of attention when being exercised, Jack!

What a super collection of old autos! I don't know anything about cars either but that doesn't stop me from enjoying the looks of a well-kept one.

What incredible old cars, Jack!! They're even more beautiful to me because they're older than I am!!! I didn't think there was anything that old!!!

Wow, they are beautiful!

You need to go to Germany and visit Stuttgart (Mercedes-Benz & Porsche museums) and Munich (BMW museum). The Mercedes one is fantastic and your photos remind me of it.

Re. yesterday's post: I wouldn't drive a red car unless it was a Ferrari (or a rental that I can't spray black). That's what I meant.

Looking for a movie set. Ready for their close-up.

Love that first one.

I'm with Randy. That first blue one has my heart. (Note: I would want a driver to complete the look.)

I'm not a huge fan of cars, but it is fun to see these "oldtimers".

I can drive 'em and park 'em. Cars are good for that. You know, utility.
The super fancy ones? I'd die a little death with every insect that hit it, not to mention dings or scrapes.