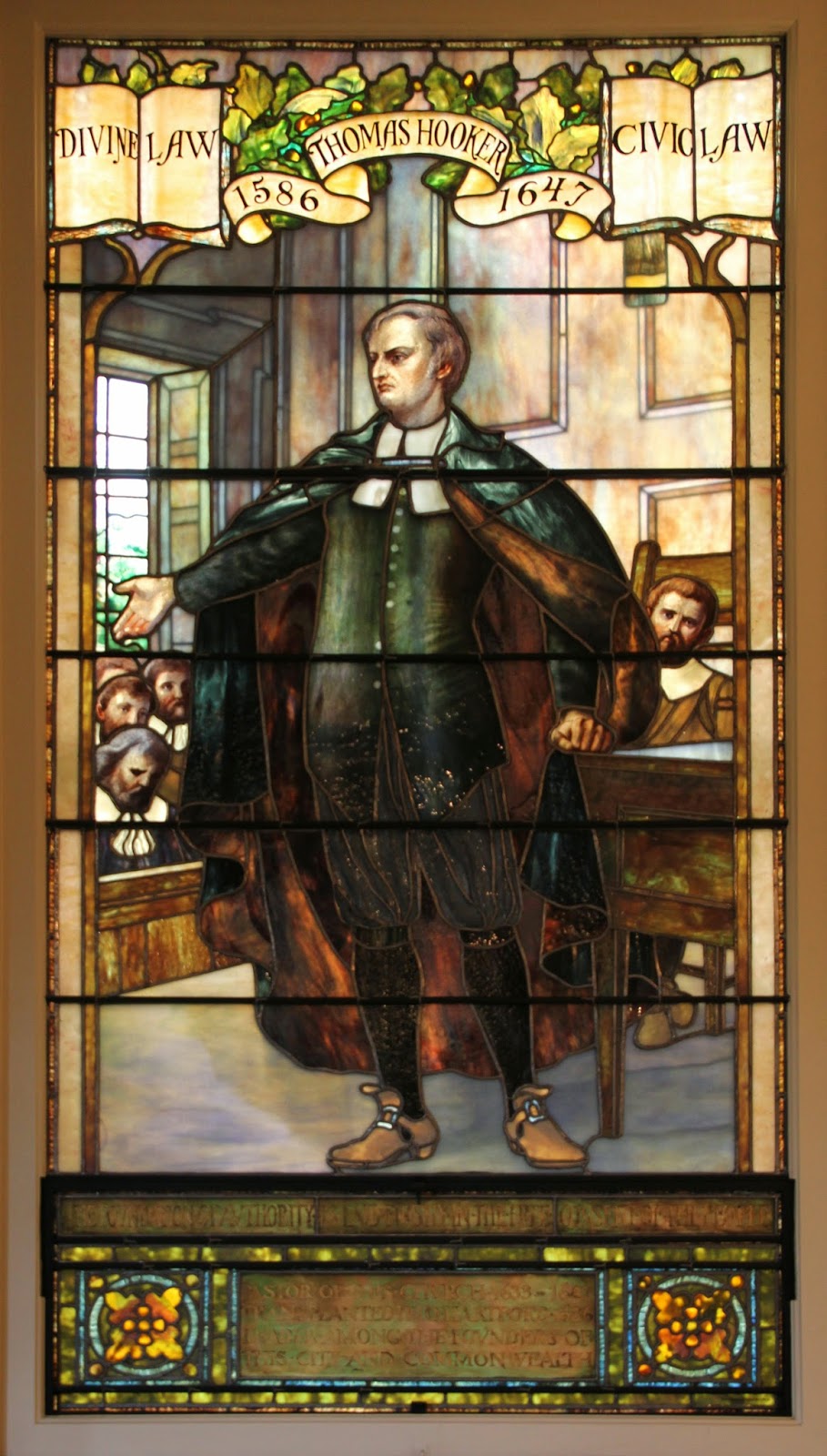 The Center Church Tiffany windows were made and installed from 1894 to 1903.

Thomas Hooker is the founder of Hartford.  He was a prominent clergyman in Cambridge, Massachusetts.  Hooker disagreed with the practice in Massachusetts of limiting voting to "freemen," men who were officially admitted to the church after extensive interviews about their religious views.

So, in 1636 Hooker led a band of 100 followers out of Massachusetts to the banks of what we now call the Connecticut River.  This community adopted much broader voting rights.
Posted by Jack at 5:30 AM

I remember Tom. Well, I remember reading about him. It is fitting that he gets a beautiful stained-glass window like this!

Hooker deserves to be remembered, a man ahead of his time!

It's a beautifully done window, Jack!

I do agree with EG, Hooker does indeed deserve to be remembered! We need as many people as possible who are ahead to their times! Beautiful window and a terrific capture as always.

I like those Windows , their special light ,and the stories they tell.

That window is gorgeous.

That's a fine memorial to the man. Hooker graduated from Emmanuel College Cambridge, which had a tradition of educating forward-thinking Protestant preachers. Several of them, including John Harvard, emigrated to New England and were influential in its early days.

That stained glass is magnificent!

Interesting history and beautiful window. I wonder what causes Hooker might support in this day and age.