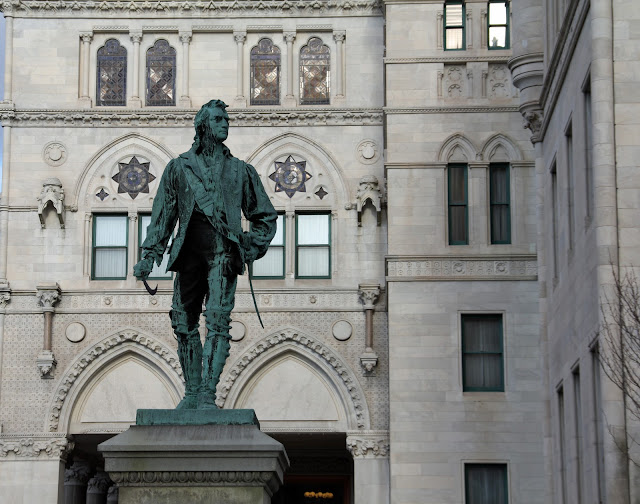 This is another statue on the grounds of the Connecticut State Capitol.

The French and Indian War was brutal for all involved. Strange how friends become enemies and enemies become friends depending on our needs and perceptions at any moment in time.

So much I don't know... or recall about history.

Wonderful history, I love the details on that building.

He looks like quite the dashing chap in this statue. Love how you centered it in the designs of the building.

So sad that he died so young! Those were such warring times...kinda sounds a lot like today.

I love the way you've captured his statue framed by those arches on the facade of the building.

There certainly are a lot of historic figures honored in your area!

Love the composition of your shot and all the lovely details you have captured!

Great capture and thanks for the history note.
You have many great statues in your area....a history-lover's paradise!

Nice statue and I really like the details in the windows behind it.

Very nice statue and wonderful architecture in the background!
Thanks for sharing, Jack;o)

I really love the way you picture those statues, with a beautyful building behind..An other one who was wih the frenches!