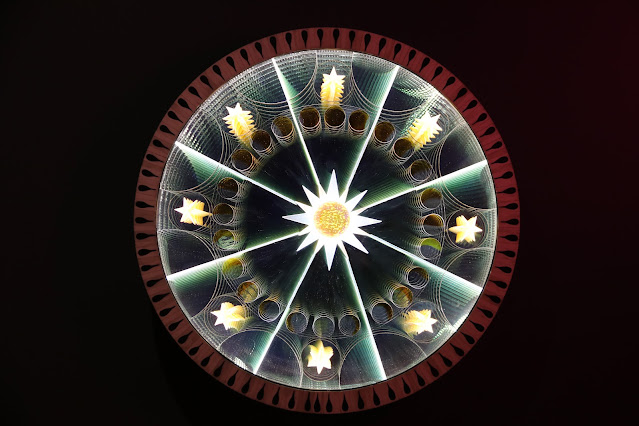 This one glass structure on a black wall captivated me.  Tim Tate created it from glass, electronics and more.  He explains that his works create an optical and bodily illusion of infinity through apparently limitless space.  I photographed this first image straight on.

This was a secret commission from a collector to surprise his wife on their 50th wedding anniversary.  It celebrates their love and bears a reminder of the dome in the place where they were married. 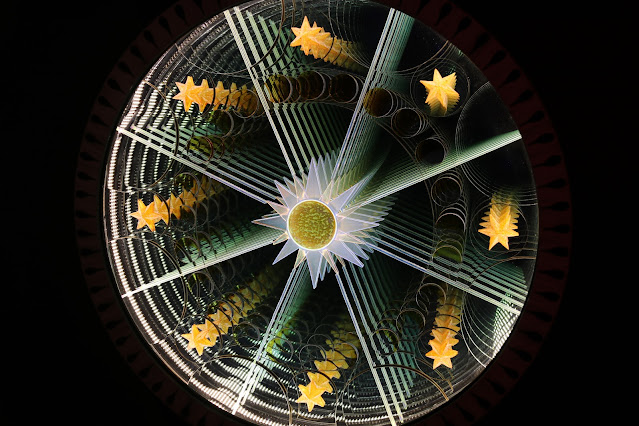 By moving slightly to the right, I got a very different image. 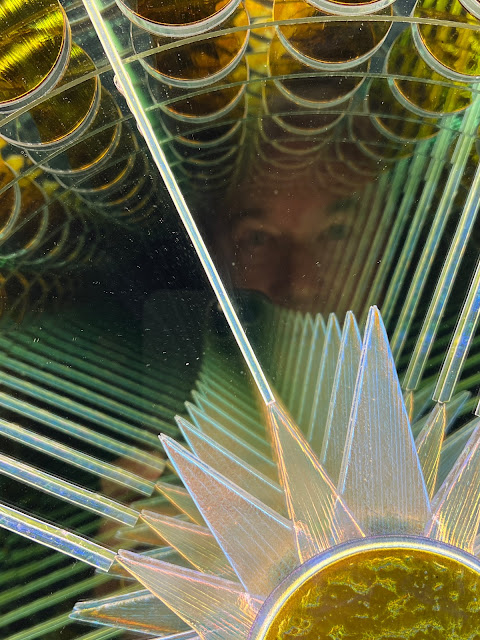 The first two images were captured by my DSLR.  Then, by holding my iPhone to the side, I captured a rare and ghostly self portrait.

First photo is great, as is the artwork.

This is amazing, Jack.

What a beautiful piece of art, especially knowing it's meaning by the creator.

My first thought was that this as architectural. Your self portrait is terrific, Jack. Keep up the good work.

One of those things you have to be there for. You've done a good enough job on showing how it might be to be there. An impossible job.