So long as I was at the Wadsworth Atheneum to see the contemporary glass exhibition, I visited other rooms.  I came across some objects and images of women, often by women. This 1859 sculpture of Zenobia in Chains is by Harriet Hosmer.  Hosmer shows Zenobia (a third century queen in present day Syria) after she has been captured and includes chains as symbols of repression and control.  The dignified portrayal of the queen is often cited as an early example of feminist art. 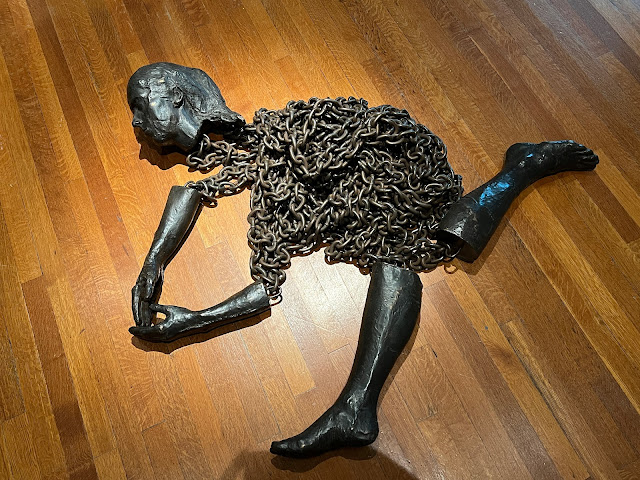 A few steps away, Kiki Smith's 1992 bronze sculpture "Daisy Chain" is a jarring contrast with a similar theme.  Smith's fragmented and chained female body disturbingly addresses issues of rape and violence against women, as prevalent in the 1990s when Smith created her work as they are today. 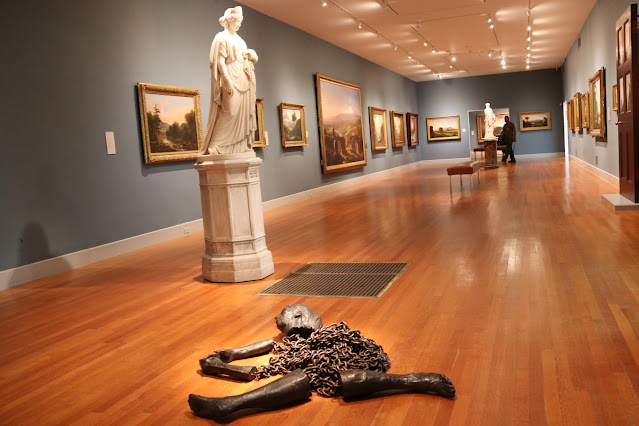 This view shows the two sculptures in the context of the room in which they are exhibited. 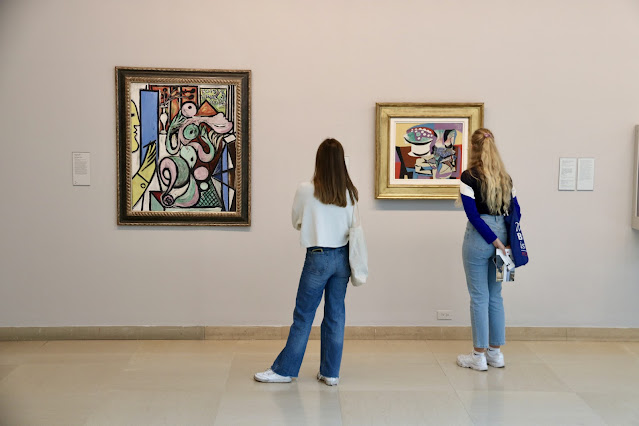 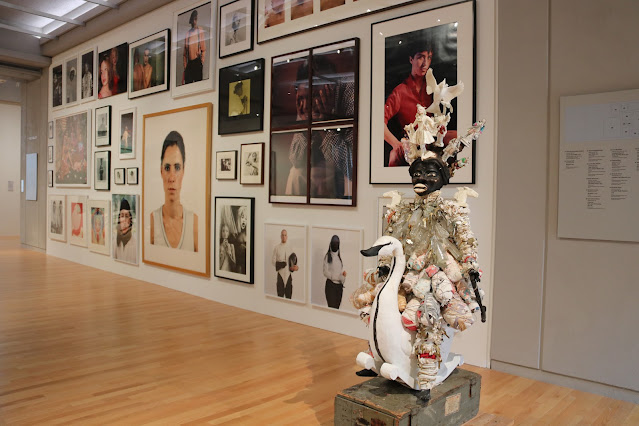 Vanessa German's Black on White Swan is a female warrior fighting against the evils of
racism, gun violence, and police brutality.  The hammer-wielding figure's armor includes traditional elements, like shells and beads, as well as contemporary embellishments like buttons, keys,
bottles, wristwatches, and white ceramic figurines. 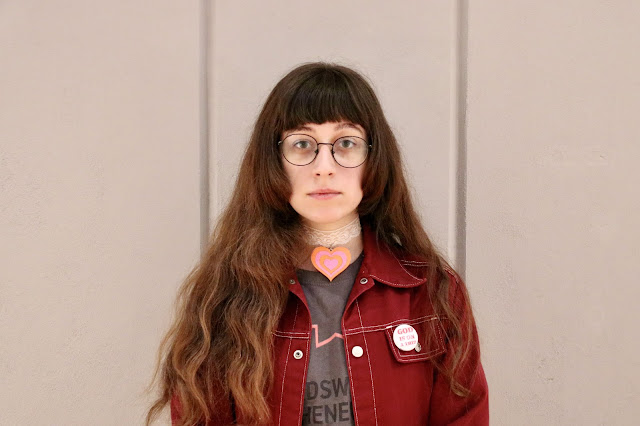 Cassandra is a recent graduate of art school who works as a security guard at the Atheneum when not working as a graphic artist.  Her button reads "God is on a trip."

I thought Cassandra was part of the exhibit at first.

These are thought provoking.

Those are powerful sculptures, Jack. Art sometimes can make a political statement. We are now at a time of shifting political awareness lead by art works.

One can feel oppression and fear imbued in these representational artefacts

The chain sculpture is disturbing. Perhaps God really is on a trip, or given up and gone elsewhere.