Continuing at the Revs Institute.  Let's see some other cars. 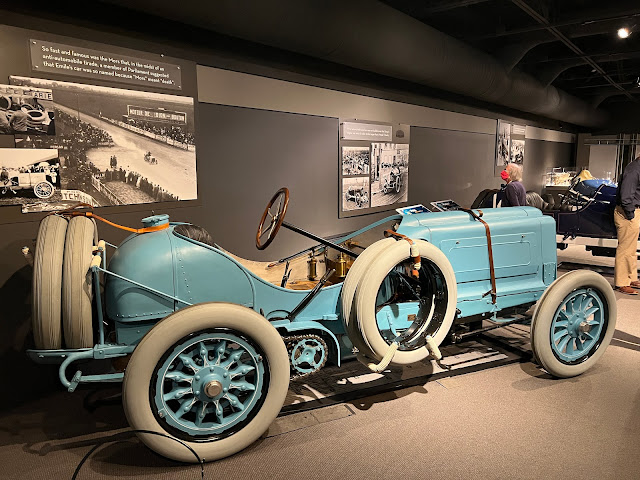 1908 Mors (Grand Prix car).  More automobiles began in England a few years before an American company was licensed to make them.  Bad businessmen, their advertising punned about death and they rushed vehicles like this one into races before they were ready.

Andre Citroen left the company and did far better on his own. 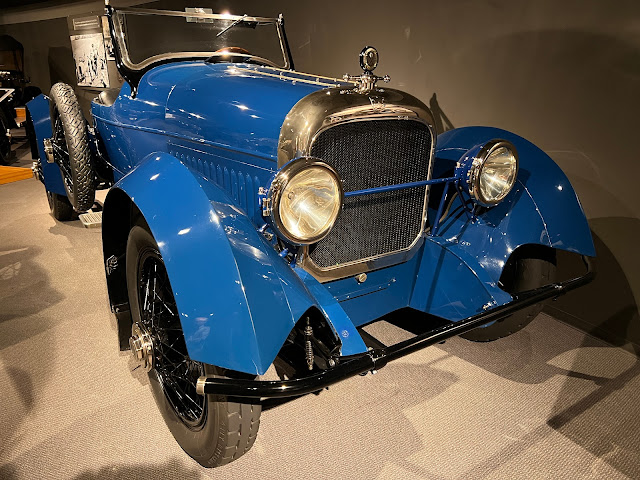 This 1928 Hispano-Suiza (H6C Skiff) was one in a line of very fast, elegant and expensive automobiles.  Racers liked the engine, based on aircraft engines used in World War I, and the ladies liked the styling. 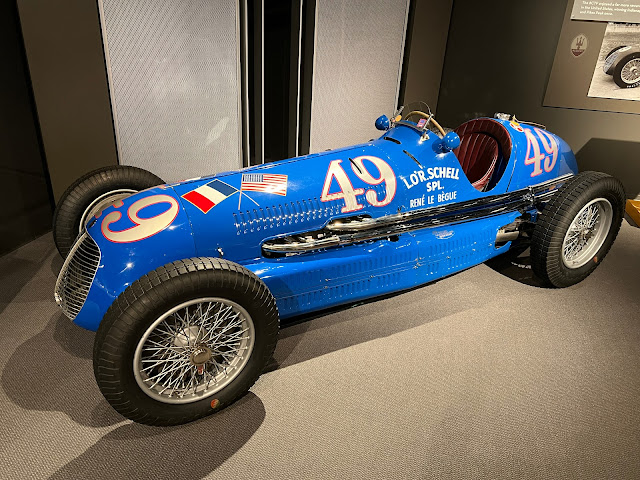 The 1938 Maserati (8CTF Grand Prix) was a very fast car, an attempt to overcome the German carmakers' lead.  It got off the blocks fast but tended to break down.  Later versions of this car won Indy twice and Pikes Peak once. 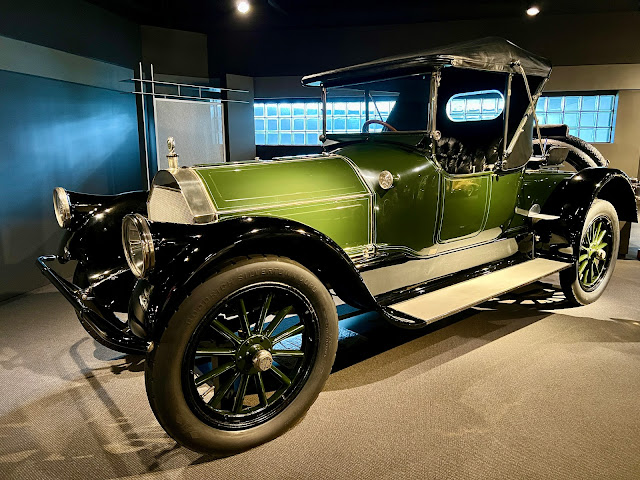 This 1915 Pierce Arrow (48 B-3 Runabout) was built by a company whose earlier products were bird cages.  Pierce Arrow was the choice of U.S. Presidents from Taft until Hoover chose a Packard. 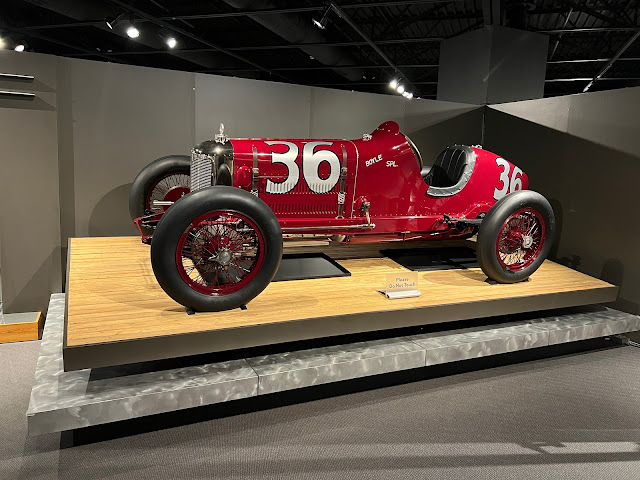 1924 Miller (122/91 Racing Car).  Harry Miller built great racing cars but he was a terrible businessman.  His Miller racing cars battled Duesenbersg year after year at Indy in the 1920s. 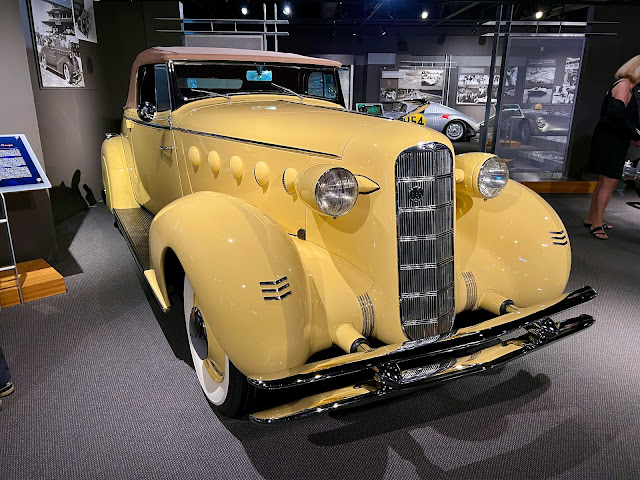 A 1934 LaSalle (Series 350 Convertible Coupe).  Ford built "one size fits all" cars, General Motors built cars to fit different wallets.  LaSalle was below Cadillac and above Oldsmobile with Art Deco features.  It was an artistic triumph, though it declined in the 1930s as tastes moved toward smaller vehicles.

The last one also appeals to me.

These are beautiful. Just last night a friend told me that there is a private vintage car museum located in Scottsdale that I had never heard of before. I need to check that out.

I really like them all, much better than modern cars