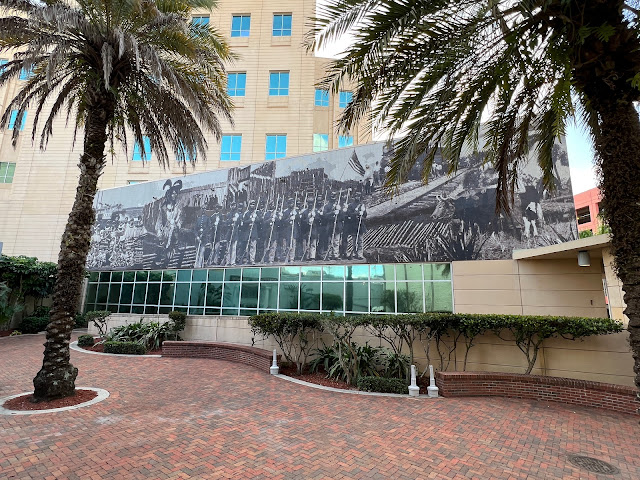 A massive 1999 tile mural by Barbara Jo Revelle is in a small courtyard, on one wall of the federal courthouse at the west end of First Street.  The mural incorporates old photographs of Black solders in the Civil War who defended the fort for which the city is named from Confederate attacks. 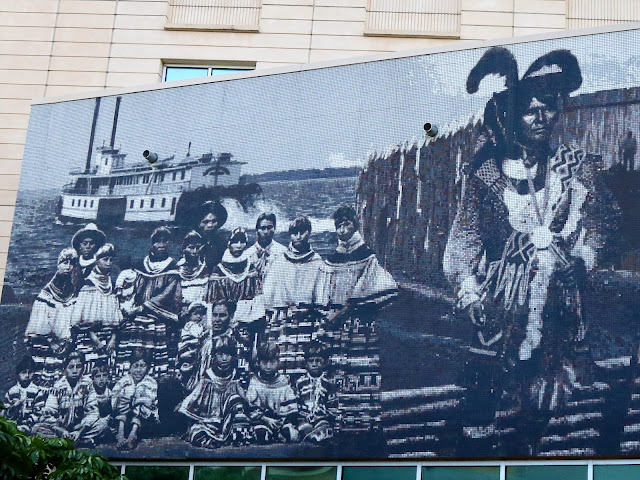 The mural also highlights Seminole Indians who were deported from Florida and relocated to Oklahoma so white farmers could take over their lands.
Revelle is an artist who is on the faculty of the University of Florida.  She headed the UF photography department when this mural was installed.  A lengthy discussion of the mural and the history it represents is here.  Linked to Monday Murals.
Posted by Jack at 5:30 AM

It is wonderful, Jack.

A marvelous mural depicting a sorted history of Indian abuse, and the positive role played by African American union troops during the Civil War. Thanks for the link to Fort Myers History also.

It really stands out well.

A nice historical mural. Thanks for participating in Monday Murals Jack.

What a wonderful mural. Nice that the black soldiers are finally getting credit they deserve, while the Seminole had to walk the Trail of Tears to OK. It says a lot about "us."