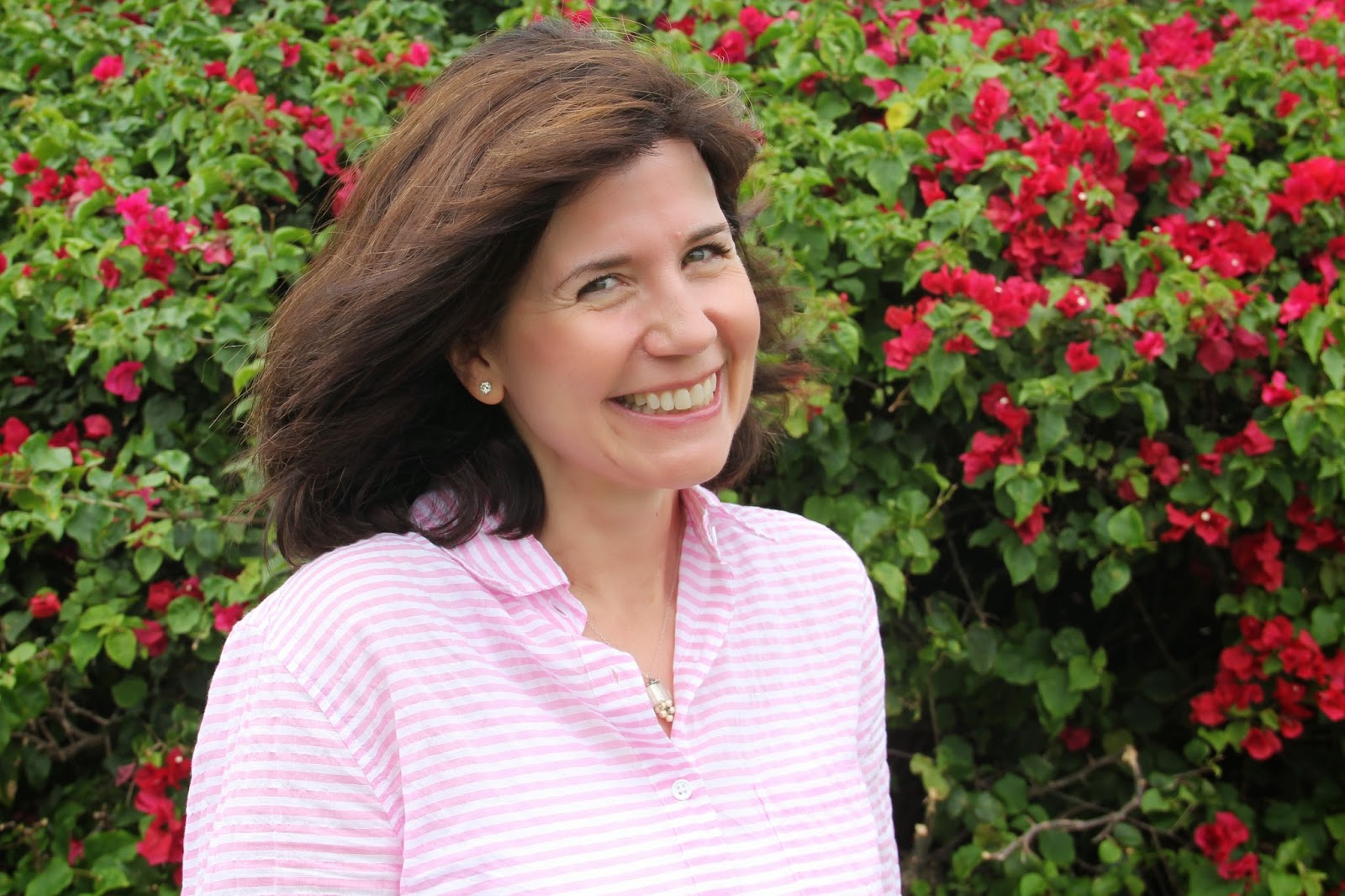 This is known as the "I'll kill you, Jack, I told you I don't want my picture taken" look.
It is the variation used by a very nice person who won't really kill me,
however much she thinks I deserve it.

I hired Betsy when she was one year out of college.  After a half dozen years,
Betsy and her husband moved out of Hartford so he could take a job in metropolitan New York.

Last year, his company relocated its headquarters to Southwest Florida,
so they now live nearby again.  It was great to see you, Betsy.
You should have the decency to age, like the rest of us.
Posted by Jack at 5:30 AM

Betsy has beautiful smile and it's contagious.

Beautiful photo of a beautiful young friend. How nice that you two were able to reconnect!

She has a great smile Jack.

How fun to reconnect with old friends and wouldn't it be great if we all could age so beautifully!!! A lovely smile indeed! Great post to start my day, Jack, thank you!!

What a fantastic smile and what fun to be able to catch up!

I guess you are still alive if you posted this amazing portrait!

Maybe she has a portrait hidden away that is aging, Jack! ;-)

Smiling through gritted teeth...but her expression says she forgives you too. She looks lovely and I'm sure you hired her for her brain.

That certainly doesn't look like an "I'll kill you" look.

A wonderful portrait, even if she wants to kill you!

She is a beauty!

You do have a way with the ladies Jack :) Betsy is lovely.

What a great and natural portrait Jack. I can see from your recent work that you are getting more and more comfortable with street shots. I love them and I can see that you do too.
V

You are very good at this....taking nice portraits!

Happy weekend to you!