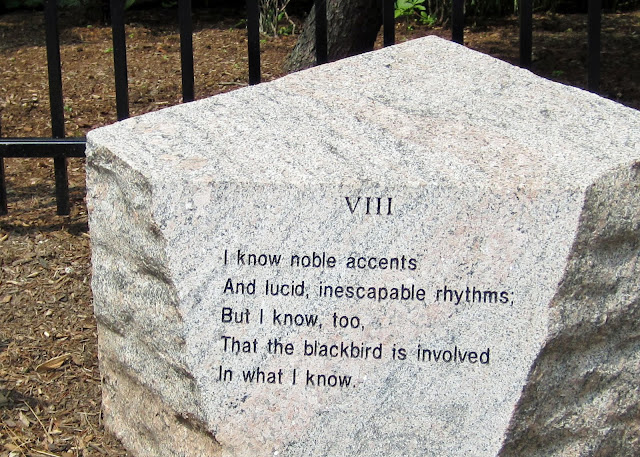 This is posted for the story, not the photo.
Wallace Stevens was a successful insurance executive who also became a noted poet.  He never learned to drive a car, so he walked the two miles from his home on Westerly Terrace to his job at The Hartford.

One of his poems was Thirteen Ways of Looking at a Blackbird.  A group called the Friends and Enemies of Wallace Stevens raised funds to place thirteen granite stone markers along Stevens' path to his office.  Each marker bears another stanza from Blackbirds.

Here is a Boston Globe story about the walk.
Posted by Jack at 8:47 AM

I love this concept of marking Stevens' daily walk with his poem. Each stanza offers a meditation for the next section of the walk. Lovely and uplifting idea.