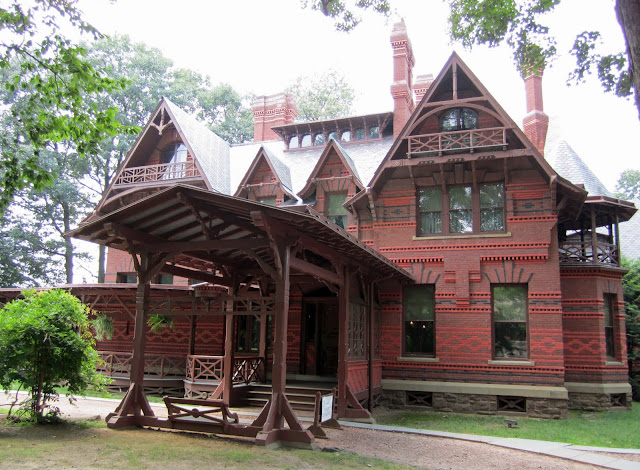 This is the house Twain built on Farmington Avenue in Hartford.  For information about the house, see Mark Twain House and Museum  The brick work is fascinating, and everywhere one looks, something else is jutting out.  The detailing is extensive. 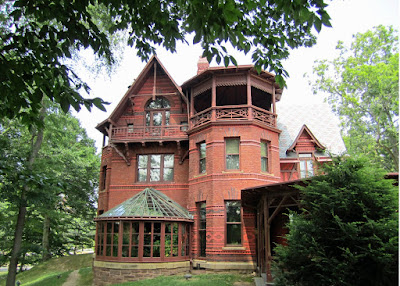 I like visiting the house during the Christmas holiday season, when the festive decorations set off the luscious interior.

Twain was forced to leave the house in 1891 to make a European lecture tour, because his spending and poor investments made this house too expensive to maintain.  His favorite daughter Susie died of meningitis in the house in 1895, making it too painful to stay in Hartford, so Twain moved to upper New York state.

I was just browsing looking for the Asylum shots and saw this and showed my husband (he's a carpenter) and he loved these Twain house shots. They are pretty cool.

Sure is an interesting looking building.