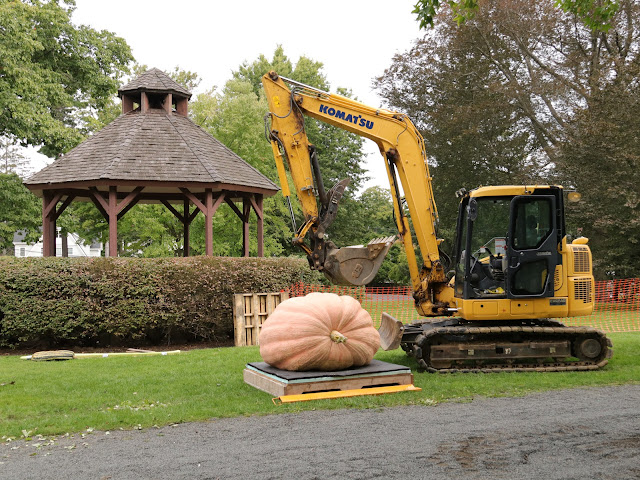 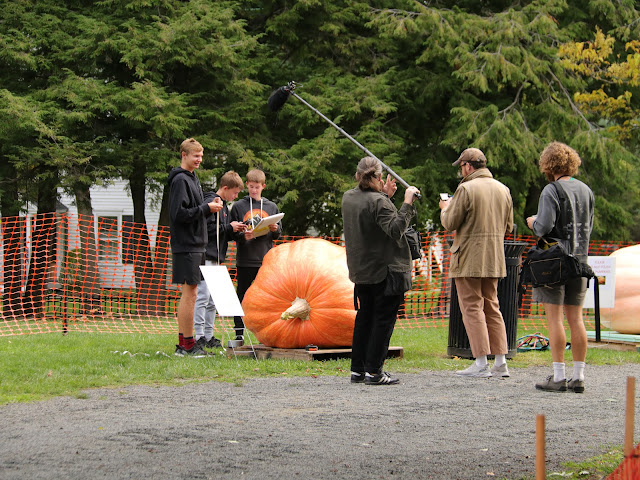 Local press did some interviews. 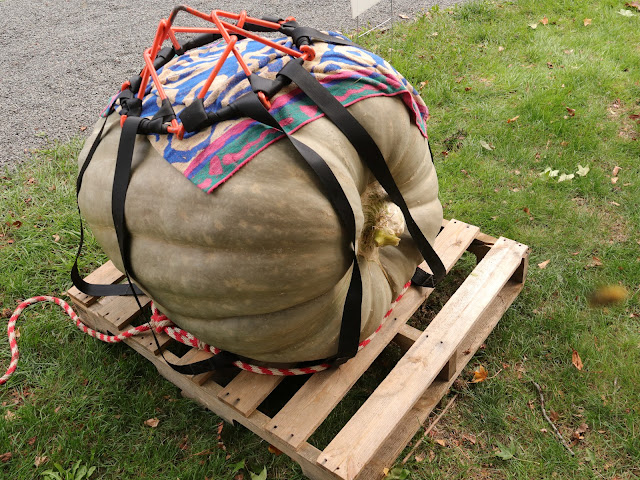 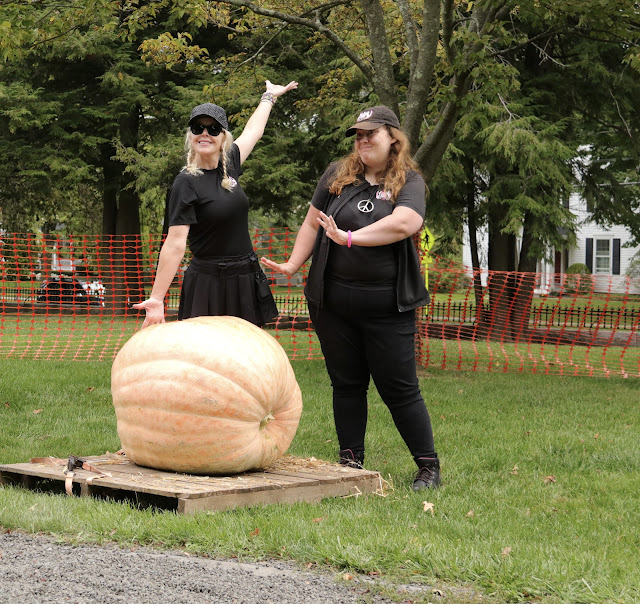 Val Jensen, the woman who leads the Prospector Theater in Ridgefield bought a farm in Wilton last year.
She and her "Prospects" have started growing giant pumpkins.  This is their first entry. 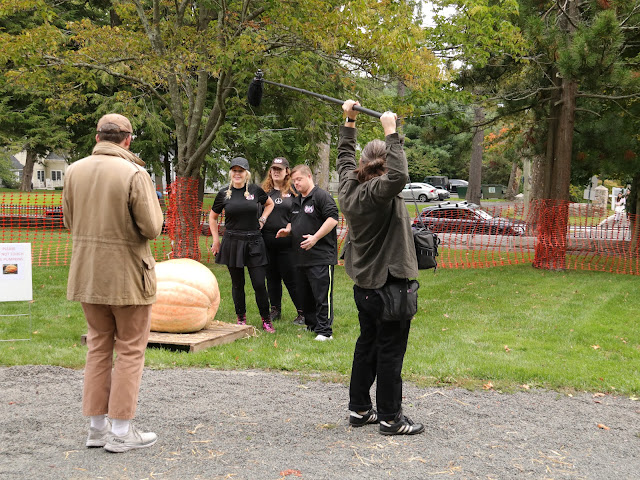 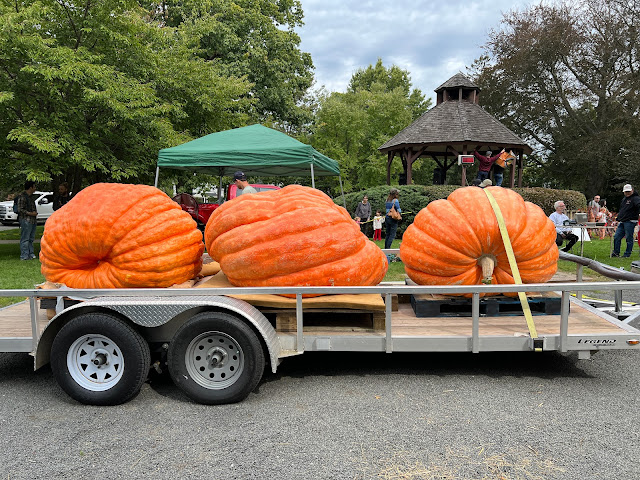 A farmer loaded his three entries onto a trailer after they were weighed and left the park.

I also left before the results were announced.

Those giant pumpkins are amazingly large. I can see why heavy machinery is used to move these pumpkins around.

The squirrels would be attacking them if they were growing here.

Incredible gigantic pumpkins! Though they look a little squashed somewhat