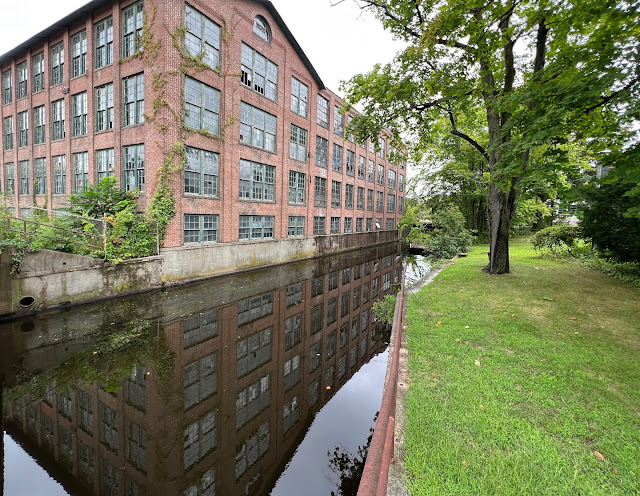 Georgetown's Gilbert and Bennett Company began in the early 1800s, making sieves from horsehair.  In time they adapted to metal wire products, transitioning their sieves and sifters to wire.  They eventually put their wire-making skills to use in manufacturing window screens and fences. 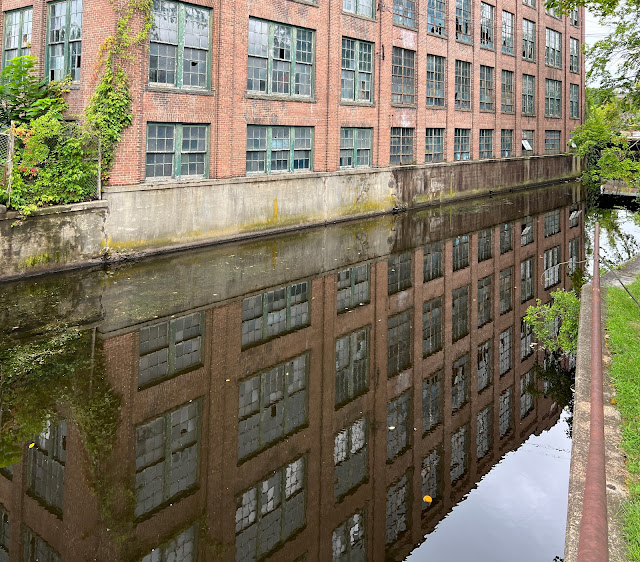 But, like many industrial companies. they faced competition and decided in the 1970s to relocate their manufacturing, first to lower cost places like Georgia and eventually China.  But, the company folded around 1990 and their huge brick manufacturing facility in southwestern Connecticut was abandoned.

That is a very nice reflection

What a fine looking building, Jack. Hopefully it gets converted and used again for something.

Lovely photos,Jack. This is the sort of old industrial building that is often converted to condos. It has the visual appeal of a waterway.

Reminds me very much of an old industrial area in Norrköping.