Out of the Jurisdiction: A Quick Stop in Ubeda

On the three hour drive between Ronda and Ubeda, we passed more olive trees than I imagined existed on earth.  I have no idea how they find enough people to harvest all of the olives. 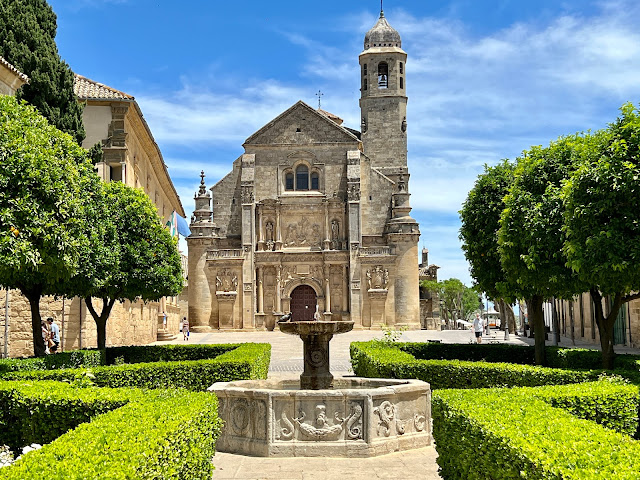 Our parador is obscured by the trees on the left.  Sacra Capilla del Salvador (Holy Chapel of the Saviour)  is in the center in Vázquez de Molina Square.  Ubeda is at the margin between Castile and Leon, so it attracted a lot of patronage in the 16th century.  Ubeda is a Unesco World Heritage site. 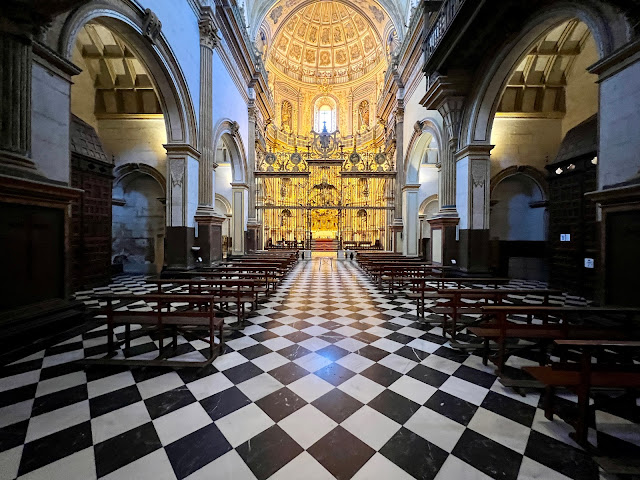 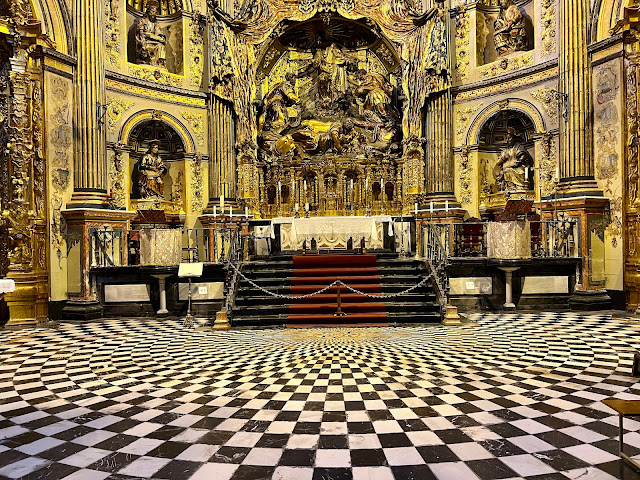 Francisco de los Cobos y Molina is the most noted figure in Ubeda's history.  In the 16th century he was secretary and right hand man to Emperor Charles V.  He traveled extensively, amassed riches, and married a woman from another wealthy family .  He and his family built this chapel as an eventual mausoleum. 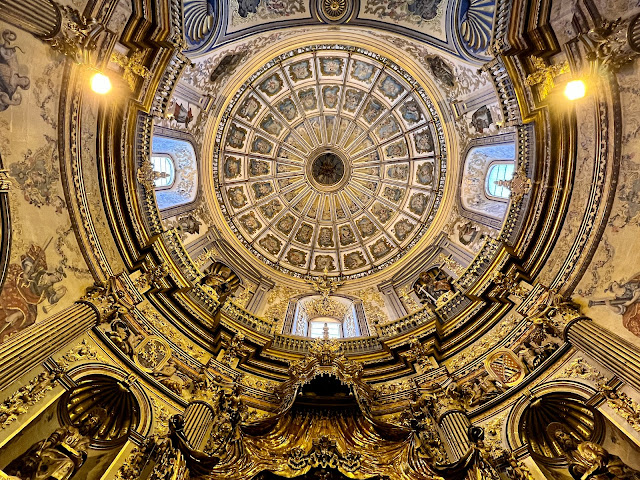 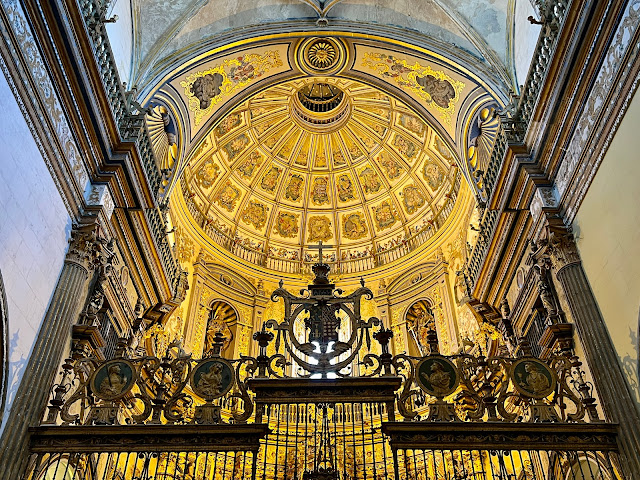 The chapel has an impressive Renaissance dome with three window arches.  The dome stands on Corinthian columns above highly decorated walls.
Tomorrow:  off to Madrid.
Posted by Jack at 5:30 AM

gosh all that gold!