Danbury and Ridgefield, Connecticut, have their own "Paul Revere," though ours was a 16-year old girl. 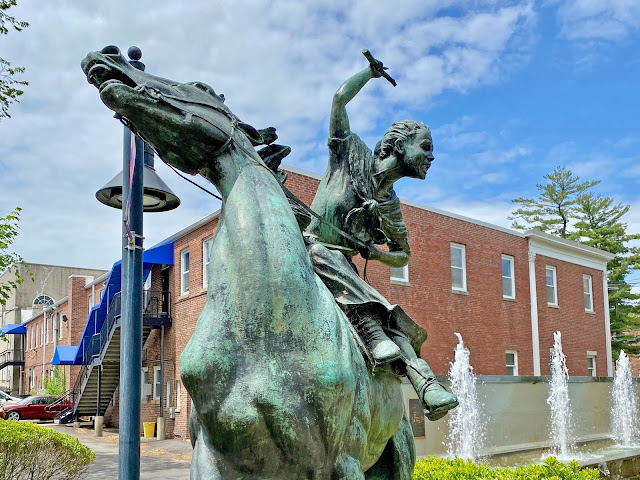 In 1777, Sibyl Ludington's father headed the local militia.  Upon learning that British forces were coming to burn Danbury, he tasked his daughter with riding 40 miles around the countryside in Connecticut and New York to knock on doors and assemble 400 soldiers for the militia. 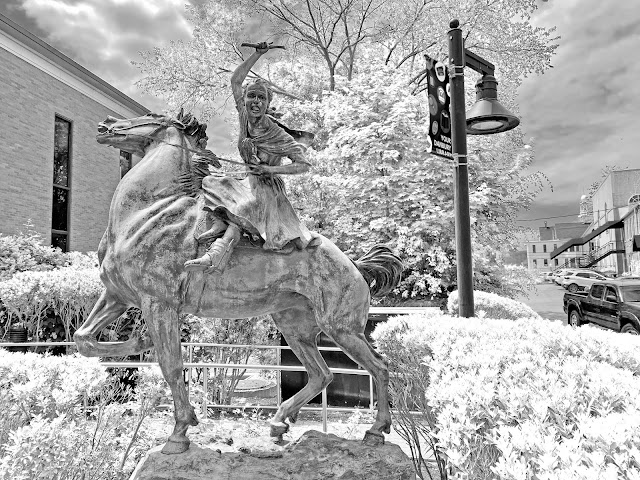 The militia arrived too late to save Danbury from being burned down, but the patriots chased the British to Long Island.  A statue honoring Sybil Ludington and her ride stands in front of Danbury's library.

A good statue. I have heard the story before.

I've heard the story, and seen photos of various art...but wonder what the significance of the stick in her hand might be...whip for the horse? Love the B&W treatment!

I hadn't heard the story but liked it, Jack!

She must have been tough to be able to ride a wild horse sidesaddle. Good to know this piece of history.