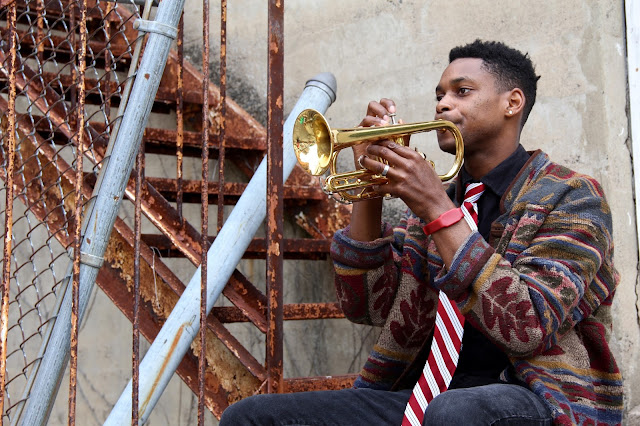 Tang$auce is a young musician, dancer and actor, whose message is "Peace, Love and Positivity." 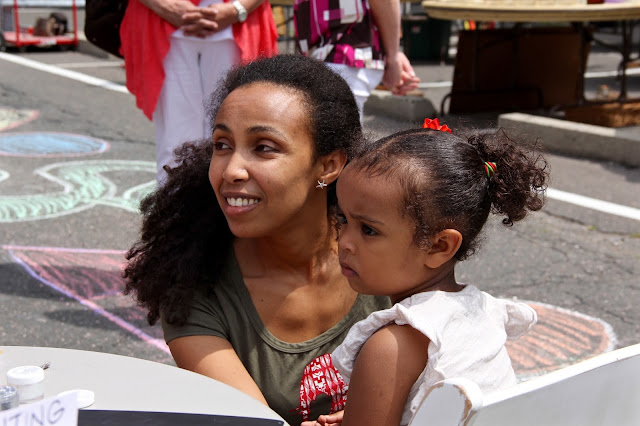 Azeb is from Ethiopia.  She came here six years ago to attend school.  Now she works in
information technology at a Hartford insurance company.   Her daughter is two.
She was going to have her face painted but was having second thoughts. 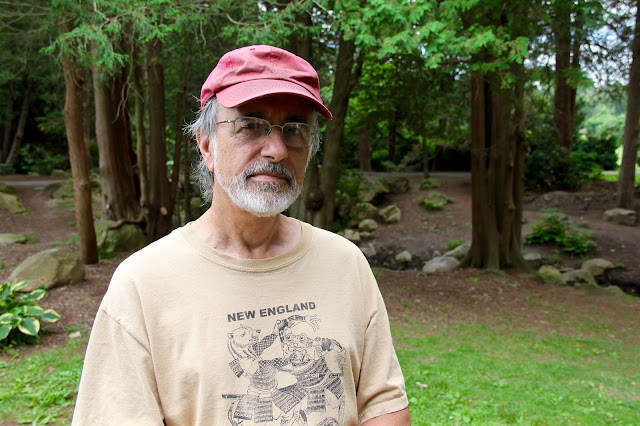 Ron is having a tough time.  He lost both his job and his house.
He stays with different friends and moves around a lot.  He wants to be a singer and songwriter.
Despite his problems, Ron tries to be positive. 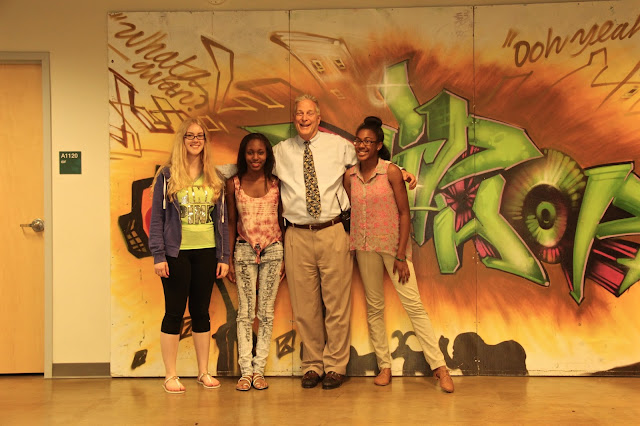 It's a long story, but I ended up at the Greater Hartford Academy of the Arts by mistake.  Not one to waste an opportunity, I got a tour of the school from Jeff, the principal.  When I asked
for a photograph, the shy and retiring Jeff grabbed a handful of the students
who were trailing behind us and stood against a mural.
Posted by Jack at 5:30 AM

Your portraits and comments are testimony to the fact that everyone has a story. You are meeting a wide assortment of people and have established a high quality of short term relationships. I loved the photo of the principal with some of his charges altho I am very surprised that he allowed a photo of the students. Where I used to teach, it was a no-no to take candid photos of students. Helicopter school? Perhaps.

What a fine collection of portraits. I always appreciate the information about each person. Everyone has their own tale to tell.

What a wonderful set of images and stories Jack.

Another interesting group of people from all kinds of backgrounds. You do such a fantastic job getting to know all these people. I'm so impressed.

You do find the most interesting people and such a great variety! I do agree with Luis, wonderful images and stories -- as always, Jack! And, as always, thank you for sharing! Hope you have a beautiful new week! Enjoy!

You meet some interesting people. This is like the Humans of ... series. It's amazing what stories people have behind their 'masks'. Love that last photo too. You're never one to miss an opportunity!

All good but the top one is my favourite. Love the setting.

I really enjoy 'meeting' your subjects and watching your creative eye at work. I wish Ron the very best. The composition of that first shot is terrific! The color balance really makes the portrait even more striking.

You should start a "Humans of Naples and Hartford" project!

Another great series, Jack! Poor Ron - hope something works out for him.

The top one particularly stands out for me, Jack.

Some interesting shots of life's reality and a reminder to those of us who have homes and some type of personal security, to be thankful and pray for those who don't have such treasures. I do enjoy your images and wide-ranging commentaries Jack. Thank you for sharing.

I think it's great how you try to get to know these people. We are usually so busy in our own lives that we don't take the time to see others. I like this series.

You caught perfectly the sadness of Ron's situation: I think his portrait stands a bit over the others...

Another fine series of portraits Jack.

Another nice series...TangSauce really stands out for me. He's not only interesting but his instrument, tie, and the setting are all great.