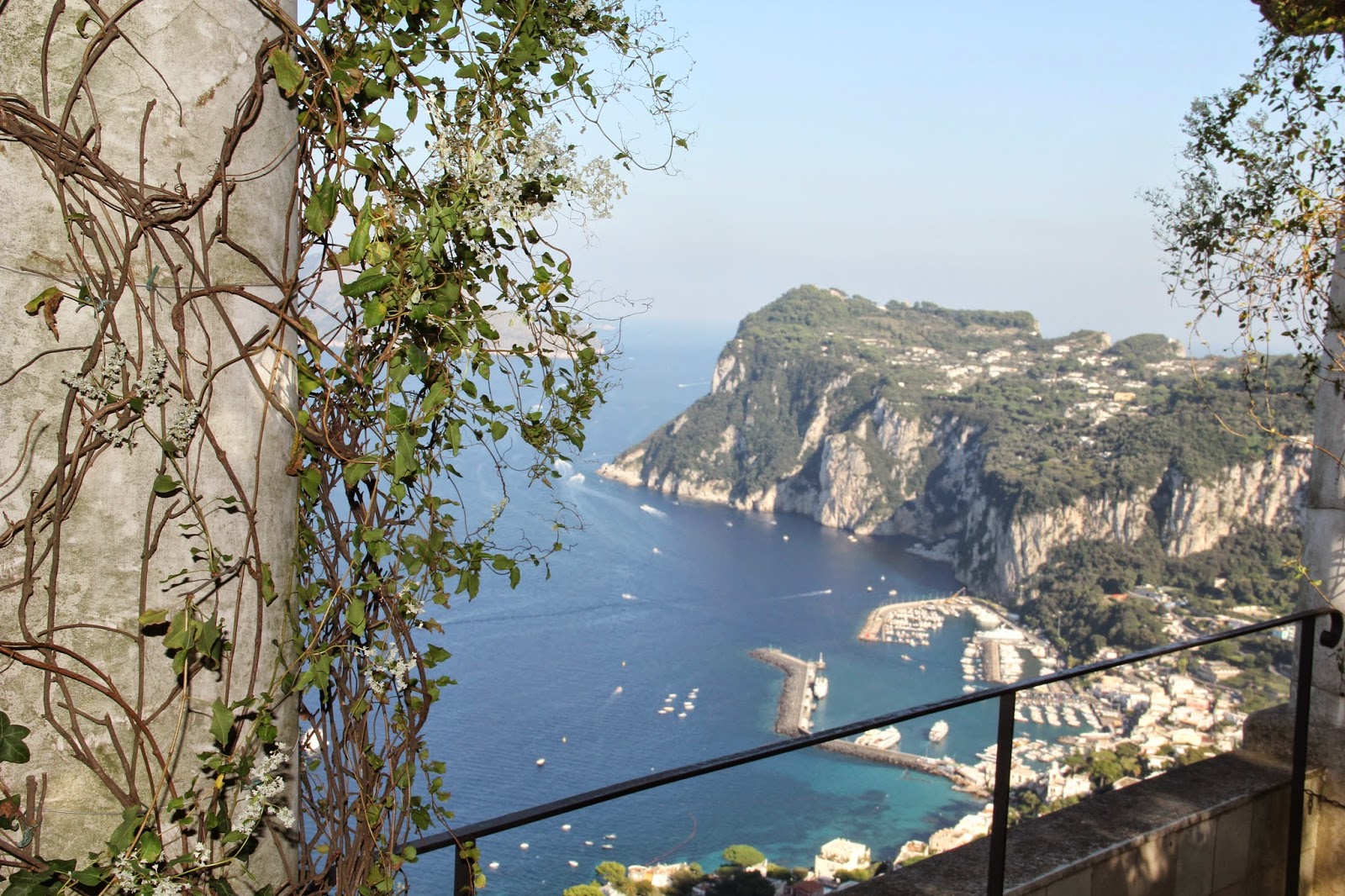 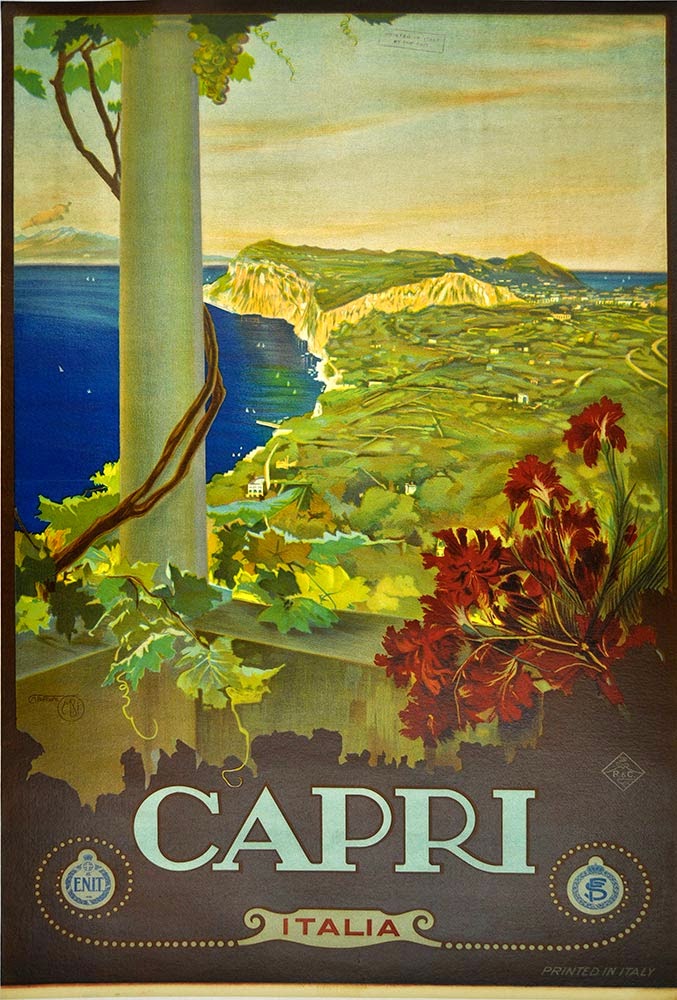 There is a wonderful 1927 Capri travel poster by Mario Bognoni.  I think it was painted from the gardens of Villa San Michele, home of a late 19th century Swedish doctor -- Axel Munthe -- who came to Naples to work with cholera patients.

While in Naples, Munthe became familiar with Capri and bought land at a high point in Anacapri, overlooking the harbor and Capri town.   He adorned his villa with relics from Egypt, Greece and Rome.

Munthe was the personal doctor of Queen Victoria of Sweden.  One of the informational displays in Villa San Michele says, quite delicately, that Munthe and Queen Victoria developed a relationship that was considerably more intimate than was contemplated by the physician's oath.

I tried to match the Bognoni poster, but I am afraid that the score is Bognoni 1, Jack 0.
Posted by Jack at 5:30 AM

I think you did a good job. He is still well known in Sweden. A bit controversial as well.

Jack, you have done a wonderful photo coming close to the historic poster painting. Love the story that goes alone with it.

You got a terrific capture, Jack!! I think you'd better reverse the score!!! And, yes, I love the story, too!! Great one to start the day! Have a fun, photo-taking weekend!!

... will there perhaps be a new travel poster hanging on your wall soon? :)

I think your version is gorgeous Jack. What a wonderful trip you are having and your photos are not disappointing us. WOW

What a grand view!

That is a good guess, Susie. But, there is also a very nice vintage poster of Taormina in Sicily, and that is next week. You will just have to check the walls when you visit!

You did a fine job, Jack! What a view!