The Valley of the Temples is in Agrigento, an old town on the southwestern coast of Sicily. 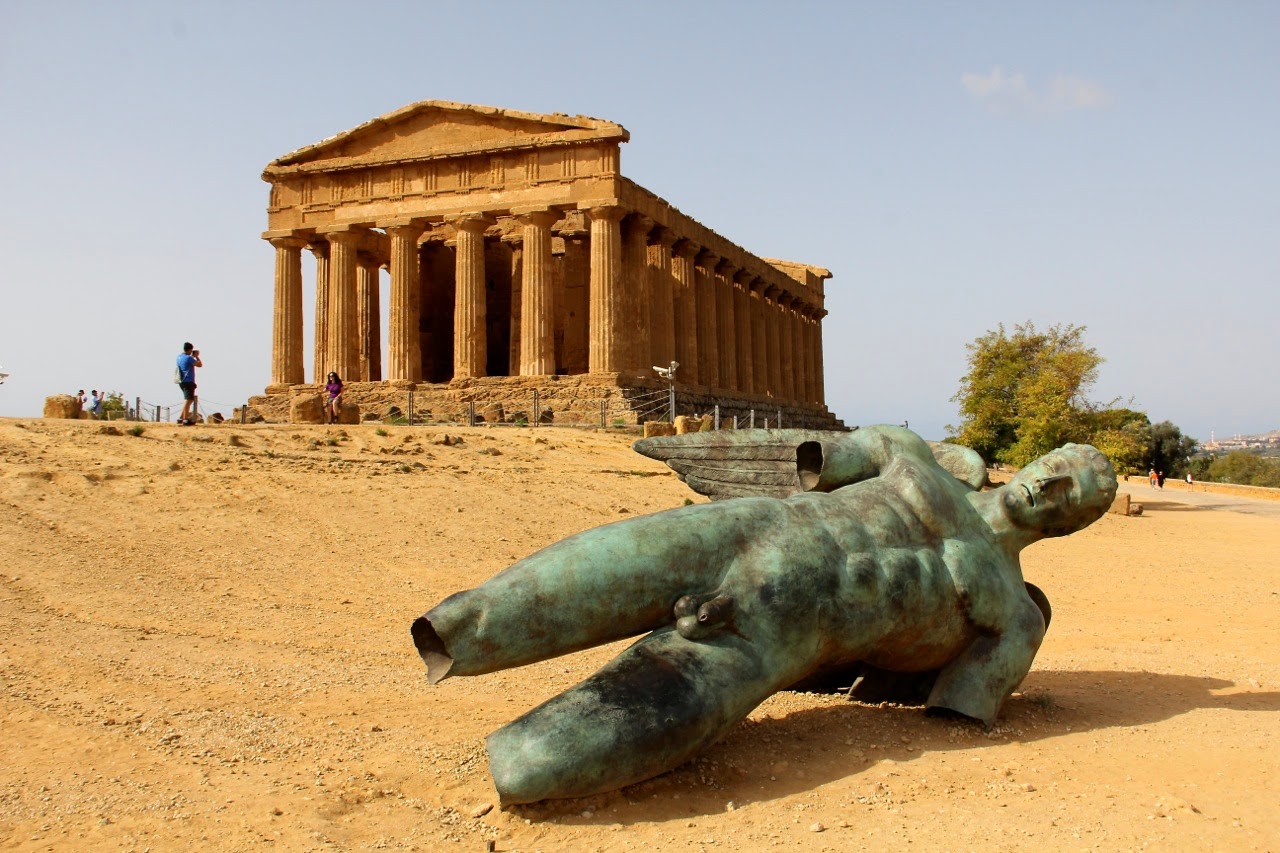 The Temple of Concordia is the most complete temple.  It was built in the fifth century B.C.
and was converted to a Christian church in the sixth century A.D.  That kept it intact.
A 2011 statue of Icharus by Igor Mitoraj now lies to the side of the temple. 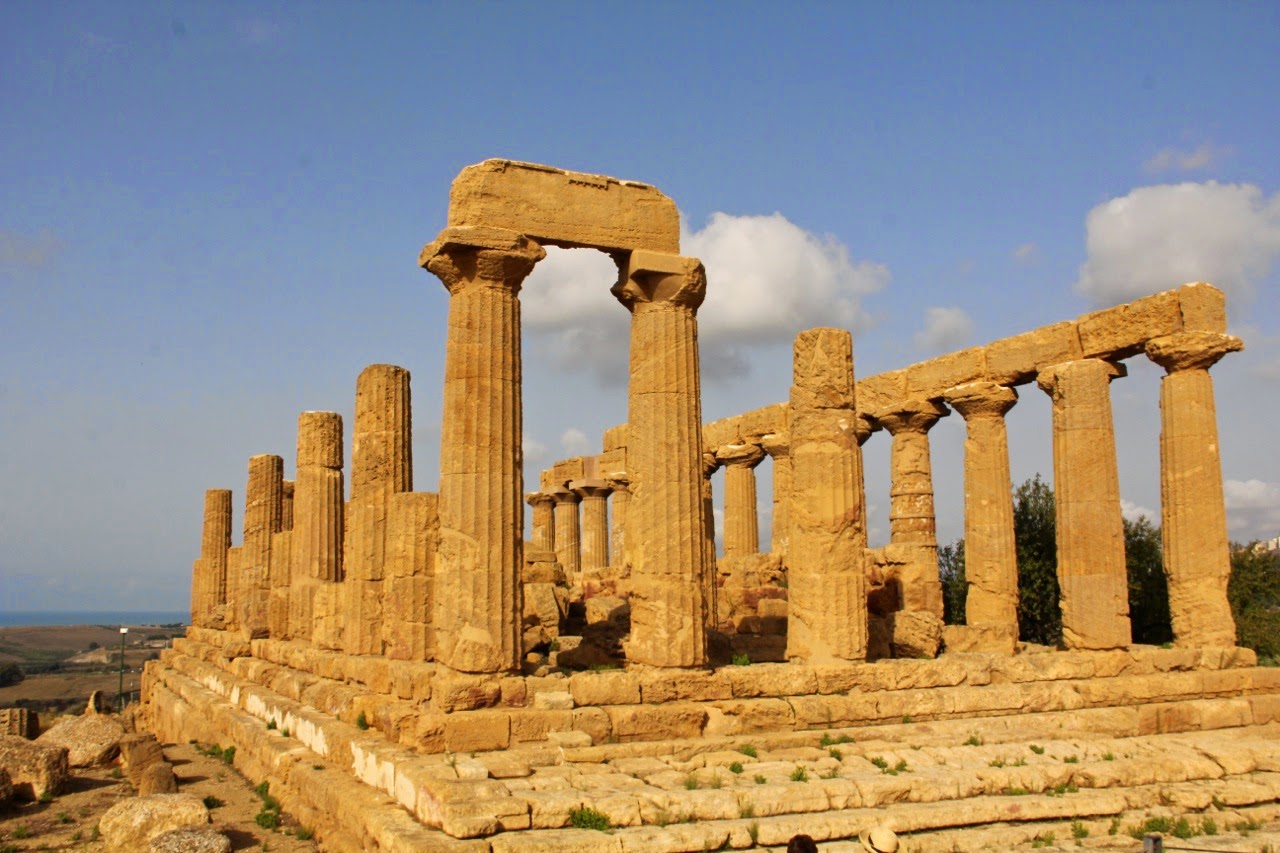 The Temple of Juno (Hera) was also built by the Greeks in the fifth century B.C. and
destroyed by the Carthaginians a hundred years later.
Posted by Jack at 5:30 AM

This has been a fascinating series of photos, Jack. Very nice work. Thanks for sharing your adventure.

That first one is stunning. Poor Icarius.

Beautiful ruins! I'm surprised the Icarius was left there on the ground.

I've just Googled Igor Mitoraj and it seems that all his works are broken in some way. In fact Icharus seems to have got off rather lightly compared to some! This has been a fantastic trip that you have shared with us.

A fantastic trip indeed and I'm so glad you're sharing it with us!! I love these old temples, they're like being back in Greece where I was years ago!! It is sad to see them in such sad shape! Superb captures, Jack, as always!!

I love that first pic so much, Jack! I'm enjoying your trip! ;-)

I too like this first picture ! You were in all fabulous mediterranean places, in heart of history!

Great contrast between classic and modern and an amazing light. By the way, the sculptor Igor Mitoraj died last week.

It's absolutely amazing to me that these buildings have survived as long as they have. Canadians tend to tear down the old and replace them with new.

I didn't realize there were so many ruins in Sicily. These are gorgeous!

My, what a wonderful trip you've had. You haven't mentioned the food, but I hear Sicilian food is fabulous. Are you finding it so?

The top photo is amazing!

Your top photo reminds me of a sonnet:

I met a traveller from an antique land
Who said: "Two vast and trunkless legs of stone
Stand in the desert. Near them, on the sand,
Half sunk, a shattered visage lies, whose frown,
And wrinkled lip, and sneer of cold command,
Tell that its sculptor well those passions read
Which yet survive, stamped on these lifeless things,
The hand that mocked them and the heart that fed:
And on the pedestal these words appear:
'My name is Ozymandias, king of kings:
Look on my works, ye Mighty, and despair!'
Nothing beside remains. Round the decay
Of that colossal wreck, boundless and bare
The lone and level sands stretch far away.