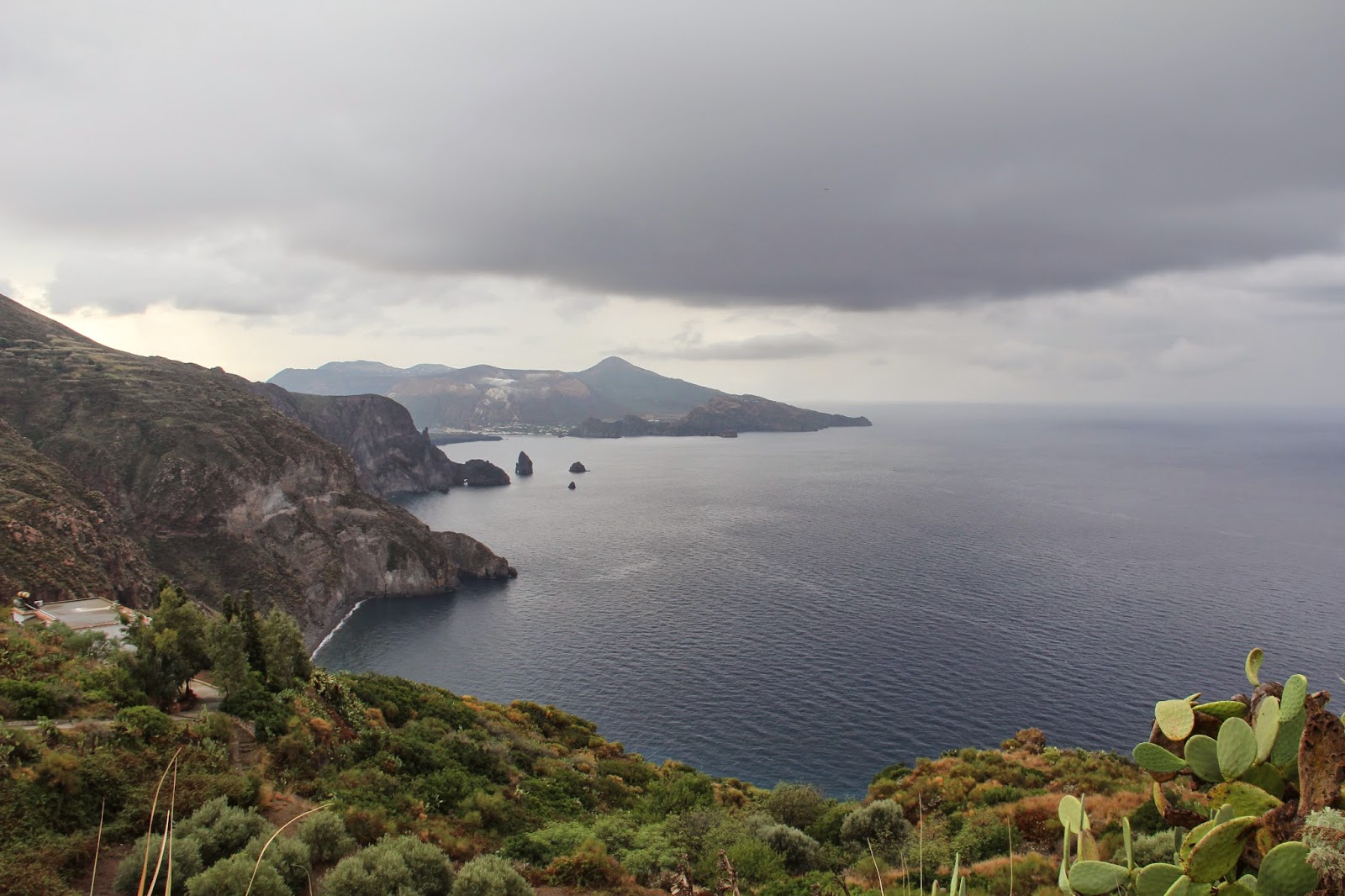 Lipari is the biggest of the volcanic islands off the northern coast of Sicily.
Lying just south of Lipari is the smaller island of Volcano (at the top left),
which is still active, and which gave its name to mountains that erupt.
Puffs of sulfuric emissions show as wisps of white smoke or clouds.
Posted by Jack at 5:30 AM

i remember watching a film in elementary school about volcanoes and it showed people dying in the lava...i remember being so scared of that happening to me, living in san diego it wasn't likely but i was still worried lol

Nice foreground too.
When's the next BIG bang?

I agree with Tanya, I was spooked by the idea of volcanoes when I was growing up although you weren't likely to find any in west Texas!! Great captures as always, Jack!! Hope you continue to have fun -- and take photos!!

I'm enjoying the tour you are giving us, Jack!

Such a grand view, Jack. I guess I wasn't the only one who had those kinds of thoughts growing up- I remember as a child looking out at the escarpment that runs like a ribbon across the province and wondering if it was a volcano ready to go off.

What a wonderful trip ! All the best places and greatest views you could find !

I think that I'll get out a map and follow you around vicariously.