Don't you just love Humans of New York?
We have some humans here, too.

Gary Craig is a longtime Hartford radio personality,.  He was in the Toy Chest collecting toys
and raising money for his charity, We Are The Children.
I bought seven toys and gave them to Gary. 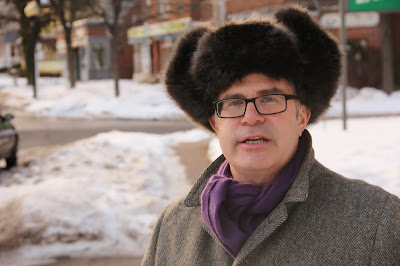 John and I met last summer in a Hartford art gallery.  He has had a tough year.
Several ventures he started didn't work out.  Three friends died.
John is going up to Vermont for the holidays and hoping for a fresh start in 2014. 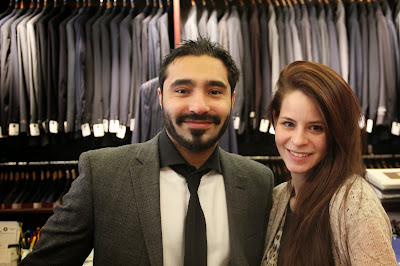 Manoj and Megan work in a men's store in West Hartford center.
My suit-buying days are probably over but I
bought something for my son.

The January theme for City Daily Photo bloggers is "Photo of the Year."
Posted by Jack at 5:30 AM

I'm surprised at the variety of humans in West Hartford. :) Well done Jack. Thanks for the link to Humans of New York.

Yes, Humans of New York is a terrific site; I should "follow" them because those faces always give me a lift! You have humans equally as interesting today.

What a great selection of humans you have today.

I always like portraits, but I am not so good at them...

Marvellous portraits and wishing John all the best.

Nice posts. Maybe that should be a theme day.

Vivid character and characters. Yes, there are humans in New York but, as a native, I must say that there are lots of otherworldly beings, too.

I love Brandon and his HONY blog. I've had some fun photographing strangers for a long time. I think Brandon would be proud of your HOH pics.