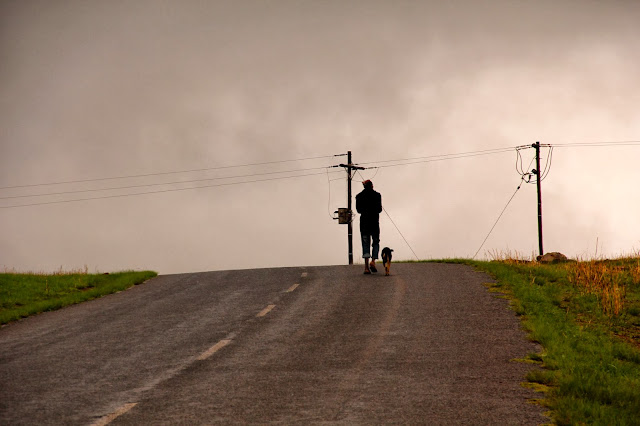 Man and his dog in the traditional lands
below the Cathedral Peak Hotel,
KwaZulu-Natal, in the Drakensberg mountains. 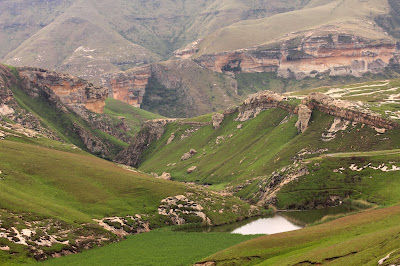 A naturescape in the Golden Gate Highlands, the national
park shown in Wednesday's photos of the isolated farmhouse. 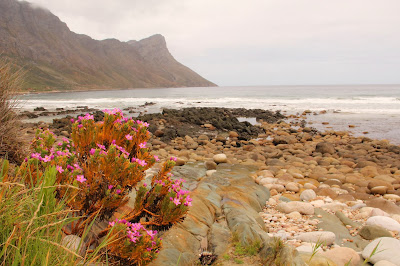 The coast near Betty's Bay, on the Atlantic Ocean east of Cape Town. 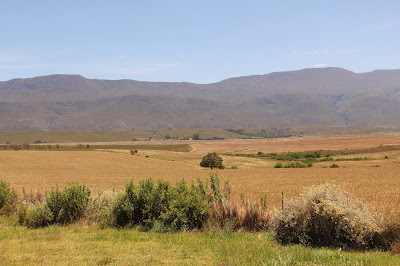 An example of the hundred miles or so of barley fields against the backdrop of
mountains near the south center of the Western Cape.
This area is also called Overberg. 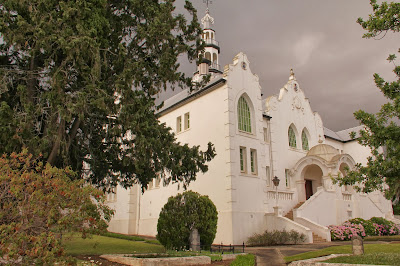 Swellendam is a pretty town in the Overberg, full of Cape Dutch historic
churches, public buildings and homes. 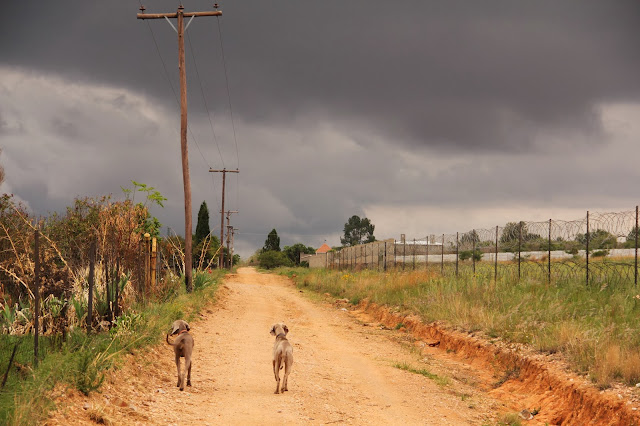 And, my grand dogs -- Sequoia and Lola -- and I take a chance on
a walk (me) /romp (them) in the countryside north of Johannesburg,
in advance of another epic Joburg summer storm.
Posted by Jack at 5:30 AM

They are all excellent photos. The man and his dog look so lonely.

Wonderful set of pictures. Thank you Jack for sharing these with us.

Enjoyed your tribute to Nelson Mandela yesterday and now these beautiful series of shots today.

I really enjoy discovering South Africa through your eyes!What a beautiful country!

Wonderful captures and I, too, am enjoying discovering South Africa through your eyes!! Those are some stormy skies!! Thanks for sharing the adventure!!

Such beautiful scenery! I really love that last shot.

Thank you for sharing your photos of a beautiful land. Hope you didn't get wet walking with the dogs.

These shots- particularly the national park- make me want to go there. Amazing shots, Jack!

Beautiful images filled with warmth and love. I like them a lot Jack!

Fabulous pics, Jack especially the first one of the man & his dog!

I loved that first shot until I saw the last one. Great shots!

The diversity of the landscape is impressive.

What a beautiful series! Of course, I love anything with a dog in it, but I'd love the Golden Gate Highlands even if it didn't pull my heartstrings back to San Francisco. Stunning country!

I'd love to jump right in that last pot and follow the dogs wherever they're off to.

The scenery around there is pretty spectacular Jack. Your last shot here is brilliant!

It looks so beautiful to me!

Terrific selection of landscapes. Look like an interesting place to explore -- especially with camera in hand.

how pretty!
must be so interesting to visit that part of the world... and im curious about the dutch stuff...