The Scott House was built at a prominent location on Ridgefield's Main Street in 1713 by an Irish immigrant, David Scott.  It passed through many hands over the centuries.  By the end of the 20th century it had become decrepit and was no longer suitable for occupancy, especially in the center of town. 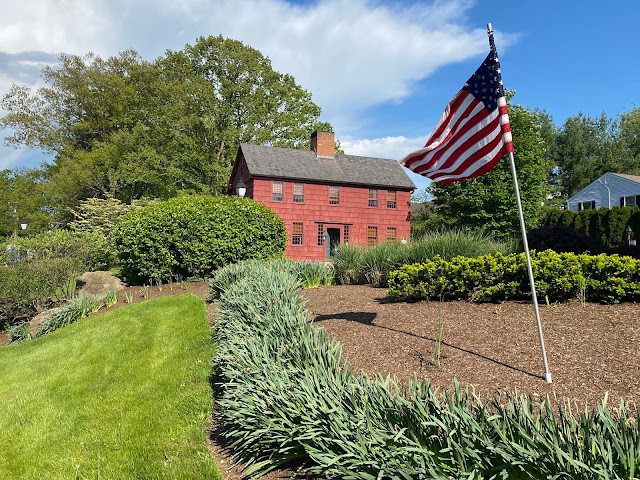 In 1999 the Scott House was acquired by a preservation trust and a fundraising campaign began.  The house was disassembled and, when enough funds were raised, reassembled several blocks away from the center of town.  It is now occupied by the Ridgefield Historical Society.

Good that it was saved.

It must have been fun (for the carpenters) to take down a house that had been originally built in the early eighteenth century...seeing all those beams and the construction methods.

How fine this historic house could survive even if it is in a new location. At least it being used and loved.

It’s beautiful!! So glad it was saved!!