Though relatively small, Ridgefield has its own art museum, the Aldrich Contemporary Art Museum. 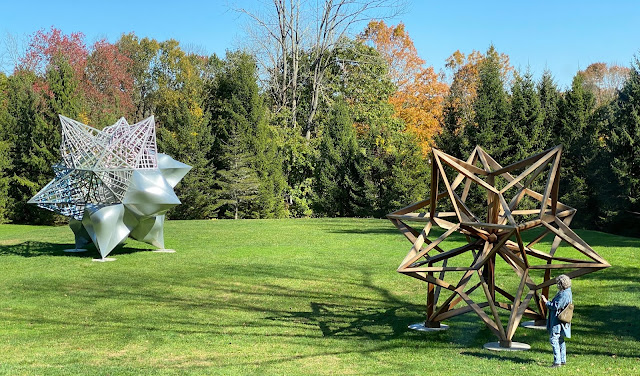 A current show features Frank Stella.  Stella is known best for his big, colorful and geometric paintings.  The Aldrich is displaying a series of star sculptures, some big ones outdoors and many more inside.  The stars are also geometric but quite different from the paintings for which he is best known. 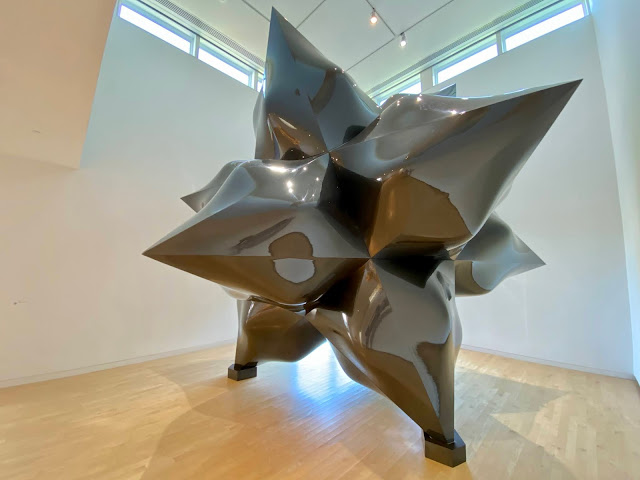 This huge star sculpture is one of Stella's recent ones, made from carbon fiber. 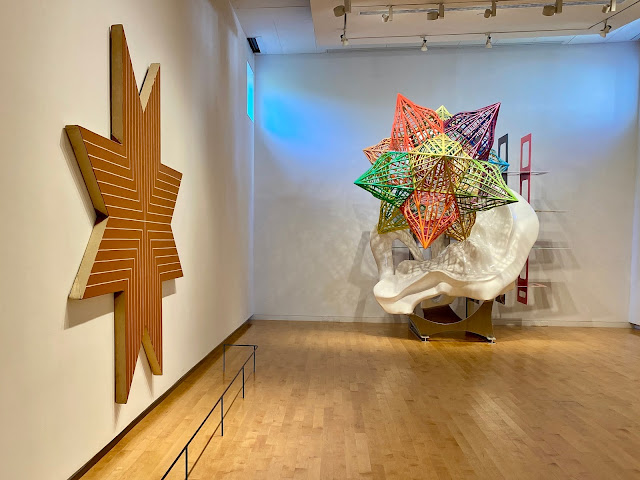 One room shows a Stella star painting, the kind of work for which he originally derived his reputation, contrasted with a colorful star sculpture. 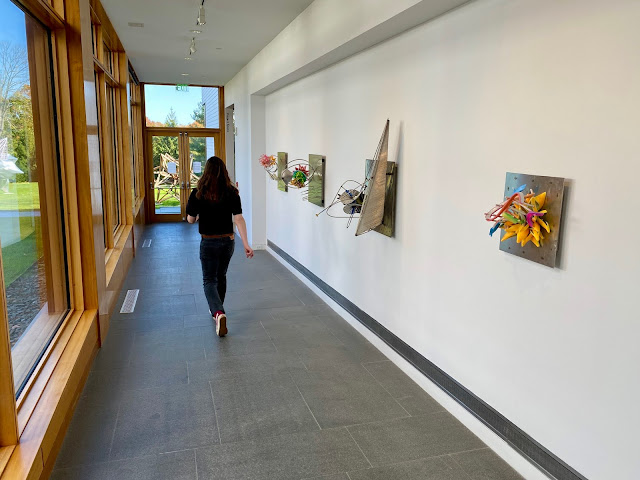 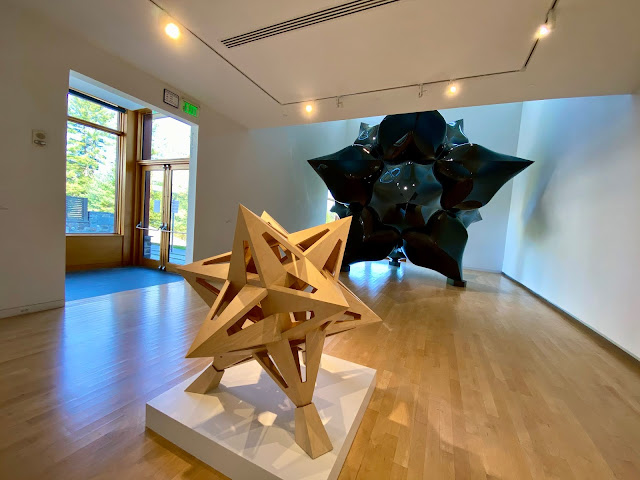 Stella is now in his 80s.  The Aldrich included one of his paintings in an exhibition early in his career and has shown other works in numerous other exhibitions.  This is its first exhibition devoted solely to Stella.

I have seen his paintings. He has always blurred the line between painting and sculpture. Thank you for showing his star sculptures. What a great show

They look like they landed from space. I especially like the wooden framework one in the top photo.

These are great Jack! I was only familiar with his paintings before this. How lucky to have such a gallery close by the new house.