Out of the Jurisdiction: Montreal Murals

A Montreal neighborhood has many murals, and this week is the annual festival
during which new mural are painted. 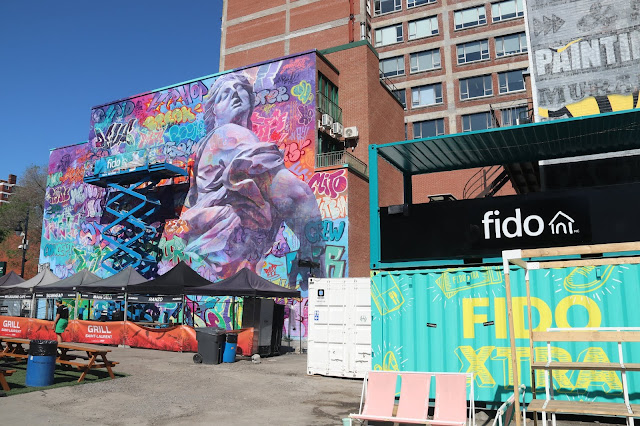 This is a new mural being painted this week.  I think the artist is Hachem. 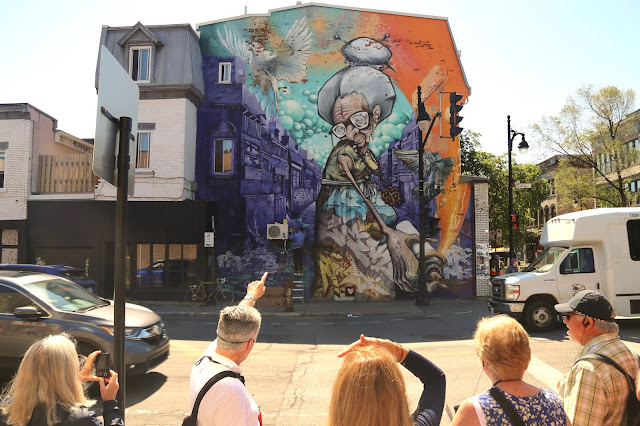 This mural from a previous year symbolizes the good and bad of immigrating to Quebec. 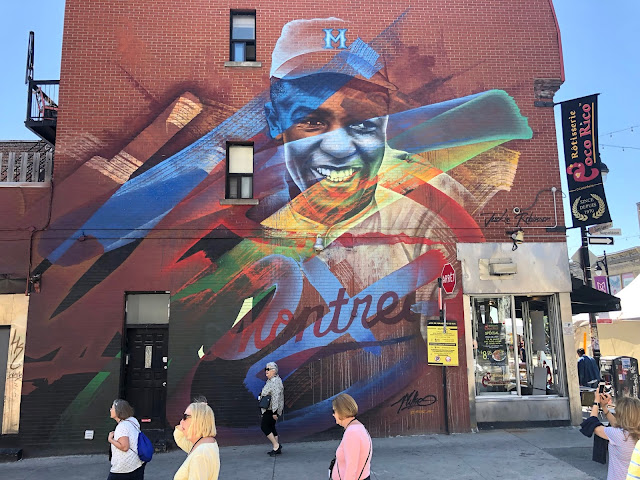 A mural honoring Hall of Fame baseball player, Jackie Robinson, the first black player in the major leagues.  He played two years in Montreal before being called up to the Brooklyn Dodgers. 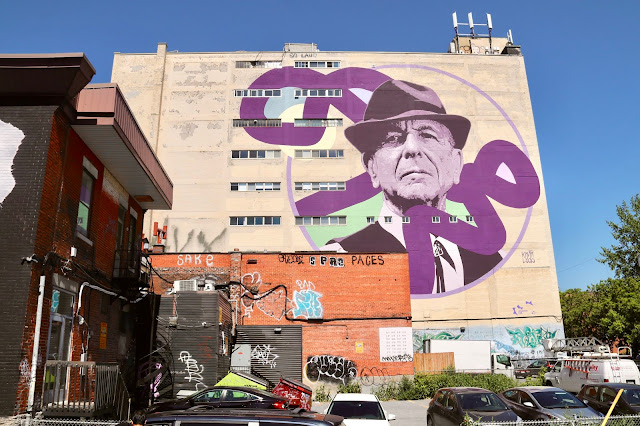 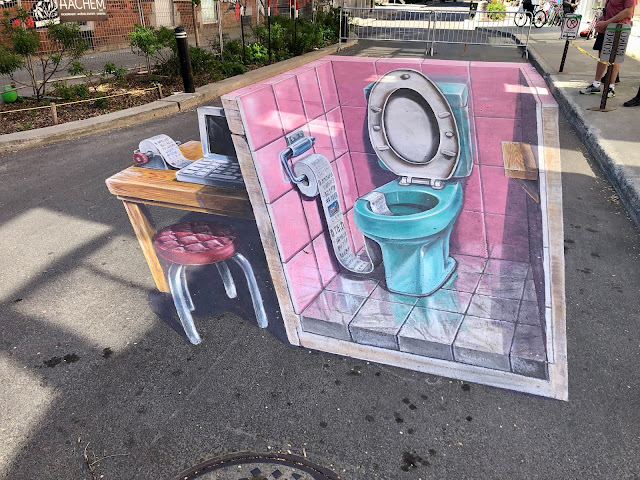 A clever new temporary mural was painted on the pavement.  From all other perspectives, it is elongated, but from this one spot it has normal perspective.  It is called "Fake News,"
and has newspaper printed on the toilet paper. 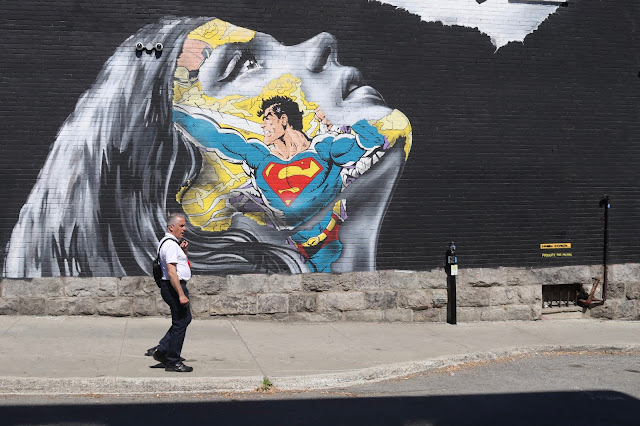 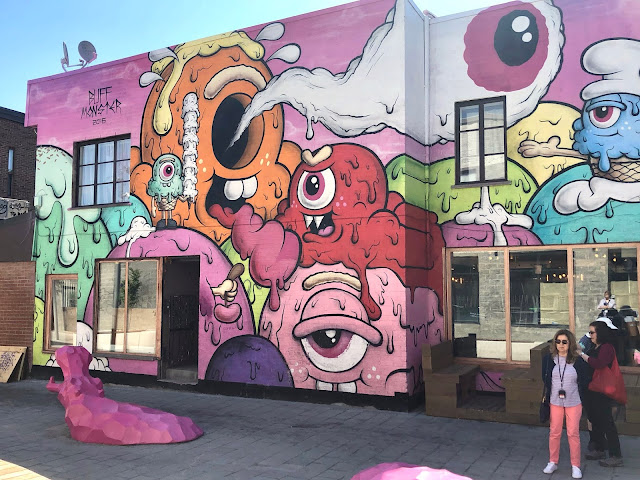 Montreal loved Jackie Robinson. When the team won the championship, the crowd hugged him and put him on their shoulders. It was written that it was the first time in history that a black man ran from a white mob with love instead of lynching in their hearts.

These are fantastic. Thanks for capturing them for us.

These are great, Jack!

Going there this weekend, maybe will gave time to check these out!

I love that Fake News one! It's so amazing to see these and you photographed it perfectly.

Was thinking how difficult perspective must be on these large scales when scrolled down to the toilet. So clever!